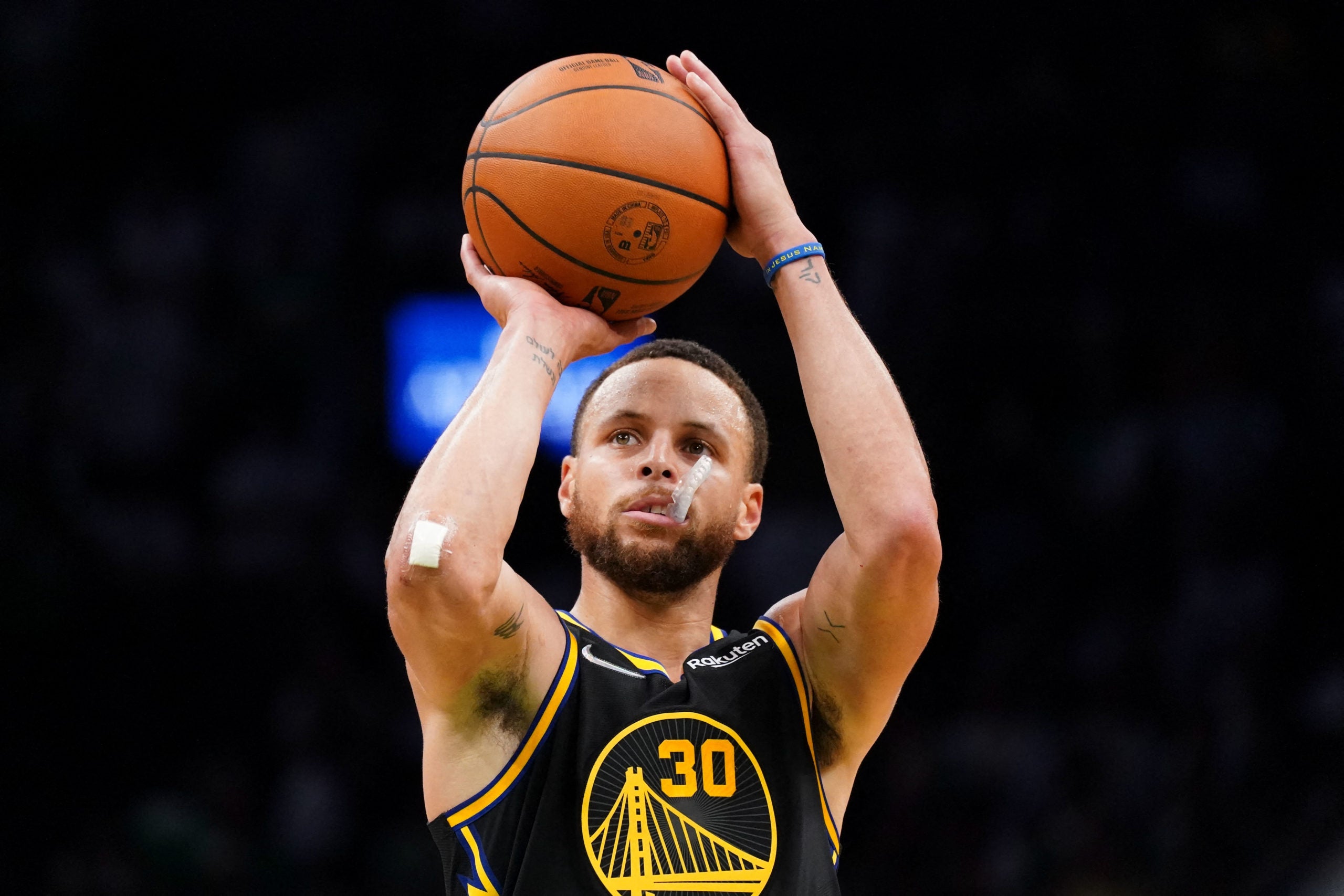 Stephen Curry’s 43-point masterpiece in Game Four of the NBA Finals on Friday left his Warriors teammates, his coaches and basketball fans everywhere in awe.

With Golden State in jeopardy of falling into a 3-1 hole against the Celtics in Boston, Curry was magnificent, shooting 14 of 26 from the field with seven three pointers while collecting 10 rebounds to level the series 2-2.

“Probably number one,” Klay Thompson said when asked to rank Curry’s performance in a Finals game.

“It was nearly a must-win game, so to go out there and shoot as efficiently as he did and grab 10 rebounds all while they are attacking him on defense? His conditioning is second to none in this league.

“He put us on his back and willed us to win,” he said.

“Much-needed win, a game we had to have, and he came out and showed why he’s one of the best players to ever play this game and why this organization has been able to ride him to so much success.

"The things he does we kind of take for granted from time to time."

Four-time NBA champion LeBron James weighed in to say that Curry was “different” from other players and that he still does not get the respect he is due.

“It’s rare and rare is not liked and appreciated,” James tweeted.

After the game, Curry redirected praise onto his teammates.

Warriors head coach Steve Kerr, who hopes to lead the franchise to its fourth championship in eight years alongside Curry, Thompson and Green, said he felt blessed.

“Whenever I’m done coaching, I will look back and say thank you to Steph because night after night he has made this situation for us as an organization easy for everybody,” Kerr said.