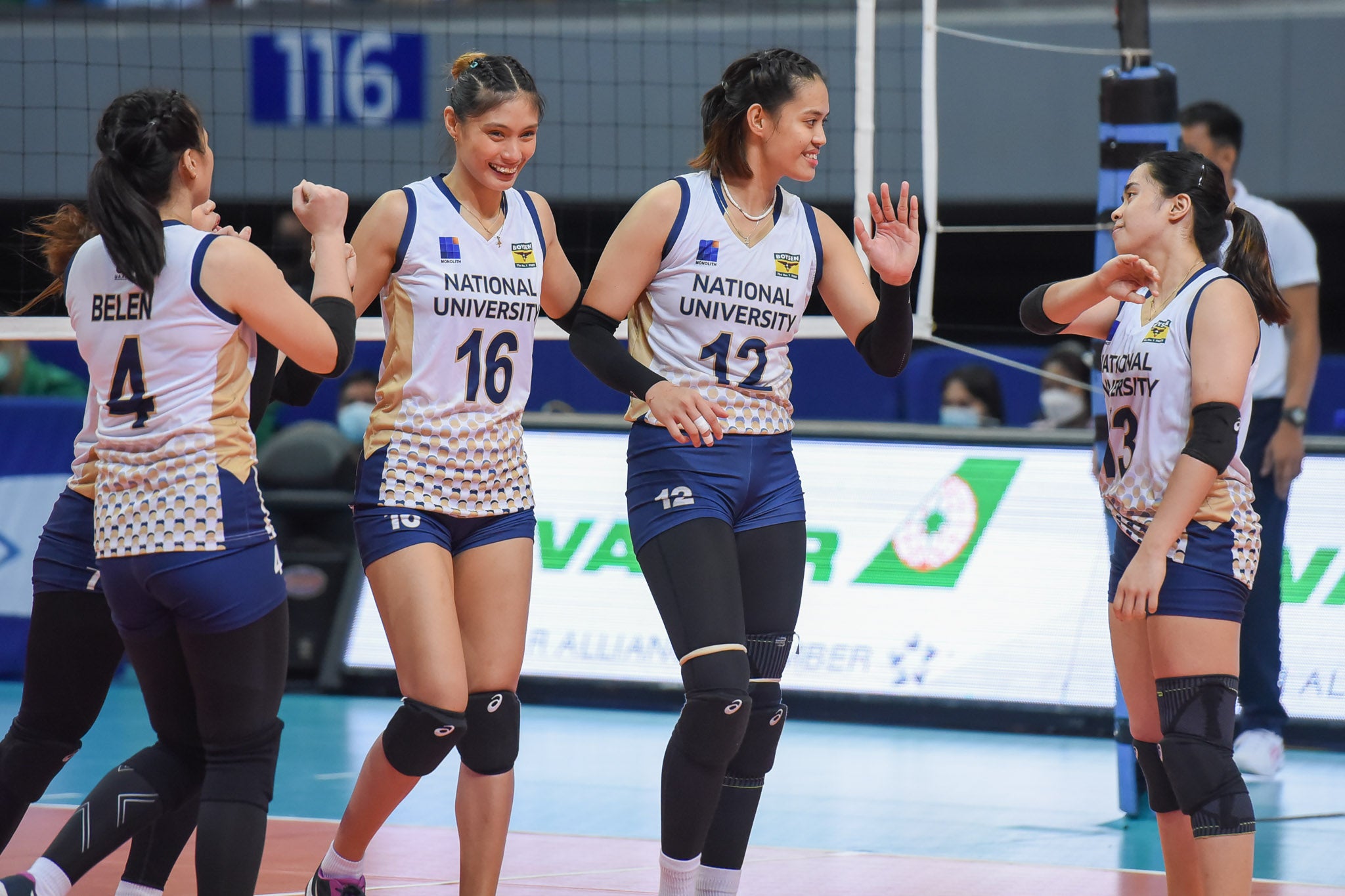 Moving a win closer to ending a 65-year title drought, the Lady Bulldogs remained unbeaten and unstoppable, dominating the Lady Spikers, 25-20, 25-12, 25-21, in Game One of the biggest stage of UAAP Season 84 women’s volleyball tournament on Saturday at Mall of Asia Arena.

“Nothing extra. I think my players are motivated every time we play them and when it comes to big games like this,” Dimaculangan said after scoring their 15th straight win, a victory away from a perfect season.

Belen, who scored 15 points to lead their game one victory, admitted they are more determined to play better when they face La Salle because of its successful program that won 11 UAAP championships.

“For me, I don’t know why we play differently against La Salle. But I think we’re extra motivated because of their successful history under coach Ramil they won many championship crowns,” said Belen in Filipino. “I hope we keep this eagerness.”

NU had 11 blocks against La Salle, which was the best blocking team in the elimination round. The Lady Bulldogs also outplayed the Lady Spikers in attacking with a 43-23 edge and in service with an 8-2 difference in aces.

“We prepared, watched, and reviewed the games of La Salle. We studied their tendencies and anticipated their movements. Good thing, we executed well,” Dimaculangan said.

Despite their dominant win, Dimaculangan stressed they need to address their errors after giving up 25 free points off their errors to La Salle.

“We can’t afford to give up free points. This is the finals we can’t let this up,” the NU coach said. “We just have to sustain our energy and focus next game. But my players’ mindset, they are always ready.”

NU tries to win complete a perfect season and its first women’s volleyball crown since 1957 in Game Two on Tuesday.