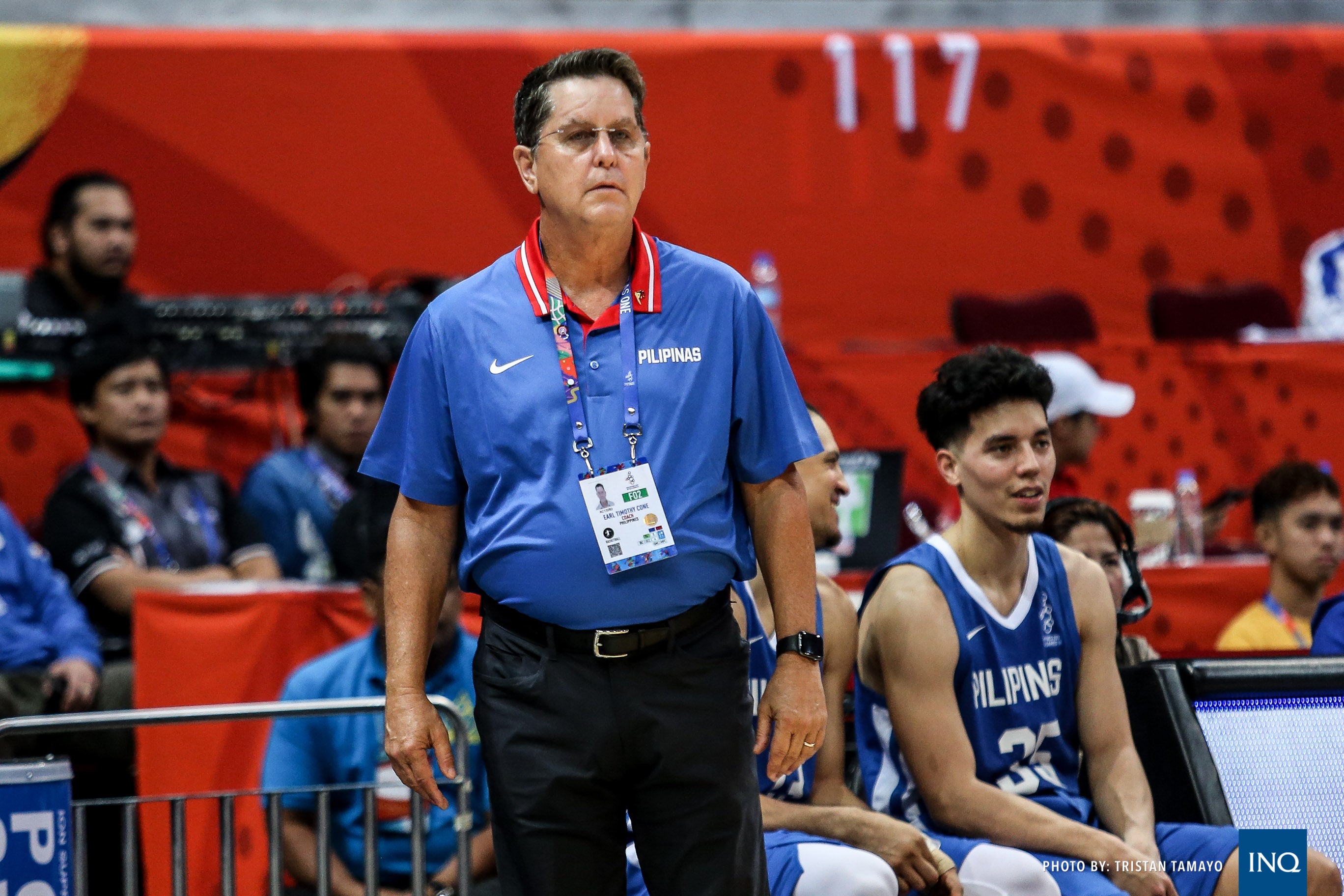 Coach Tim Cone during a game in the 30th Southeast Asian Games. Photo by Tristan Tamayo/INQUIRER.net

No less than Gilas Pilipinas program director Chot Reyes bared the development during his acceptance speech for a record sixth Coach of the Year in the PBA Press Corps Award Tuesday night at Novotel Manila in Cubao, Quezon City.

“He’s the winningest coach in PBA history. He has to be in that team competing in the World Cup,” Reyes told the Inquirer.

San Miguel Corp. sports director Alfrancis Chua, who was also named Executive of the Year that night, said that Cone will begin serving the national team when the preparations for the 2023 World Cup that the Philippines will be cohosting with Japan and Indonesia kick into high gear.

“I don’t see any complications,” Chua, also Barangay Ginebra’s representative to the PBA Board, said of Cone’s role in Gilas Pilipinas.

The move was a product of a closed-door meeting between the two power blocs ruling the country’s premier pro league.

Cone steered the National Five to a gold medal in the Southeast Asian Games here back in 2019. He also called the shots for the Centennial Team to a podium finish during the Asian Games in Bangkok, Thailand.

Reyes and Cone saw action together during that bronze-medal winning bid. Prior to that, the former served as an assistant to the latter in the legendary Alaska franchise.