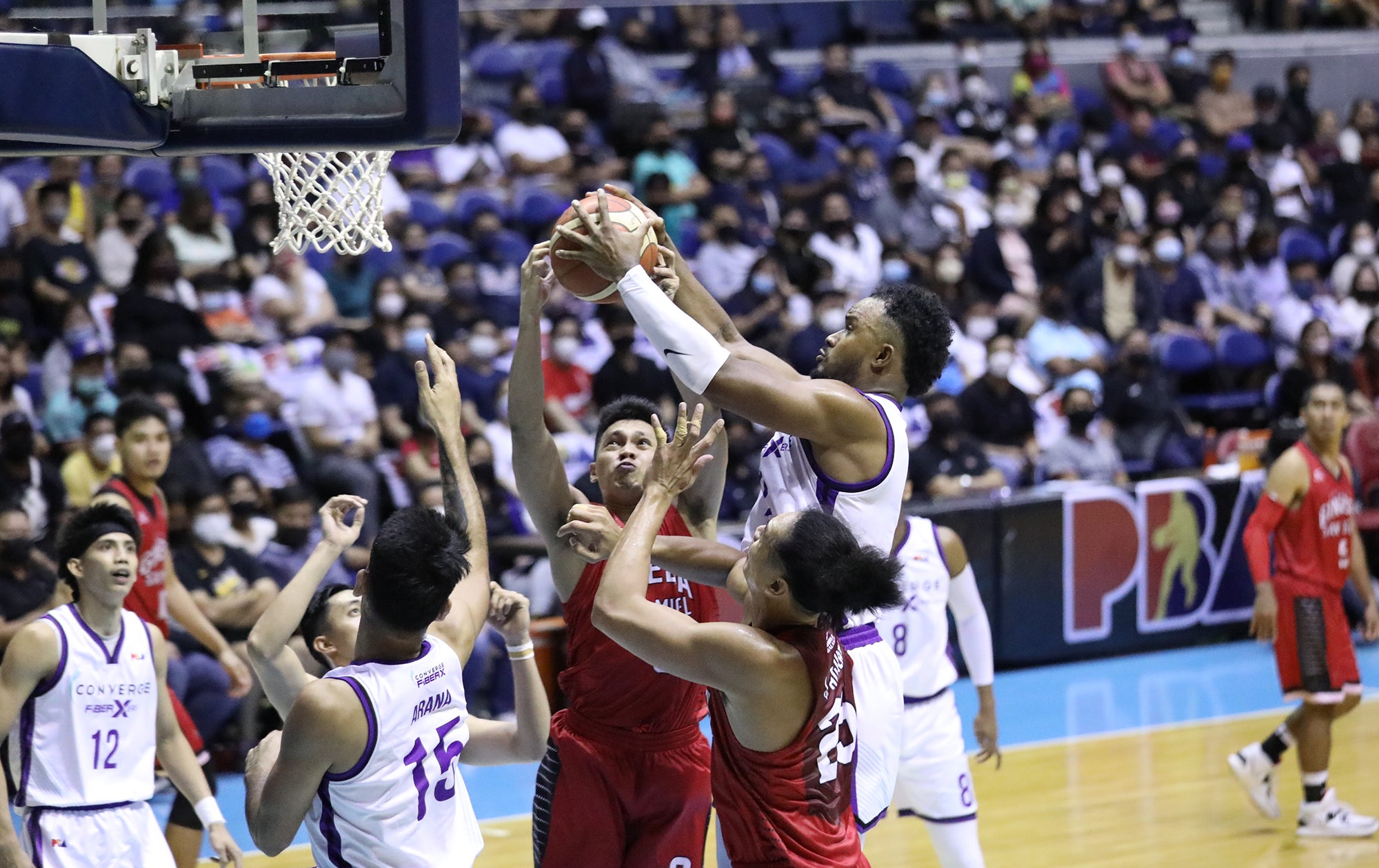 MANILA, Philippines–Playing its first game without coach Tim Cone, Barangay Ginebra annexed a third straight win at the expense of Converge on Friday night, 105-89, keeping its lofty spot in the 2022 PBA Philippine Cup.

Scottie Thompson led the way for the crowd darlings, putting up 24 points that went with six rebounds and six assists.

“We’re motivated coming into this game because coach Tim is away. So we wanted to get as many wins while he’s out,” the Most Valuable Player said shortly after the clash at Smart Araneta Coliseum.

Japeth Aguilar added a double-double of 20 points and 11 rebounds while Christian Standhardinger 13 and 13 as the Gin Kings won their fifth game in six outings.

“Converge coming off a tough loss, and us coming off a big win over the same team we didn’t want to fall in a trap taking this team lightly,” said Richard del Rosario, who’s filling in for Cone who is in the United States for a “bucket list” NBA Summer League coaching gig with Miami Heat.

Stanley Pringle turned in 11 points off the bench and through strictly monitored playing time, while Prince Caperal added nine while Nard Pinto eight as the Gin Kings bolster their bid for a twice-to-beat playoff advantage.

Allyn Bulanadi finished with 16, while Abu Tratter pumped in 13. Maverick Ahanmisi and RK Ilagan had 10 each for the FiberXers which dropped to 2-5.

“One loss could really pull you down, so that’s what we wanted to avoid. Now we have momentum going into the next game,” Del Rosario said as the Gin Kings gird for defending champion TNT.

The two heavyweights clash Thursday next week, also at the Big Dome.