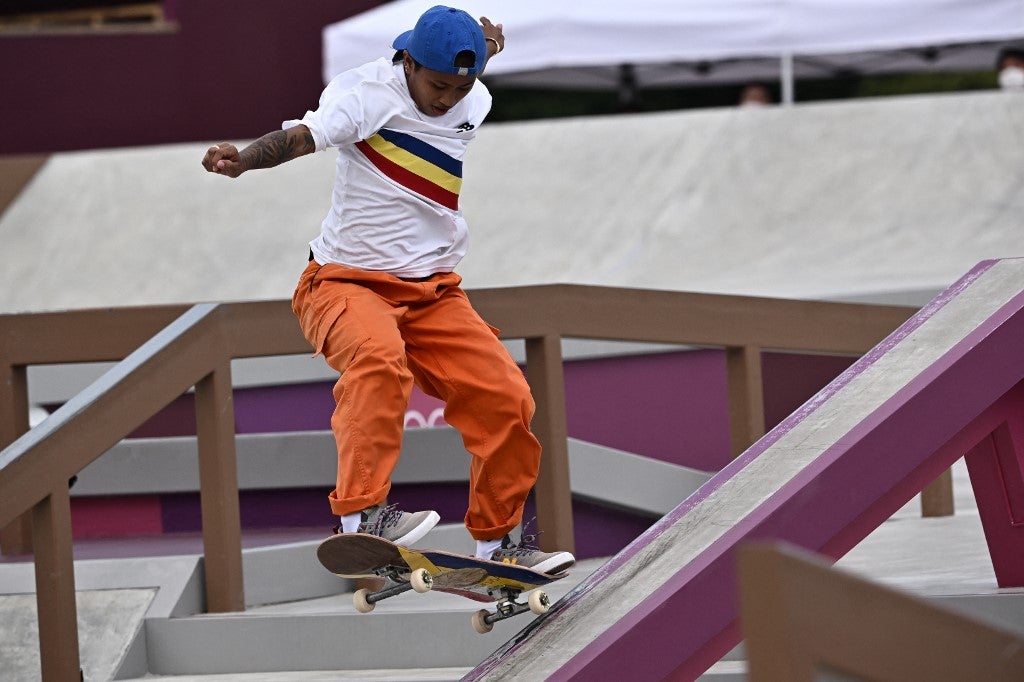 The reigning Asian Games champion made the cut in the 32-skater quarterfinals of women’s street event, easily earning points in the first of several Olympic qualifying meets on the way to Paris.

Didal garnered 37.95 points in her second routine in the open qualifier to progress to the quarters where the Cebuana skateboarder scored 43.79, an output short of securing a spot in the semifinals.

Winding up 18th, however, was enough for Didal to kick off her Olympic qualifying campaign on an auspicious note.

A total of 22 slots are at stake in the women’s street event in Olympics made up of 20 quota places, one host country nominee and one universality slot.

Several competitions offering Olympic qualifying points and sanctioned by World Skate are lined up until June next year, giving Didal more chances of getting another shot at donning the national colors at the quadrennial Summer Games.

Didal’s Olympic debut in Tokyo last year yielded no medal, but she came out fighting and proudly finished seventh.