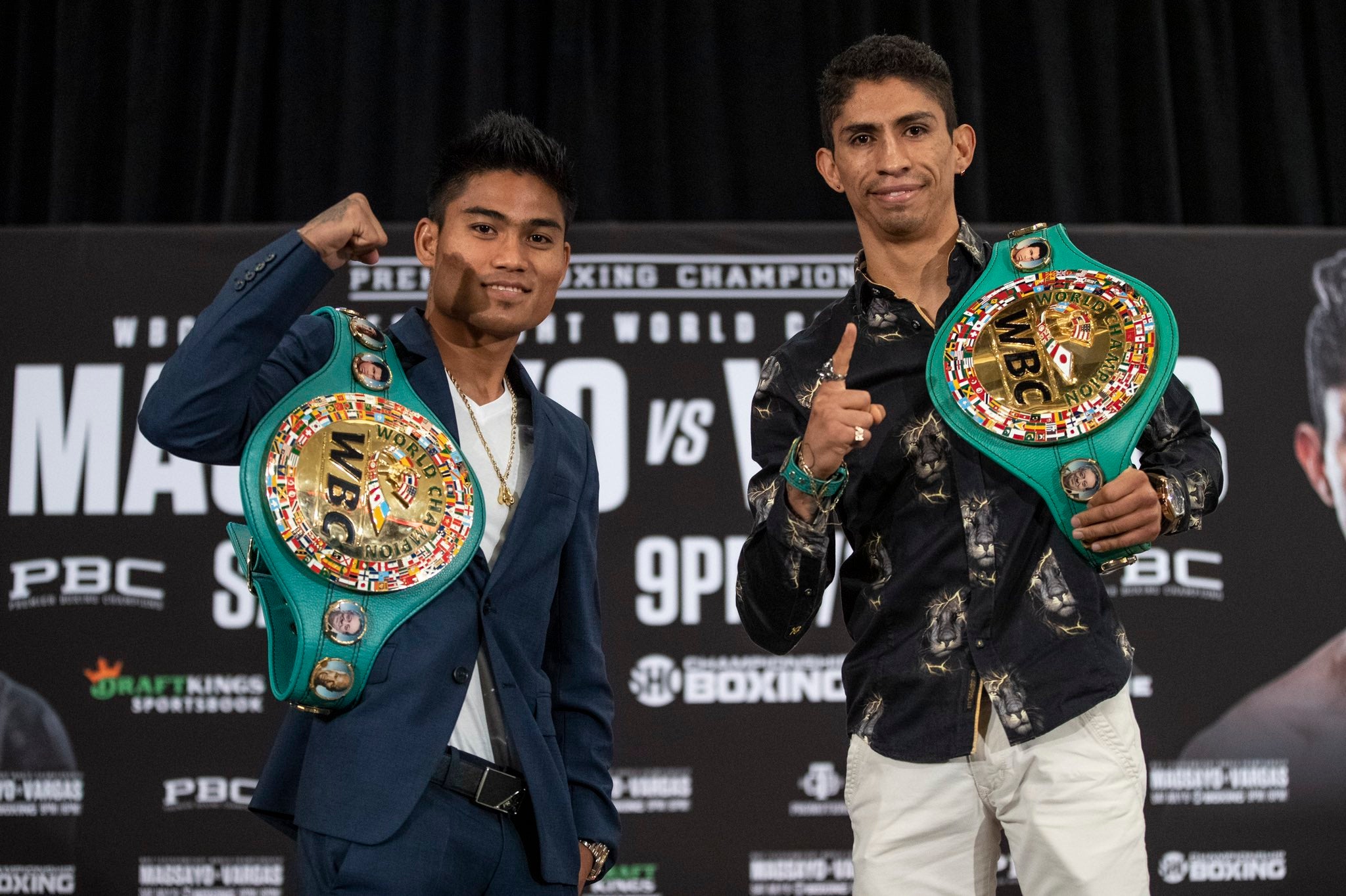 The showdown at the Alamodome in San Antonio, Texas, is special for Magsayo because it’s the same venue where superstar Manny Pacquiao stopped Mexico’s Marco Antonio Barrera in 2003.

“I’m excited to be fighting in the same venue where my idol Manny Pacquiao fought Marco Antonio Barrera,” Magsayo said. “That was the first fight I ever saw and the reason I started boxing.”

Magsayo, 24-0 with 16 knockouts, won the title in January with a majority decision over American Gary Russell Jr. while Vargas, 35-0 with 22 knockouts, had been the WBC super bantamweight champion

“I’m hoping he doesn’t run too much in this fight,” Magsayo said of Vargas. “If I’m able to get to the right distance with him, I’m going to get the knockout.”

Vargas returned to the ring after a layoff of more than two years with a 10-round unanimous decision victory over countryman Leonardo Baez last November, making his debut in the 126-pound division ahead of his title showdown.

“Magsayo will come out strong with lots of energy, but we will counter that,” Vargas said. “That’s when we’ll tear his head off.”

Magsayo says he has learned from Pacquiao but resists comparisons as the next version of legendary southpaw.

“The thing I learned from Manny Pacquiao is that discipline is the most important thing,” Magsayo said. “Without that, you’re nothing in this sport. That’s what helps drive me day after day.

“I’ve become a much more accurate puncher with a legendary coach like Freddie,” Magsayo said. “I’m prepared for anything he brings. It doesn’t matter how he fights, I’ll be ready for it.”

Vargas, 31, has worked out in Mexico with Ignacio “Nacho” Beristain, his trainer since he started boxing.

“I’m not overconfident, but I know how hard I worked,” Vargas said. “I’ve been preparing well for this fight. The hard work is done. We know he has great power but we’ll be ready to counter that and anything else he brings to the ring.”