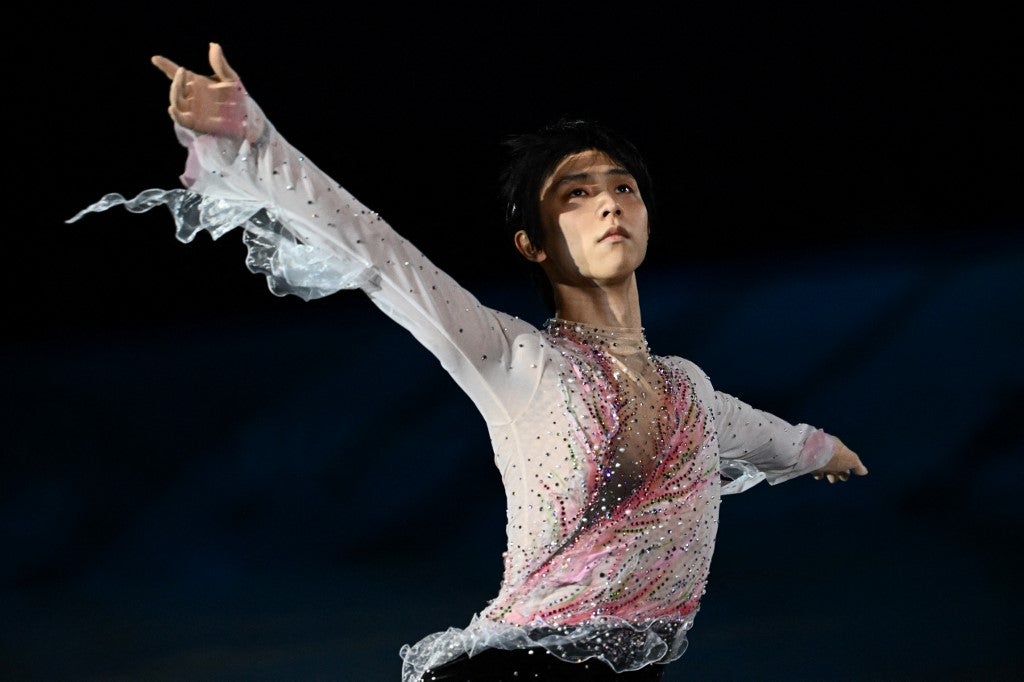 FILE–Japan’s Yuzuru Hanyu performs in the figure skating exhibition gala during the Beijing 2022 Winter Olympic Games at the Capital Indoor Stadium in Beijing on February 20, 2022. (Photo by Anne-Christine POUJOULAT / AFP)

Japanese figure skating star Yuzuru Hanyu has called a press conference later Tuesday, with speculation swirling that the “Ice Prince” will announce his retirement from competition after struggling with injury at this year’s Winter Olympics.

The two-time figure skating champion was dethroned as Olympic champion in February by US star Nathan Chen, finishing in a disappointing fourth place in Beijing.

At the time, he said he would “like to skate at the Olympics again,” but the Kyodo news agency and other Japanese media said Tuesday that the skating sensation will announce he is to hang up his blades.

With his elegant skating style and delicate, boyish looks, the 27-year-old has a legendary following among his “Fanyus,” who shower the ice with Winnie the Pooh toys after his routines.

He began skating as a child in his native Sendai, in Japan’s northeast and won his first Olympic gold in Sochi in 2014, before becoming the first man in 66 years to defend his title at the 2018 Pyeongchang Games.

But he has been dogged by injury in recent years, including an ankle ligament problem that he had to overcome to win his second Olympic gold.

The same ankle forced him to miss the 2021 Grand Prix season, but he returned at national championships, where he attempted to become the first skater to land a quadruple axel jump which was expected to be his secret weapon at Beijing.

But instead, the elfin skater tumbled twice and said: “It feels like everything has gone wrong this time around.”

Hanyu is likely to continue skating at exhibitions and performances like his popular “Fantasy on Ice”, reports said, catering to his adoring fanbase.