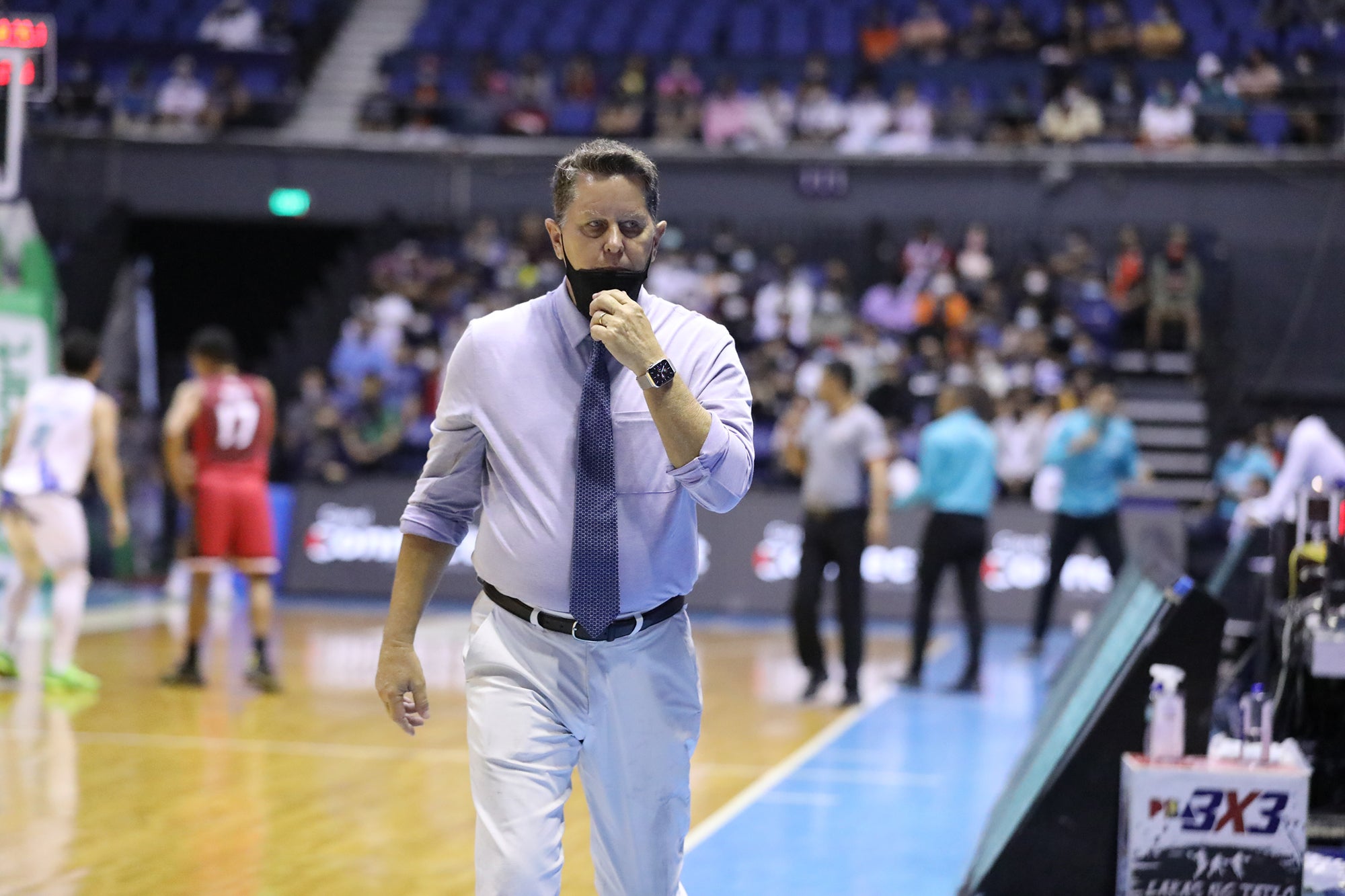 MANILA, Philippines — Ginebra head coach Tim Cone got Chot Reyes’ back amid the criticisms the Gilas Pilipinas has been receiving from a disappointing finish in the 2022 Fiba Asia Cup.

“He knows in me that I’m gonna have his back and I’m gonna be his guy that will support him at all cost,” said Cone after Ginebra’s 100-93 victory over Phoenix Super LPG, 100-93, on Thursday at Smart Araneta Coliseum.

“That’s what assistant coaches do, we are there to support the coach,” he added.

The multi-titled PBA coach, who was tapped to be one of Reyes’ assistant coaches for the Fiba World Cup 2023, understands the frustration coming from the national team’s ninth-place finish in the continental meet, missing the quarterfinals for the first time since 2007.

But Cone has a different perspective.

“It’s always disappointing when you lose. I’ve looked at it in a way that this is an evaluation period. We’ve already assured our spot in the World Championships so why put all of it in right now,” said the Ginebra coach, who has yet to join Gilas due to the ongoing Philippine Cup.  “To me, it’s more of an evaluation and almost like a tryout to see who’s playing at this point. They’re just getting ready and trying different guys.”

Cone pointed out that “it’s been a real mix of teams” playing without Junemar Fajardo and Dwight Ramos, who was ruled out due to shin splints, and got Ray Parks Jr. representing the country for the first time since 2017.

“So for us to have these high expectations that we’re gonna go out and play this great basketball right now I think it’s a kind of unfair and not realistic at this point,” he said.

Cone looks forward to joining Reyes, whom he worked in the past at Alaska, and hoping things could get prettier for Gilas after a string of disappointing results from the silver medal finish in the 31st Southeast Asian Games in Hanoi last May to only winning a total of two games — both against India — in the Fiba World Cup 2023 Asian qualifiers third window and Asian Cup in Jakarta this month.

“As for my role, I’m looking forward to joining. I’ve worked with Chot over the years… We know each other really well, we know each other off the court,” he said. “I think the way it’s going right now it could be prettier, it could be more pogi in terms of beating the teams and winning.”

Cone seeks to help the team’s world cup bid, focusing on defense and chemistry, especially when their full three-month preparation begins in May next year.

“The real stuff is still ahead of us when they formed the whole coaching staff, when they form the whole team and when we can all start moving forward and I just don’t think we are at that part right now. I don’t think anybody, even in the other countries, can name the 12 players,” he said.