After bronze at worlds, EJ Obiena eager for more glory 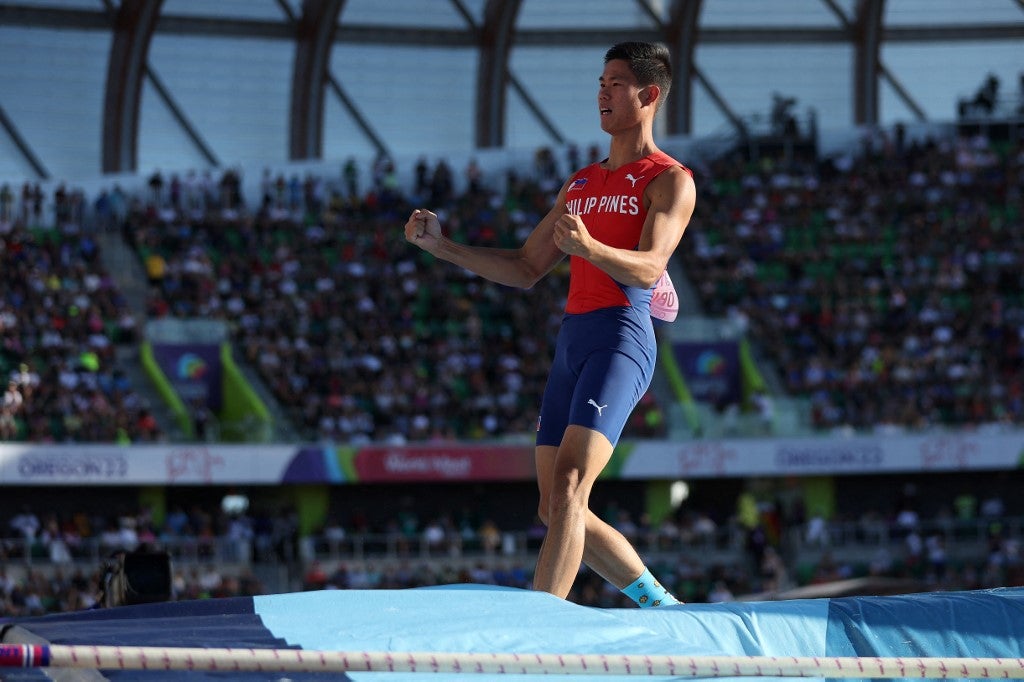 MANILA, Philippines—EJ Obiena has no plans of letting up after reaching another milestone with a bronze medal at the World Athletics Championships.

If anything, his podium finish—the first ever for the Philippines in any event at the worlds—gave Obiena extra motivation moving forward.

“One of the things I said, I felt I would be happier winning a bronze medal but then missing that six meters made me feel like yeah there’s still things that I need to do.”

Obiena cleared 5.94m on the second try to win the bronze behind American Chris Nilsen and Swede Mondo Duplantis, who reset the world record at 6.21m.

Obiena believes it’s only a matter of time before he conquers the 6-meter plateau which will put him in elite company.

“Hopefully not long enough. There’s only 24 people that have done that in history and I wanna be the 25th,” Obiena said.

The 26-year-old Obiena returns to competition on August 6 in the Diamond League in Chorzow, Poland where he faces Duplantis, Nilsen and other top pole vaulters in the world.

“Confidence wise, it’s definitely boosted knowing i can win a medal in a championship this big,” Obiena said ahead of the meet.

“I’ve always believed whenever I step into this competition I can win, I can beat those guys and go toe-to-toe the very least. So my confidence going into the competition is the same since I’ve been competing against these guys,” he added.

In his own way, EJ Obiena adds to unmatched stretch of PH sports successes