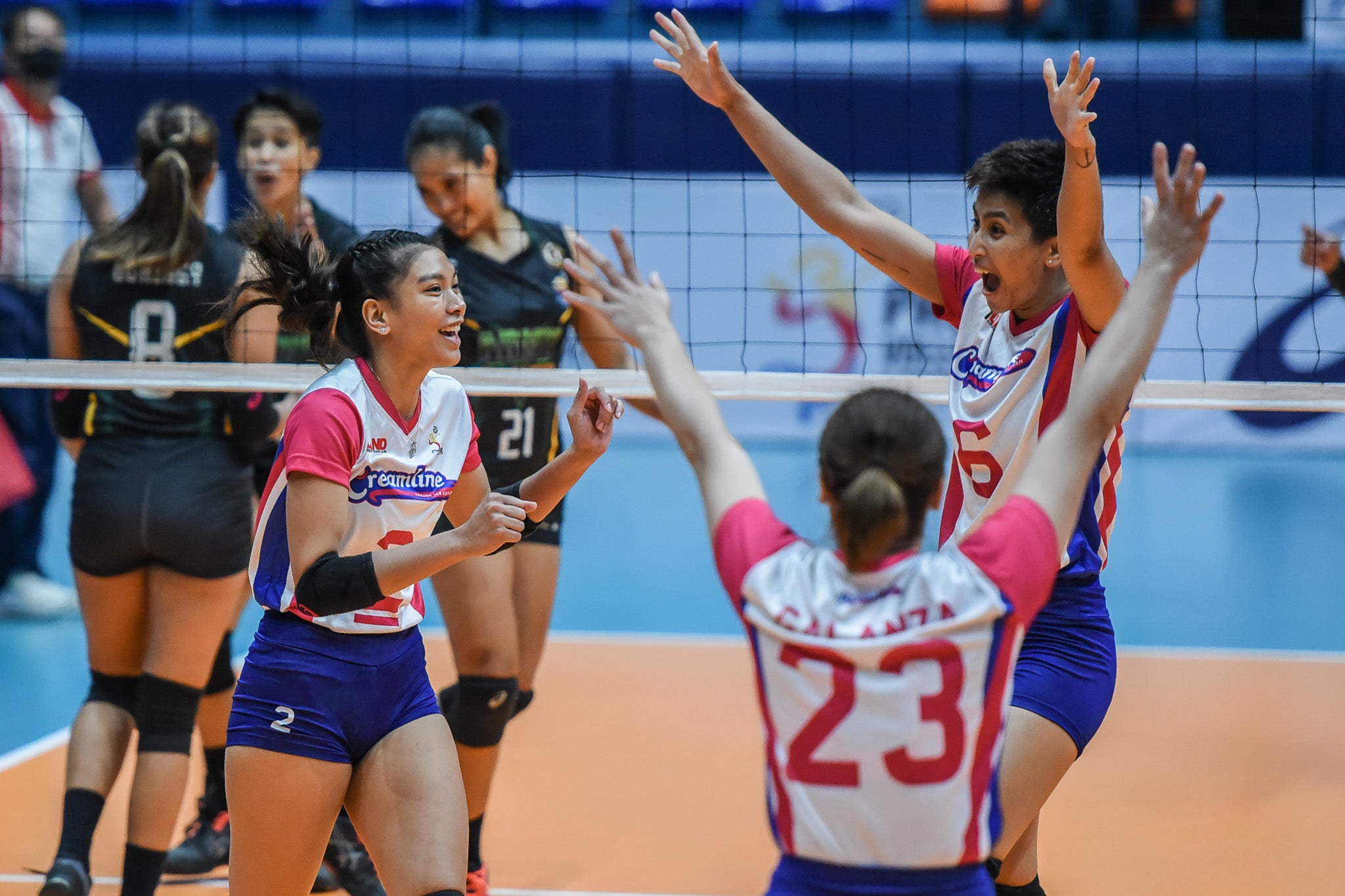 Alyssa Valdez led a collective effort with a game-high 15 points built on 12 kills, two aces, and a block and had 11 excellent receptions as the Cool Smashers finished the round with a 5-1 record.

Setter Jia De Guzman dished out 22 excellent sets and scored three off two aces. She provided a good service in the latter part of the third set that led to Creamline’s eight straight points to finish off Army in one hour and 27 minutes.

“This is a big boost to our morale going to the semis. Army was a tough opponent. They didn’t give up and fought until the end,” said Creamline head coach Sherwin Meneses in Filipino. “I really wanted to see them perform well to win our last elimination game and gain momentum going to the next round.”

Creamline and Cignal as well as the two other local teams that will reach the semis will play another round-robin with foreign squads Kobe Shinwa University of Japan and KingWhale Taipei starting August 8.

The Lady Troopers kept the Cool Smashers within striking distance in the last two sets when they tied the second frame 21-all. But Carlos and Domingo stopped the bleeding for Creamline followed by an attack error from Ging Balse to reach set point, 24-21. Jovelyn Gonzaga saved a point but her next attack didn’t cross the net which gave the Open Conference champion a two-set advantage.

In the third set, Army turned a 15-9 deficit into a 17-16 disadvantage with Gonzaga and Royse Tubino’s timely hits. But De Guzman’s masterful serving powered Creamline’s eight unanswered points, capped by her service ace.

Army Black Mamba finished the eliminations with a 3-3 record. But its semifinal fate depends on the results of PLDT’s match against semis-bound Cignal and Choco Mucho’s game against the also-ran Petro Gazz.