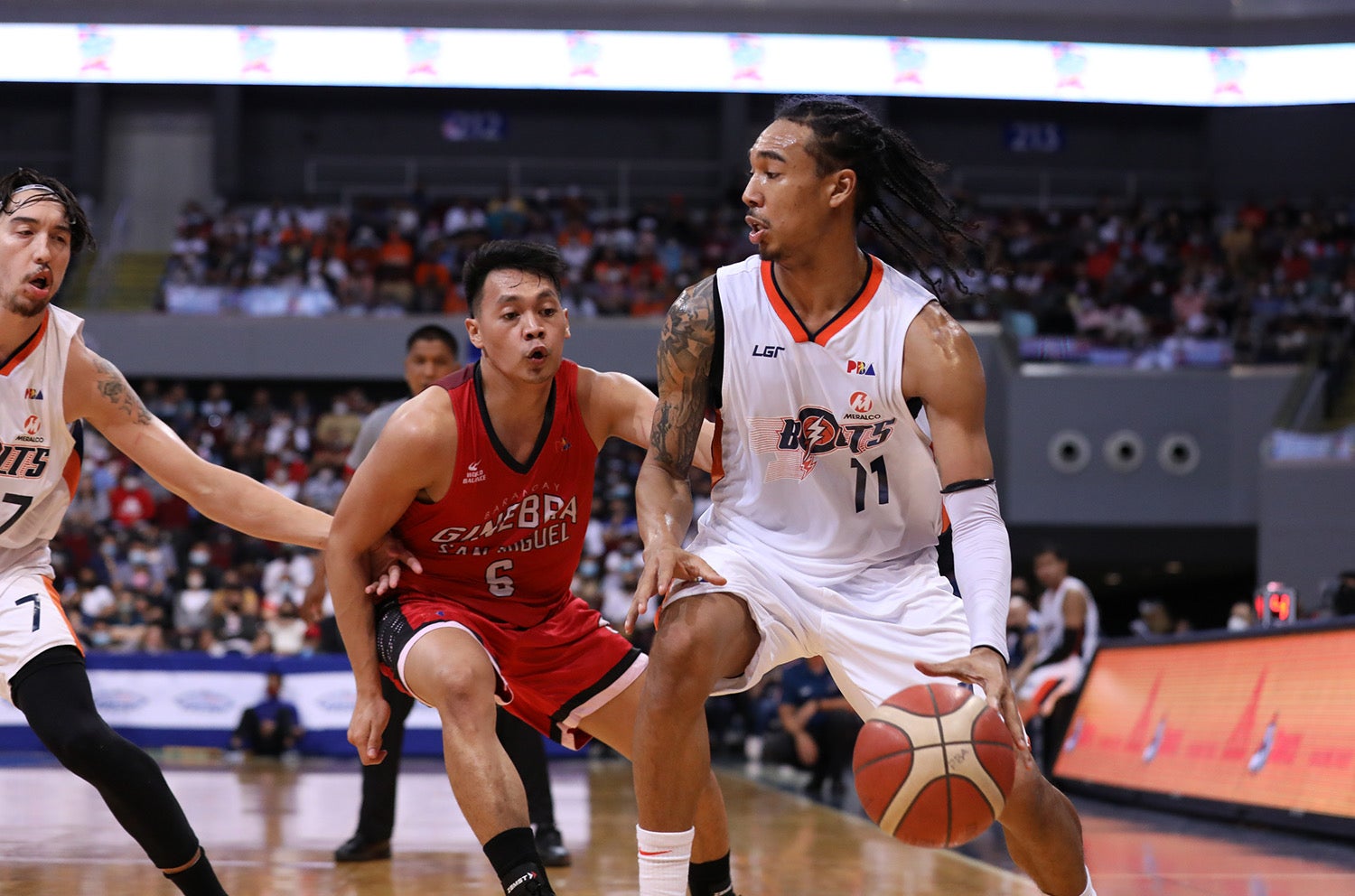 MANILA, Philippines—Meralco finally ended its long playoff misery against Barangay Ginebra San Miguel after hanging on for a 106-104 win on Sunday to reach the PBA Philippine Cup semifinals at the Mall of Asia Arena.

A gutsy three by center Raymond Almazan with exactly a minute to go proved to be the difference as the Bolts showed poise despite squandering a 21-point third quarter to finally beat the crowd favorites in a series after six failed tries.

Cliff Hodge drew an offensive foul on Scottie Thompson and made Stanley Pringle decide to go for a stepback jumper from 21 feet that hit the front rim to seal the win as Meralco celebrated the momentous occasion.

The reward for slaying the ghost of past heartbreaks against Ginebra is a best-of-seven date with top seed San Miguel Beer.

“We knew they would make a run, but we stuck together,” said interim coach Luigi Trillo. “It was good that we got a lead early so we just have to hold it out because it’s hard when you go down against Ginebra.”

Newsome, who took to Twitter to voice his displeasure over the physicality that marred Meralco’s Game 2 loss, came out and play, posting a triple-double of 21 points, 10 rebounds and 12 assists.

He led a big second quarter that helped the Bolts take control, leading 55-42 at the half. The Bolts continued the onslaught in the earlier part of the third and they were able to hike the margin up to 21 at 78-57 on a basket by Alvin Pasaol.

Ginebra, however, slowly came back behind Thompson, Christian Standhardinger and Japeth Aguilar.

It wasn’t until 1:12 left that the Gin Kings got the lead back as LA Tenorio drained a three from the left elbow for a 104-103.

Almazan, however, responded by knocking down a three of his own which came as a surprise even if the Bolts center had made four of six shots from beyond the arc prior to the deciding match.