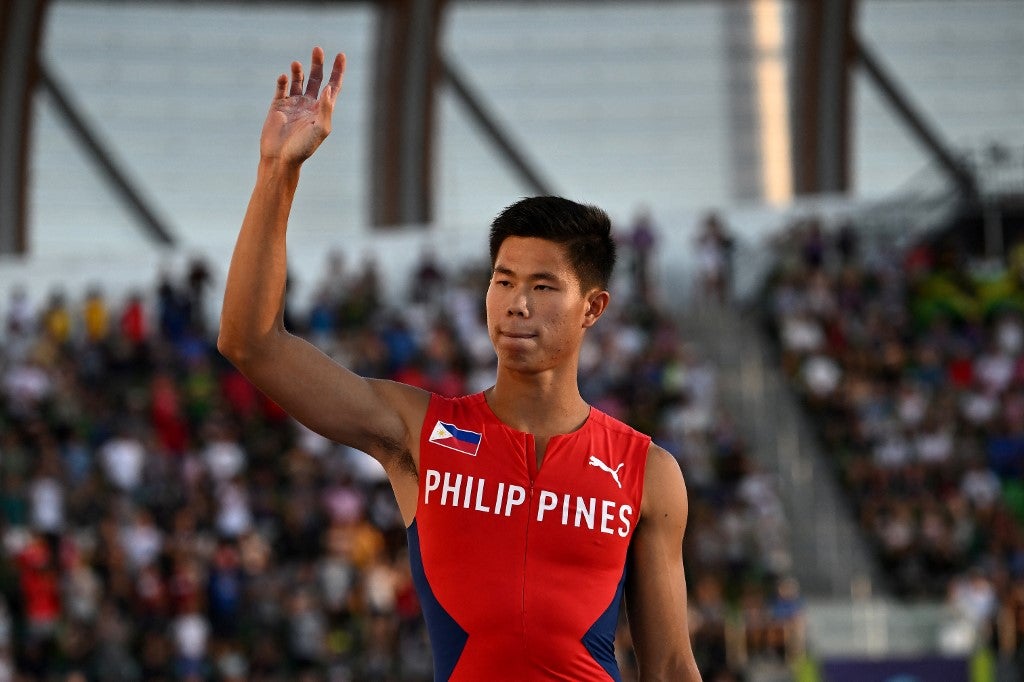 The Philippines’ Ernest John Obiena gestures in the men’s pole vault final during the World Athletics Championships at Hayward Field in Eugene, Oregon on July 24, 2022. (Photo by Ben Stansall / AFP)

MANILA, Philippines—Can’t just win it all.

EJ Obiena had his string of podium finishes snapped after missing out on a medal at the Hungarian Athletics Grand Prix on Tuesday (Manila time) at Bregyo Athletic Center in Szekesfehervar, Hungary.

Obiena, the world No. 3 in pole vault, wasn’t in his usual form, placing fourth in the event won by world record holder Mondo Duplantis of Sweden with a 5.80m clearance.

The 26-year-old Obiena, who was just days removed from a bronze medal victory in the Silesia leg of the Diamond League in Poland after clearing 5.73m, was only able to soar past measly 5.45m this time.

It was a disappointing campaign for Obiena, who could’ve easily added another medal to his collection with Lavillenie and Collet only needing to tally 5.70m and 5.60m, respectively, to clinch podium spots.

It was only less than a month ago when Obiena reset his personal best and Asian record at 5.94m to win the bronze at the World Athletics Championships.

He also won the gold just last month in the Jump and Fly meet in Germany with a 5.80m leap.