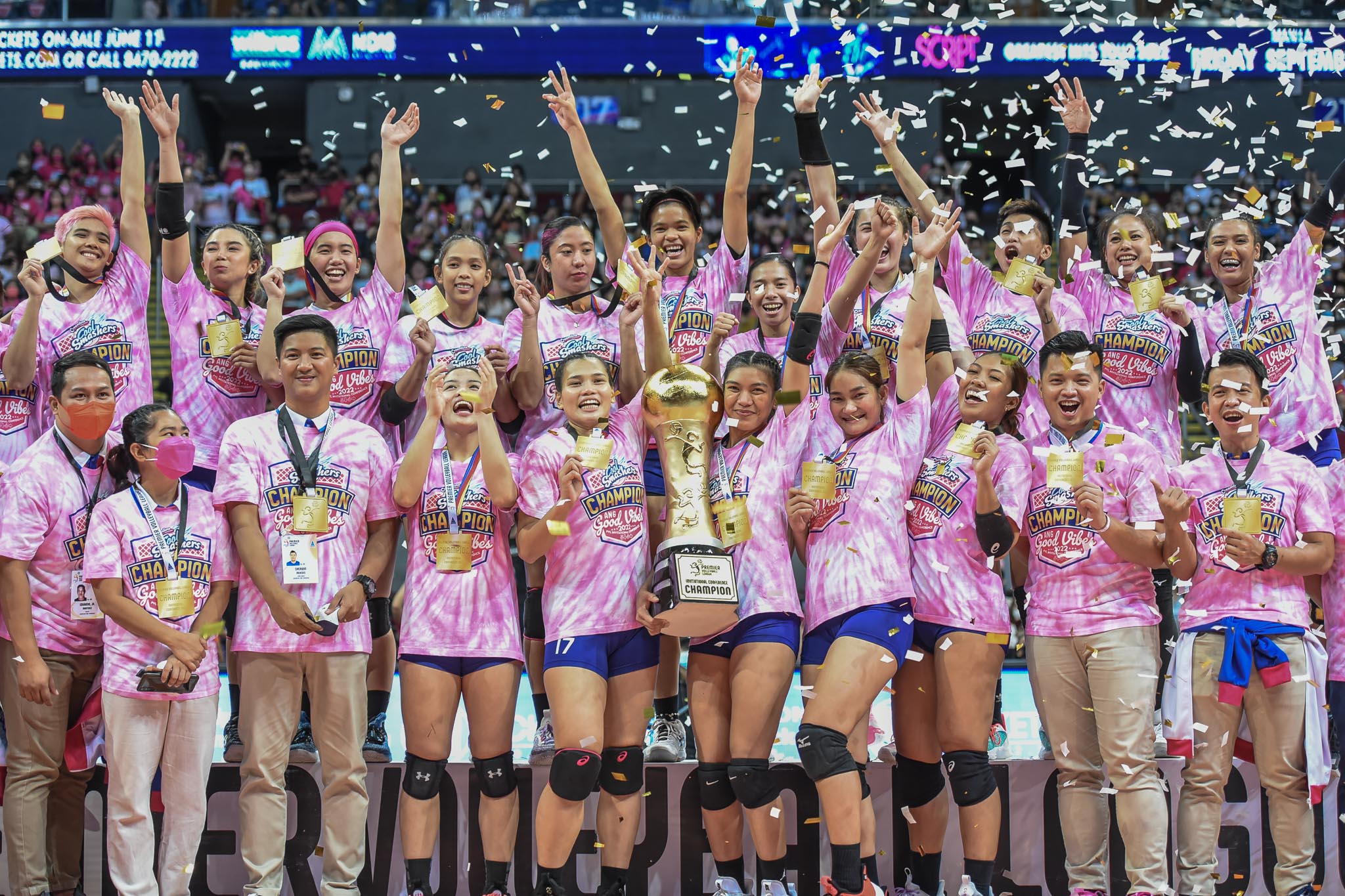 MANILA, Philippines — Creamline team captain Alyssa Valdez attributed the professionalism of the Cool Smashers to the growing list of MVPs on their team.

Besides the team’s multiple championships, five of the Creamline’s starting six have won an MVP award with Carlos winning her second straight Conference MVP award — tying Myla Pablo as the second-winningest — and Celine Domingo emerging as the Finals MVP after tallying four blocks to finish with 11 points to sweep KingWhale Taipei in a winner-take-all gold medal game of the PVL Invitationals.

Valdez, a three-time league MVP, lauded the work ethic of her teammates after winning their second straight championship this 2022 season — the franchise’s fifth overall crown in seven finals appearances.

“I’m just really happy that everyone from our team is very professional. Everyone is just doing their part in the team. I’m just really grateful for my good and hardworking young teammates. That’s why they are blessed with this kind of award,” said the 29-year-old, who won the Best Outside Hitter, in Filipino.

The Philippine women’s volleyball team mainstay said no one from their team is aiming to win any individual awards but the accolades still come as a the result of their desire to help Creamline.

“I think what’s really nice about everyone, they are not thinking of winning the MVP. Everyone is embracing their roles and the rewards will just come. Like Cedie (Domingo), she’s been really doing a good job since last (year’s) conference in Ilocos,” Valdez said.

Valdez believes more Cool Smashers would come out of their shells in the future PVL tournaments.

“More to come for sure, and hopefully more youngsters would blossom as a Creamline Cool Smasher,” she said. “But at the end of the day, we’re all here to support each other and achieve more for our team.”

Valdez and the Cool Smashers will represent the country in the AVC Cup for Women starting Sunday at PhilSports Arena in Pasig.