Kai Sotto back in Manila to join Gilas Pilipinas training 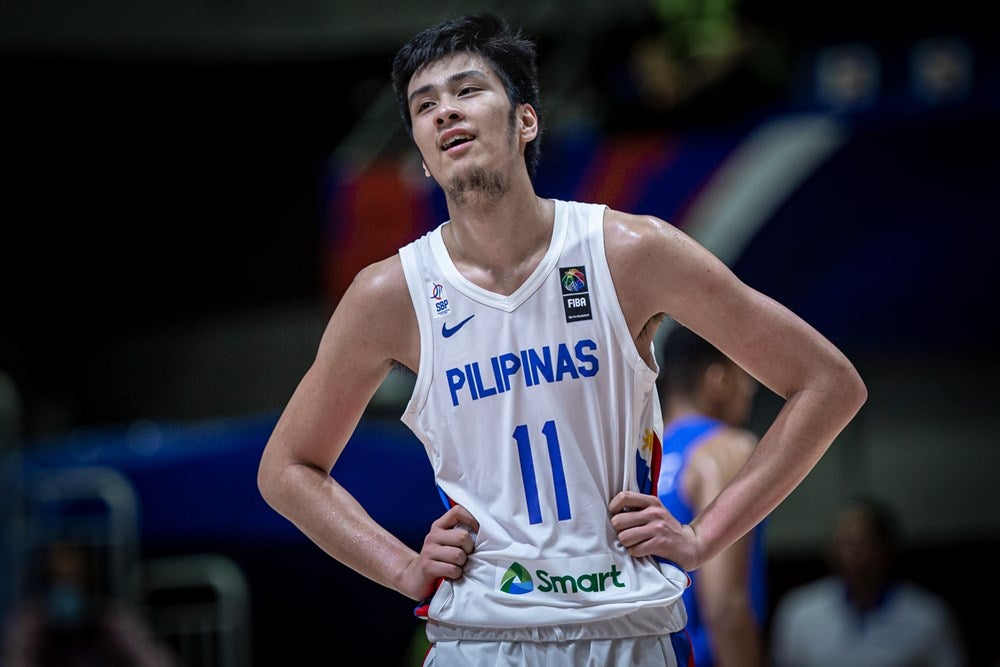 Kai Sotto during his stint with Gilas Pilipinas in the 2020 Fiba Olympic Qualifying Tournament. –FIBA BASKETBALL

MANILA, Philippines — Kai Sotto landed in the country on Thursday ahead of his Gilas Pilipinas return in the fourth window of the Fiba World Cup 2023 Asian Qualifiers.

The 7-foot-3 center posted on his Instagram stories that he arrived in Manila after his stop in Australia last week to rejoin the Adelaide 36ers.

Sotto is expected to attend his first training with Gilas on Saturday.

Gilas battles Lebanon on August 25 in Beirut before Sotto and Clarkson’s first home game against Saudi Arabia on August 29 at Mall of Asia Arena.

It was Sotto’s first return to the Philippines since he was left undrafted in the 2022 NBA Rookie Draft.