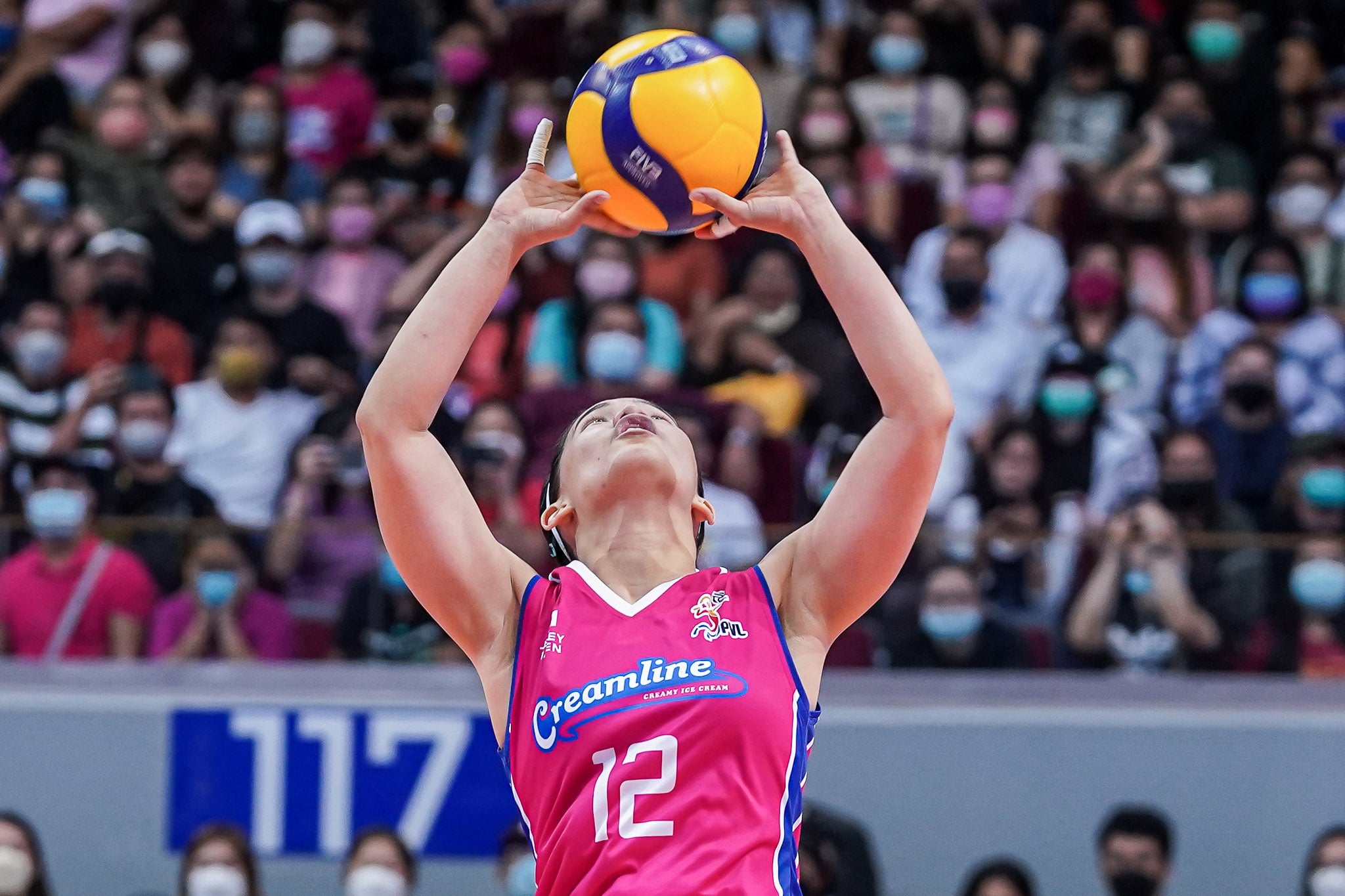 MANILA, Philippines — Creamline setter Jia De Guzman and head coach Sherwin Meneses are doubtful for the Philippine women’s volleyball team’s opening match against Vietnam in the AVC Cup due to health and safety protocols on Sunday at PhilSports Arena in Pasig City.

The Cool Smashers’ representative Michele Gumabao assured that their head coach and De Guzman will be back in the tournament, but when asked whether the two will make it to their first Pool A game, the opposite spiker remained non-committal.

“For coach Sherwin and Jia, our acting captain they will be back very soon,” said Gumabao, who was accompanied by assistant coach Karlo Santos, during the press conference on Saturday.

The Cool Smashers suffered a huge blow after Alyssa Valdez was ruled out of the tournament due to dengue, while middle blocker Risa Sato is also missing the nine-day competition due to health reasons.

Rizza Mandapat and Lorie Bernardo will be the replacements for the two players.

“Aside from Alyssa Valdez, Risa Sato will also be sitting out for the AVC. Two of our players who weren’t lined up on the original roster namely Rizza Mandapat and Lorie Bernardo will be joining us for this tournament,” said Gumabao.

Despite missing their key cogs, Gumabao vows to put up a gallant stand with their remaining players, bannered by Tots Carlos, Ced Domingo, Jema Galanza, Jeanette Panaga, and Kyle Negrito.

“No matter what, we have been given this opportunity to represent the Philippines. Creamline is very thankful to be here. Whoever we have in the court, we will do our best,” Gumabao said.

The Philippines will take a break on Monday and will resume its bid against China on Tuesday and Iran on Wednesday before wrapping up pool play action against Korea on Thursday.

The national women’s team needs to finish in the top four in Pool A to qualify for the quarterfinals. The fifth-placed team in Pool A will finish in ninth place.