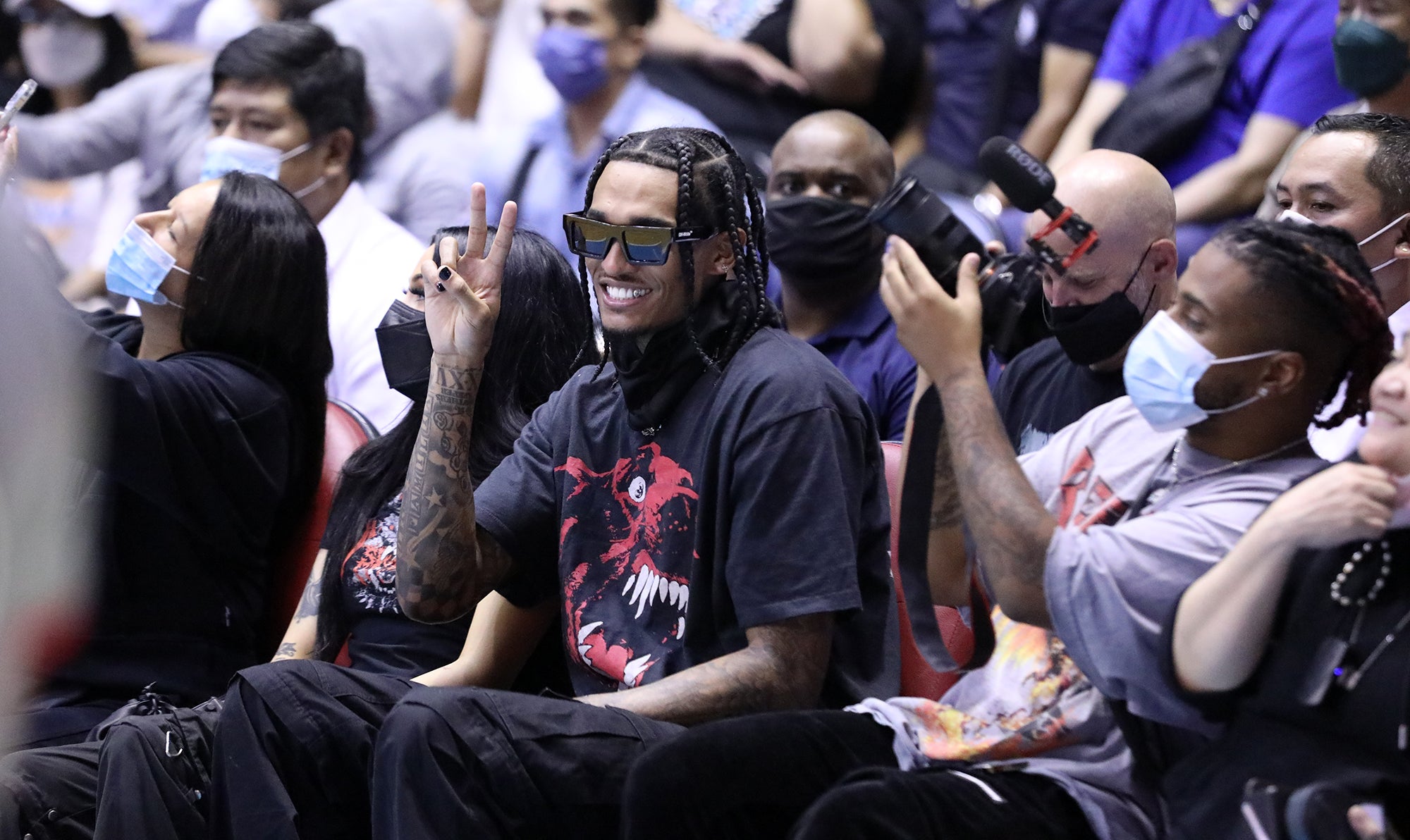 MANILA, Philippines-Jordan Clarkson took a break from Gilas Pilipinas’ preparations for the fourth window of the FIBA World Cup Asian Qualifiers on Sunday by attending the opening game of the PBA Philippine Cup Finals at Smart Araneta Coliseum.

The Utah Jazz super sub, who is in the country since Friday to reinforce Gilas in the qualifiers, arrived with his entourage during the second quarter of the best-of-seven opener between the San Miguel Beermen and TNT Tropang Giga.

Fans serenaded Clarkson with chants of “Jordan! Jordan!” once emerging from the curtains before the 2021 NBA Sixth Man of the Year sat in the first row of the VIP section.

Clarkson graced Game 1 after spending the past two days training with Gilas before the team leaves for Beirut on Monday ahead of the road match against Lebanon on August 26 (Manila time).

Gilas will also play at home on August 29 against Saudi Arabia inside Mall of Asia Arena which would give Clarkson the opportunity to play in front of the Filipino fans for the first time.

Jet-lagged Clarkson buckles down to work right away