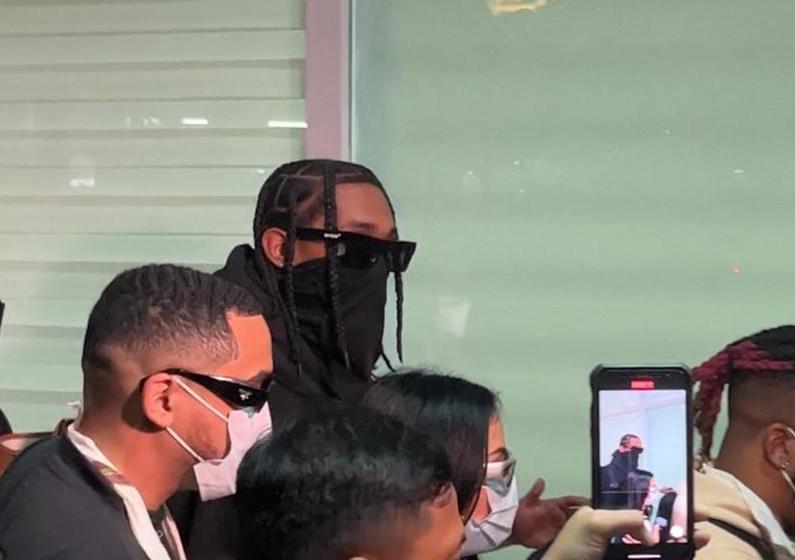 Jordan Clarkson during his arrival at Naia on Friday. He joins Gilas Pilipinas for the team’s fourth window campaign. –DENISON DALUPANG/INQUIRER SPORTS

MANILA, Philippines–Jordan Clarkson is back in town.

The Utah Jazz star arrived Friday in Manila a little before 7pm via Philippine Airlines flight PR113 from Los Angeles to give Gilas Pilipinas at least five days of prep time for two key Fiba games slated next week.

Clarkson, the winner of the NBA’s Sixth Man of the Year award two seasons ago, will serve as a naturalized player for a squad that will be peppered with PBA standouts, overseas campaigners, and a pair of varsity standouts.

He is set to train with the Nationals this Saturday at Meralco gym in Pasig City.

“Awesome [to be back],” said Clarkson in an ambush interview with reporters.

When asked about his expectations for the upcoming Fiba qualifying window, Clarkson said: “Just win. Let’s get it.”

Clarkson last represented the Philippines in the 2018 Asian Games in Jakarta, Indonesia.

Gilas Pilipinas is scheduled to play Asia Cup silver medalist Lebanon on Aug. 25 and then Saudi Arabia at Mall of Asia Arena on Aug. 29.

The Philippines holds a 2-2 win-loss record in the qualifiers, and is using the showcase as trial phase for a World Cup squad that will be built around the Filipino-American NBA star.