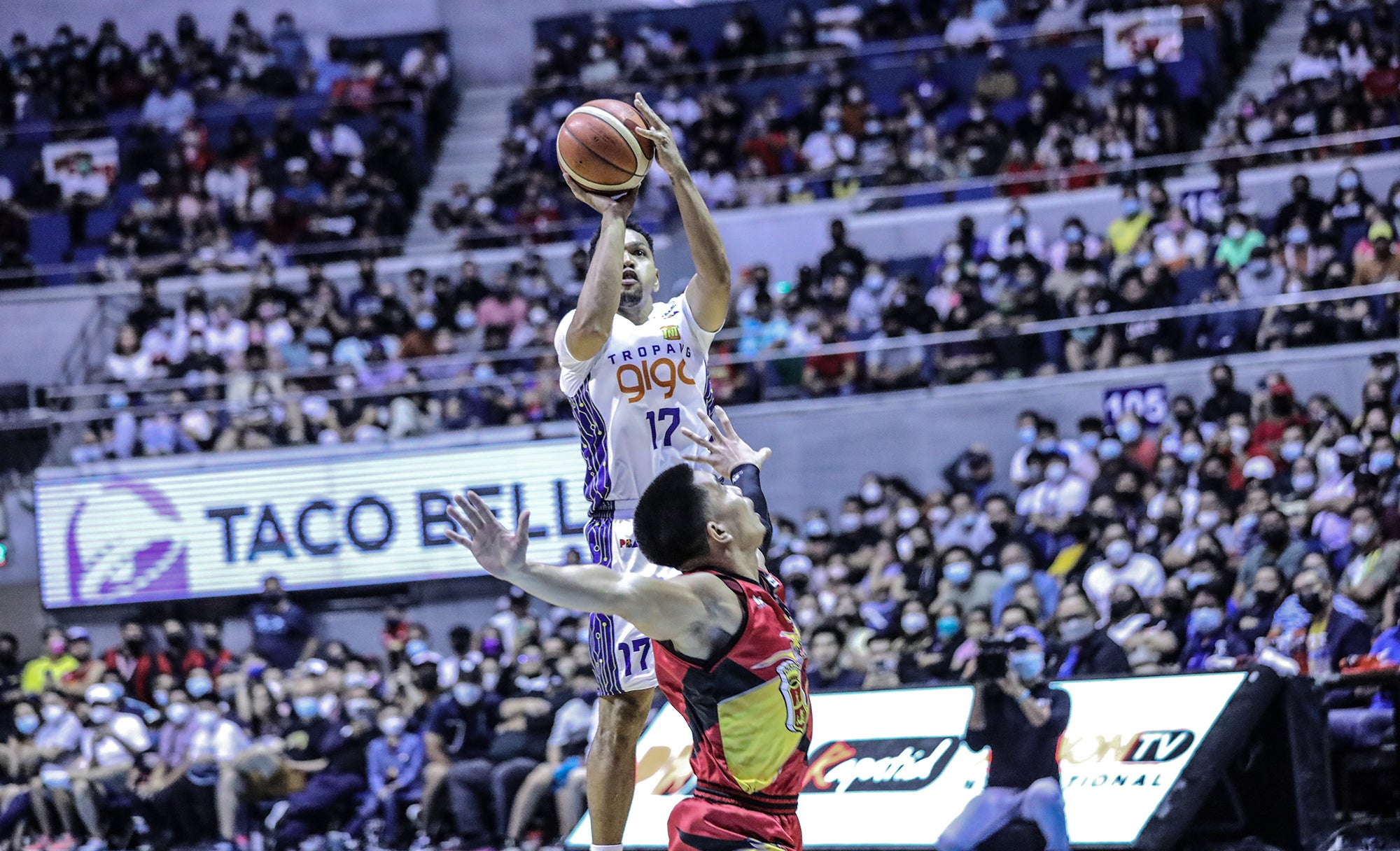 MANILA, Philippines-Jayson Castro barely beat the buzzer with a jumper and defending champion TNT claimed an 86-84 win to take the opening game of the PBA Philippine Cup Finals on Sunday at Smart Araneta Coliseum.

The veteran guard once again delivered in the clutch, knocking down a long two that gave the Tropang Giga a headstart in the best-of-seven series for the league’s most prestigious conference.

Castro’s winner, two weeks after his three-pointer beat Magnolia in Game 3 of the semifinals, came despite the game clock being down to 1.6 seconds and overtime looming.

But the movement Castro made seemed casual and the basket left 8,548 fans inside the Big Dome astonished.

JAYSON CASTRO DOES IT AGAIN!

TNT’s victory came despite losing an 84-78 lead with less than three minutes left as San Miguel scored six in a row, capped off by a three-point play by Vic Manuel that tied the count.

San Miguel had a chance to take the lead in the previous possession, but CJ Perez hoisted a three that didn’t hit the rim, resulting in a shot clock violation.

RR Pogoy and Mikey Williams led the scoring cudgels for TNT with 26 and 21 points, most of which were made in the third to erase a 49-37 halftime deficit before NBA player Jordan Clarkson, who arrived to watch bits of the action.

Castro was the other Tropang Giga in double figures with 15.

June Mar Fajardo had 24 points and 16 rebounds while Perez added 21 for the Beermen in the loss.

PBA: With a target on his back, Mikey Williams looks to do more than just score