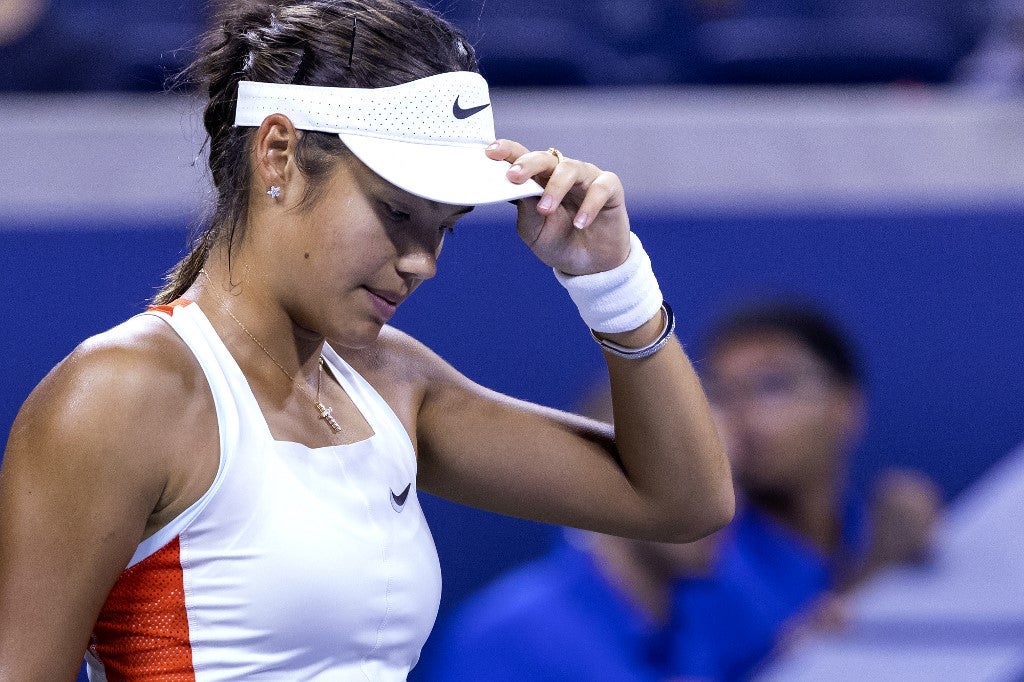 NEW YORK – Emma Raducanu, who made a dream run to the US Open title last year, suffered a nightmare 6-3 6-3 first round loss to Frenchwoman Alize Cornet on Tuesday as the clock finally struck midnight on an improbable tennis fairytale.

The 11th-seeded Briton becomes the first defending US Open champion to lose in the first round since Germany’s Angelique Kerber in 2017.

Raducanu captivated the sporting world when she became the first qualifier to claim a Grand Slam title, winning 10 matches in New York without dropping a set, catapulting her career into the stratosphere and making her one of the most marketable athletes on the planet.

.@alizecornet is victorious in Armstrong!

She defeats Raducanu, 6-3, 6-3 to advance to Round 2. pic.twitter.com/RHAd0zCBxv

Twelve months ago Raducanu arrived at her opening match an unknown with no expectations or pressure but on Tuesday the 19-year-old sometimes appeared to be carrying the weight of world on her slender shoulders.

Not only was Raducanu defending her one and only title but a massive 2,040 of her 2,756 ranking points and with those gone the world number 11 will drop out of the top 70.

She gave us a historic run last summer.

Raducanu got the contest off to a positive start breaking Cornet at the first opportunity but the crafty French veteran, making a record 63rd consecutive Grand Slam appearance, would immediately break back.

The two players would trade breaks a second time before Cornet would break the young Briton a third time to get in front 5-3 and hold serve to secure the 1-0 lead.

It was the first set taken from Raducanu at Flushing Meadows but not the last.

The task in front of Raducanu became a little more challenging after she called for the trainer between sets to deal with blisters on her right hand.

When Cornet broke to open the second the troubles mounted.

But the Briton would answer with a break of her own and a second to go up 3-1.

With the crowd at Louis Armstrong court in Raducanu’s corner, the contest appeared headed for a decisive third set until Cornet shifted gears sweeping the next five games to seal the victory.

Emma Raducanu downplays wrist injury ahead of US Open defense

‘Relieved’ Emma Raducanu back swinging freely ahead of US Open defense