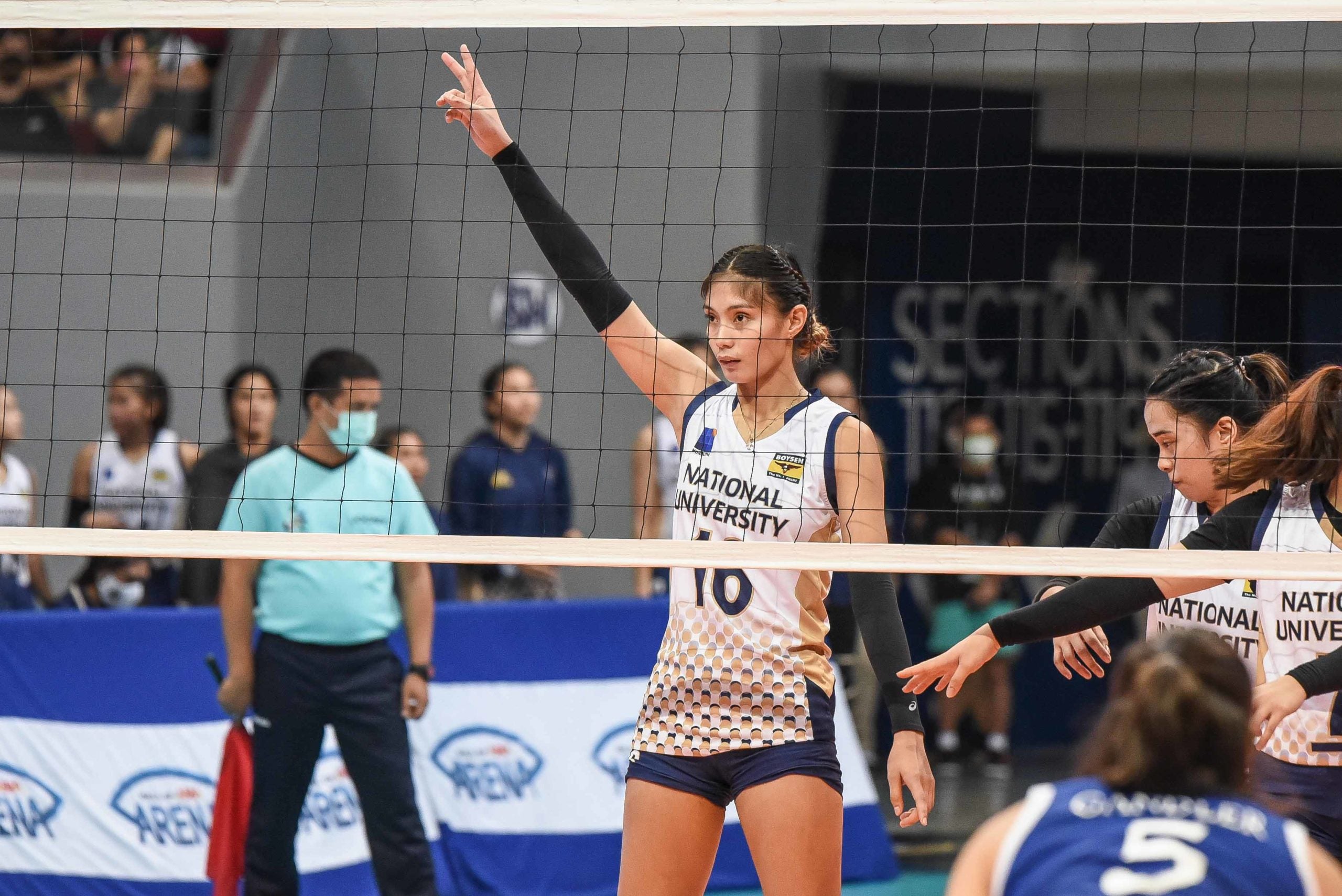 MANILA, Philippines — Ivy Lacsina is turning pro as she signed with F2 Logistics ahead of the Premier Volleyball League Reinforced Conference, which opens in October.

The Cargo Movers on Friday welcomed the 6-foot-1 middle blocker for their much-anticipated comeback in the professional volleyball league after skipping the midseason, Invitational Conference.

The 22-year-old was a vital part of National University’s perfect title run in the UAAP Season 84 women’s volleyball tournament.

F2 Logistics formed a strong frontline with Lacsina joining Majoy Baron and Aby Marano in its bid to redeem itself from a sixth place finish in the Open Conference after a 2-2 finish in its group, losing to Petro Gazz in the quarterfinals.

Lacsina was the 14th Best Scorer in the Season 84 elimination round with a total of 130 points built on 98 spikes,19 blocks, and 13 aces. She was the seventh best server with 0.28 aces per set and ninth in blocking with 0.40 blocks per set as the Lady Bulldogs swept 14 games for an outright finals berth and took down La Salle for their first women’s volleyball title since 1957.

Let’s all give a warm welcome to a new member of the F2 Family.

NU announced last August that Lacsina, Cess Robles, Jennifer Nierva, and Joyme Cagande will play their final year in Season 85. But Lacsina opted to forgo his NU eligibility while the three other seniors are part of the Lady Bulldogs’ roster in the Shakey’s Super League, which opens on September 22.

The Nazareth School standout only played two full UAAP seasons, including her rookie year with Nierva and Robles in 2019 before their supposed sophomore stint was wiped out by the pandemic two years ago.

Lacsina is moving out of her comfort zone joining a system built by La Salle head coach Ramil De Jesus and teaming up with Dawn Macandili, Kianna Dy, Ara Galang, and Kim Fajardo.

The young middle blocker was also part of the 12 NU players, who were suddenly ousted by the Philippine National Volleyball Federation from the national team that will compete in the AVC Cup for Women after they declined to accept the last-minute invitation to play in the PVL semis round.

ADVERTISEMENT
Read Next
Matthew Wright takes his act to Japan, signs with Kyoto Hanaryz
EDITORS' PICK
Hidilyn Diaz wins only gold missing from her collection
Shop smarter with vivo’s big 12.12 holiday deals
The vivo Y02 is now available in the Philippines for only PHP 5,299
How not to retire as an ex-president
House energy committee chair Arroyo bats for cheap electricity
Lawmakers eyeing more changes in Maharlika plan
MOST READ
Don't miss out on the latest news and information.