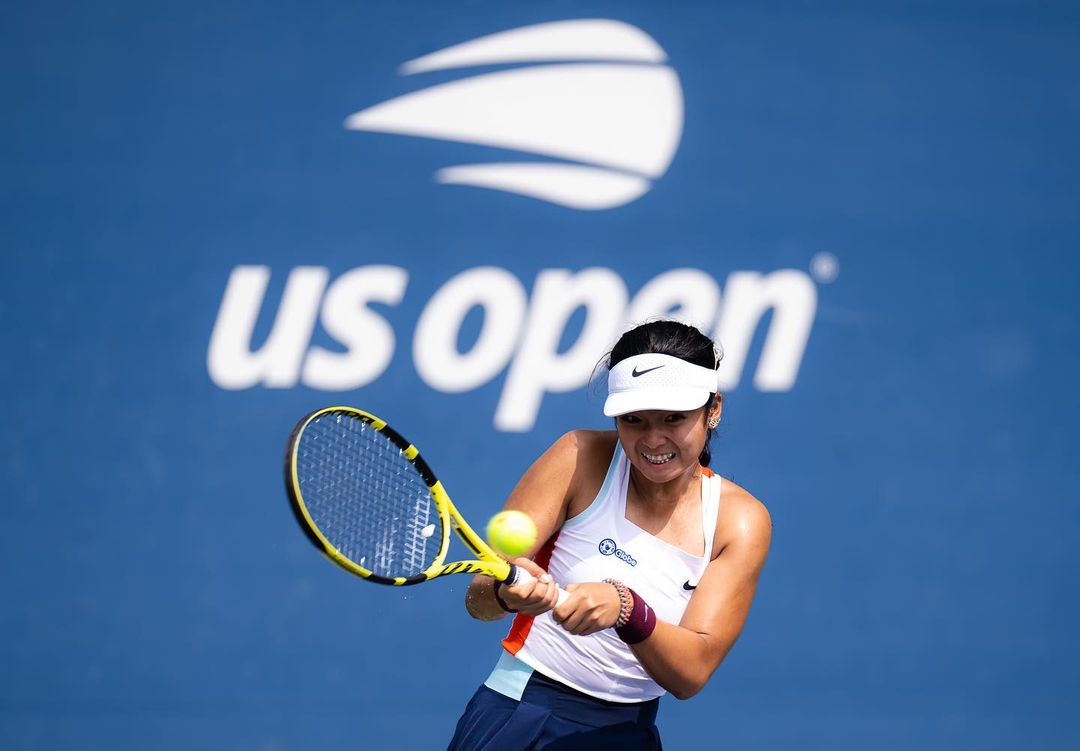 Alex Eala in the 2022 US Open. –ALEX EALA FACEBOOK

The 17-year-old Filipino unleashed a strong first set and bucked a lethargic start in the second to outlast the ninth-seed Canadian in a grueling one-hour and 21-minute match.

Eala, the tenth seed in the tournament, is marching to her first singles Grand Slam finals, surpassing her previous semifinal exit in the 2020 French Open and a quarterfinal finish in last year’s US Open.

Eala faces the tournament’s second seed and Juniors World No. 3, Lucie Havlickova of Czech Republic for the US Open championship on Sunday at 12 a.m. (Manila time).

Havlickova, who ruled the 2022 French Open singles, took down Diana Shnaider of Russia, 6-4, 6-4, to book a ticket to the finals.

Eala fought back from a 1-3 deficit in the second set and denied Mkobo from forcing another set.

“That’s what you should expect from someone in the semifinals. Of course, I understand that she wants it a lot as well. But I tried not to get ahead of myself and focus on every point, keep my feet on the ground, and just power through,” Eala told ABS-CBN broadcast journalist Dyan Castillejo.

The Filipino tennis sensation, who was emotional after the thrilling second set win, offered her victory to her family, Mike and Rizza Eala, and her supporters watching her game at the venue.

“It creates a really great atmosphere for both players. I’m really happy that I have an influence on my community and I have a voice that can inspire others,” she said. “I have a family not just my mom and dad. To be able to share this with them in person, it means the world. Because in the end, this is a family project and everyone is helping me and working together to support (me).”

Her bid for a third doubles grand slam title ended on Friday after Andreeva was not able to play handing the walkover win to German pair Carolina Kuhl and Ella Siedel.

The Rafael Nadal Academy scholar is looking to add another historic achievement in her young career with a maiden Grand Slam girls’ singles title after winning a pair of gold in the doubles from the 2020 Australian Open and last year’s French Open.

Eala has been playing in the pro circuit for the past months, winning her second championship in W25 Chiang Rai last April.

The tennis prodigy is currently ranked 297 in the Women’s Tennis Association after reaching her best ranking No. 280 last August 1.