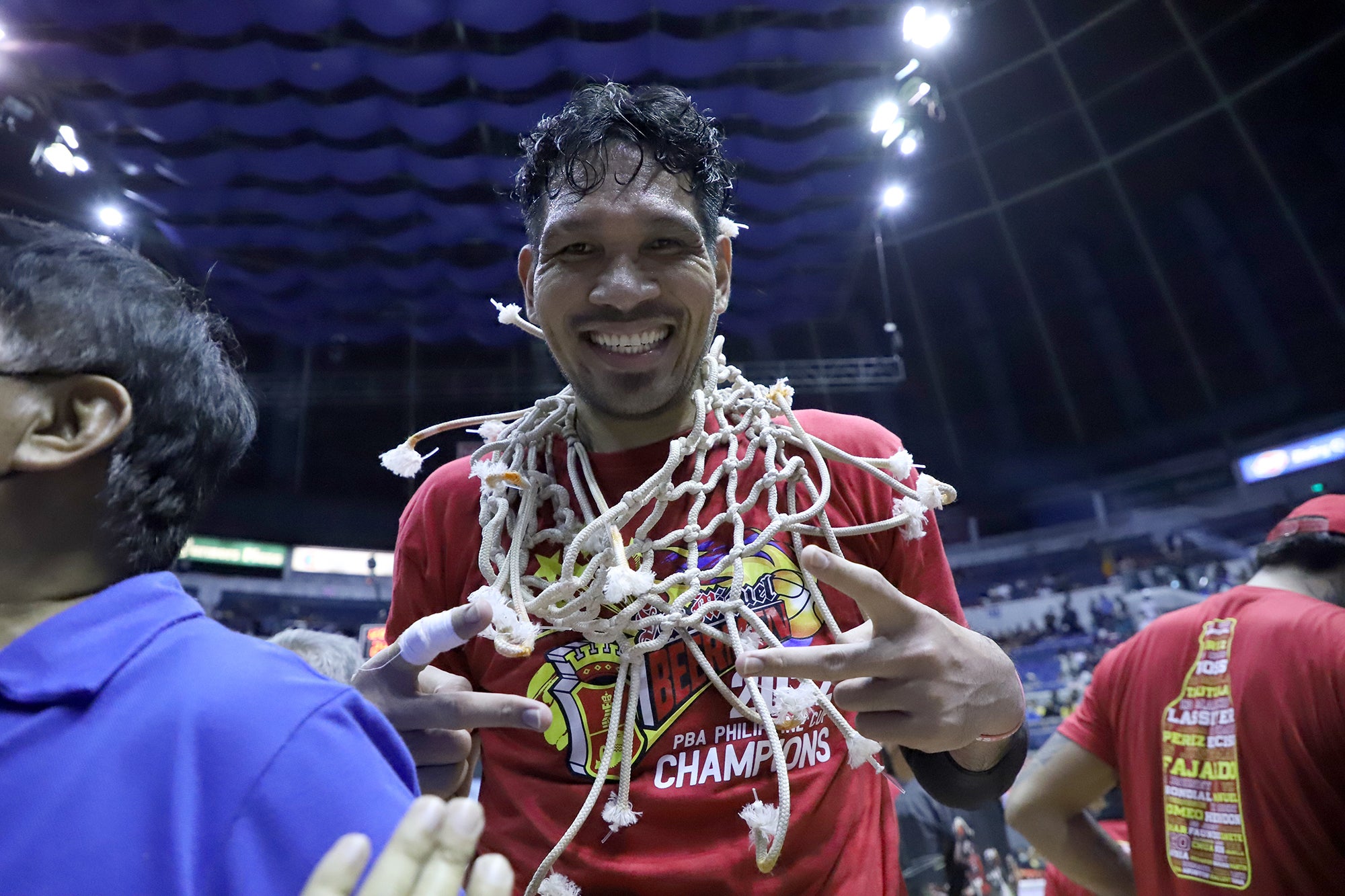 The federation on Thursday announced that it will tap PBA players from the newly-crowned Philippine Cup champion San Miguel Beer, runner-up TNT, and Ginebra as Gilas Pilipinas takes on Jordan and Saudi Arabia both in away matches.

The SBP is also looking at San Miguel’s CJ Perez, Ginebra’s Japeth Aguilar and Arvin Tolentino, and TNT’s Roger Pogoy and Poy Erram as national team head coach Chot Reyes reached an agreement with the management of three teams on the availability of the players for the upcoming Fiba window.

Fajardo, a six-time MVP, was called up to be part of the pool last August window but he wasn’t able to join the national team due to the PBA Finals, where the Beermen beat the Tropang Giga in seven games.

The 6-foot-10 center, who has been representing the country since the 2013 Fiba Asia Championship when the Philippines qualified for the World Cup for the first time in 40 years, last played for Gilas in its underwhelming silver medal finish in the 31st Southeast Asian Games in Hanoi, Vietnam four months ago.

Fajardo played in the Fiba World Cup twice in Spain back in 2014 and three years ago in China.

Reigning PBA MVP Thompson, who won a SEA Games gold medal in 2019, played with Jordan Clarkson and Kai Sotto in the third window, where Gilas split its two matches, losing to Lebanon before venting its ire on Saudi Arabia at Mall of Asia Arena.

Perez, a two-time PBA scoring champion, also saw action in the 2019 Fiba World Cup and delivered a gold medal in the SEA Games 3×3 three years ago. Like Fajardo, he was also part of the initial pool last window but he was unavailable due to the finals.

Gilas mainstays Pogoy and Erram as well as the 6-foot-9 Aguilar, who also played in the last window with Thompson, are also part of the SBP’s wishlist. Tolentino, who played national youth team in Asian Championships, is getting his first call-up in the Fiba tournament.

The SBP is set to announce the other members of the pool once their availability is confirmed.