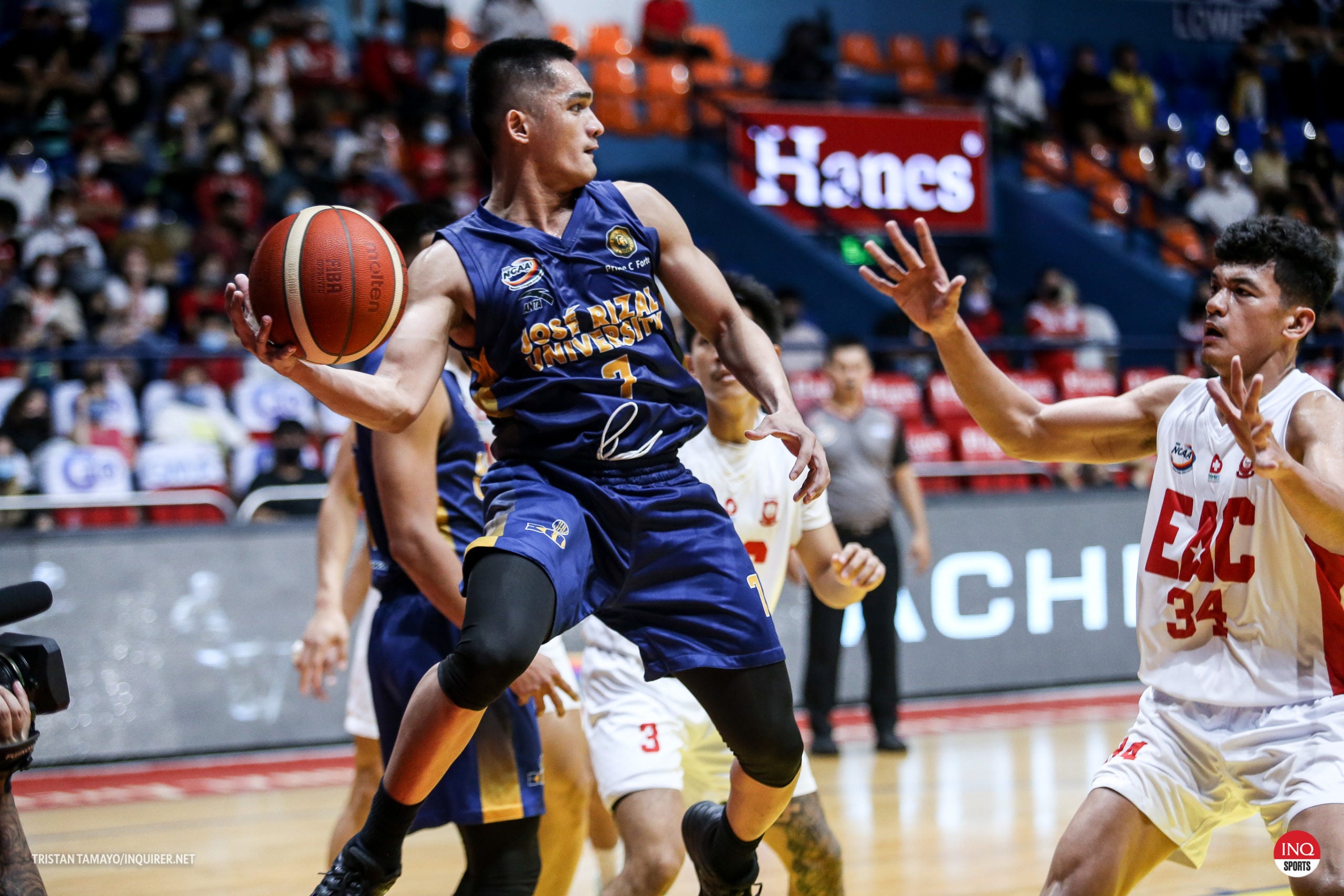 MANILA, Philippines—Jose Rizal University relied on one of its rookies to deliver the fourth quarter goods en route to its second season win.

The Heavy Bombers leaned on William Sy in climbing back from an Arellano lead in the payoff period to take a 70-67 win on Wednesday.

JRU trailed by three, 56-53, in the fourth quarter when the Chiefs’ Shane Menina elbowed Sy for an unsportsmanlike foul.

Sy converted the two free throws and that served as the precursor to a personal 10-0 run that would put the Heavy Bombers ahead, 63-56.

Sy finished the game with 13 points and six rebounds, holding his own after JRU’s last outing when he finished with 20 markers, five boards and three assists.

“With William Sy or Ry Dela Rosa, they stay at least two more hours after practice. Sometimes, I run practice for three or four hours but they see to it that they still do their homework,” JRU head coach Louie Gonzalez said.

Dela Rosa, who shot the game-winner for the Heavy Bombers, also commended Sy’s important buckets down the stretch.

“We’re glad because he’s been putting in the work. We’re also glad that it’s showing out there on the court,” he said.

“I tend to mess around with him a lot like say all his shots are regular but you know, when he needed him the most, he was there,” he added.

The Heavy Bombers (2-2) will square up against early season leader, St. Benilde (3-0), on Sunday.