Dwight Ramos happy to play another season in Japan as B.League continues to grow | Inquirer Sports

Dwight Ramos happy to play another season in Japan as B.League continues to grow MANILA, Philippines — Dwight Ramos believes the Filipino basketball players taking their talents to Japan contributes to the growth of the B.League.

“Definitely a lot of players in the Philippines are aspiring to play here in Japan, so I think that’s a big compliment to the B.League, how it’s growing, how good of a league it’s becoming,” said the 6-foot-4 guard during his introductory press conference with the Levanga Hokkaido on Wednesday.

The 24-year-old Ramos, who is on his second season in Japan, is impressed with the growth of the B.League, which gave him more reasons to stay.

“It seems to be growing, a lot more fans, a lot more support. So I think that’s a great showing that basketball is growing here in Japan. And the play style, you know, Japanese players can really shoot and they really play hard defense. They have a really good hustle and effort,” said Ramos.

“The way they play it makes it hard for everybody. The competition is really good and of course, the imports are really good also. This league is growing, it’s in a good place, so, I’m happy to be playing here.”

Philippine basketball officials, players, and fans have mixed opinions on local cagers taking their talents abroad, especially with the recent barring of William Navarro from getting a clearance to play in the Korean Basketball League.

When Ramos was asked for a piece of advice for the global Filipino players in juggling their leagues abroad and national team duties, he said that “just do what makes you happy.”

“Honestly it’s just case by case. Lots of people are in different circumstances, so if you feel that you wanna take that jump and play outside of the Philippines, then do it,” said Ramos, who started playing in Japan the Toyama Grouses last season. “If you wanna play in the Philippines and stay with your family, then you do that. It’s just all your choice.” 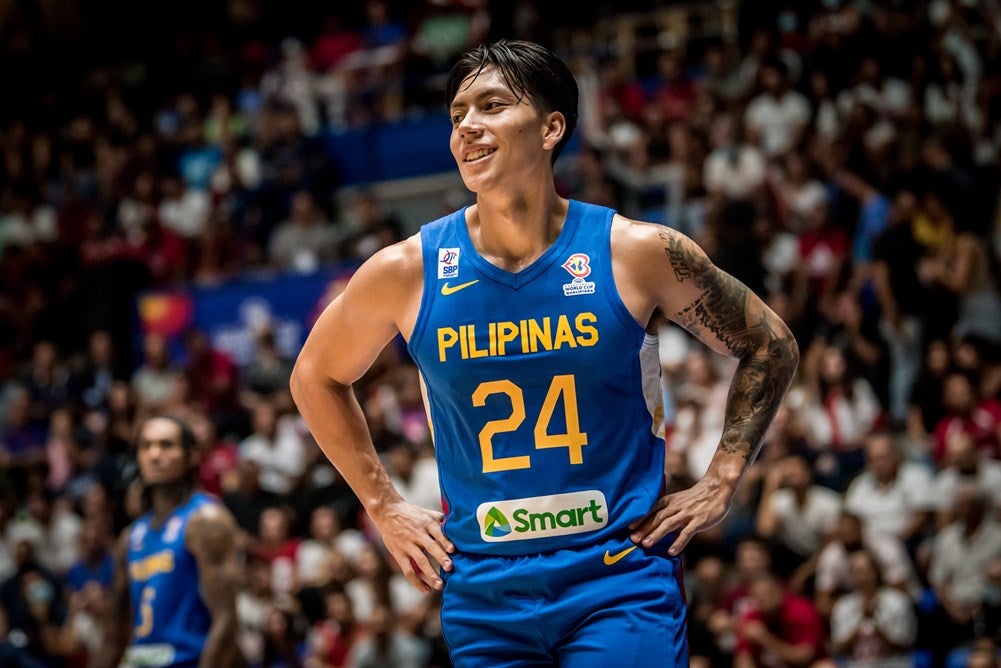 Despite having a contract abroad, the Filipino-American guard remained committed to the Gilas Pilipinas program as he saw action in all of the previous windows of the Fiba World Cup 2023 Asian Qualifiers. The Samahang Basketbol ng Pilipinas confirmed that Ramos is one of the Global Filipino players who committed to play for the November window even their leagues are ongoing during that month.

Just like all Filipinos, Ramos also supports the Philippines in forming the best possible team in the historic World Cup hosting next year.

“Anybody that has national team duties, of course, we want as many people there as we can, so that we can put the best together the best team possible for the World Cup coming next year,” he said.

For now, Ramos’ goal is to improve his performance last year and help Hokkaido rise this B.League season.

“My individual goal is just to be better than the last season. So, as long as I feel like I’m making progress, steps forward, and helping the team win, and as long as the record is better than last year, then I’m happy with it,” he said.