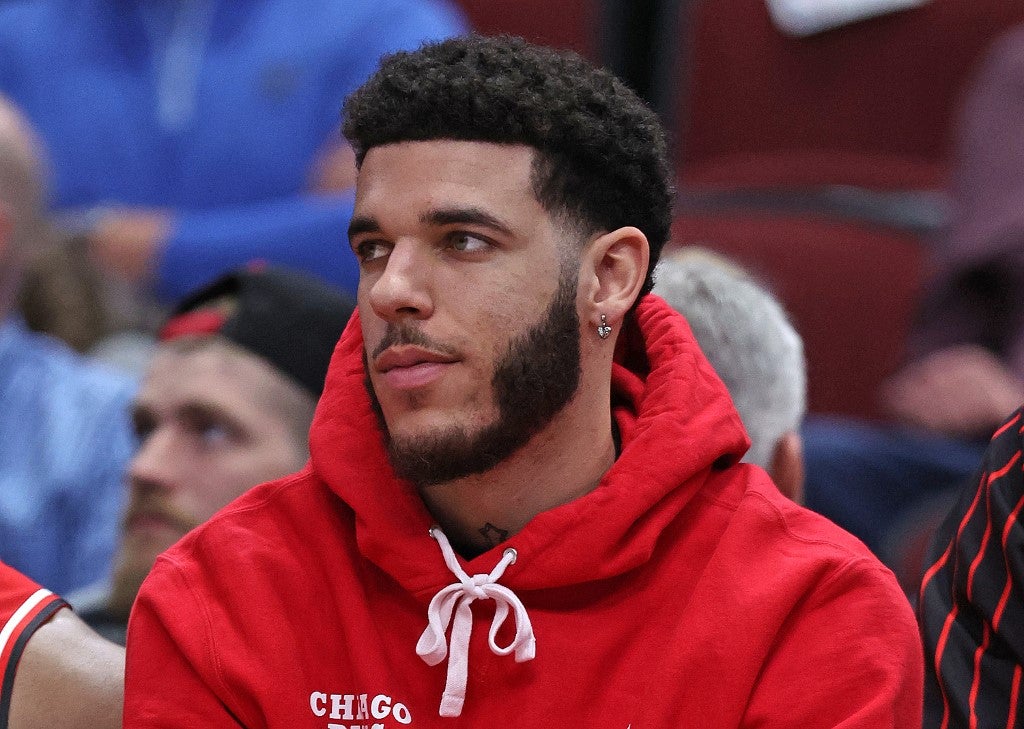 Lonzo Ball #2 of the Chicago Bulls watches from the bench as teammates take on the Milwaukee Bucks at the United Center on April 05, 2022 in Chicago, Illinois. The Bucks defeated the Bulls 127-106. Jonathan Daniel/Getty Images/AFP

Chicago Bulls point guard Lonzo Ball told reporters Tuesday that he’s getting his second knee operation of the year because, despite spending the summer rehabbing, he still can’t run or jump without pain.

Ball is set to undergo an arthroscopic debridement of his left knee on Wednesday in Los Angeles.

“Literally, I really can’t run. I can’t run or jump,” Ball said. “There’s a range from, like, 30 to 60 degrees when my knee is bent that I have, like, no force and I can’t, like, catch myself. Until I can do those things I can’t play.

“I did rehab, it was getting better, but it was not to a point where I could get out there and run full speed or jump. So surgery is the next step.”

Ball had arthroscopic surgery on the same knee on Jan. 28 and did not return for the rest of the season. Eight months later, he should have been on track to return to the court, but instead he can’t walk upstairs without some pain in the knee.

“This is something I’ve never dealt with,” Ball said. “Even the doctors are surprised a little bit.”

Chicago has said it will reevaluate Ball in four to six weeks, meaning it’s highly unlikely he will be ready when the new season tips off on October 19 at the Miami Heat.

Last season was Ball’s first with the Bulls after two seasons with the Los Angeles Lakers and two with the New Orleans Pelicans. The 24-year-old averaged 13 points, 5.4 rebounds, 5.1 assists and 1.8 steals per game over 35 contests (all starts) before missing the back half of the year.