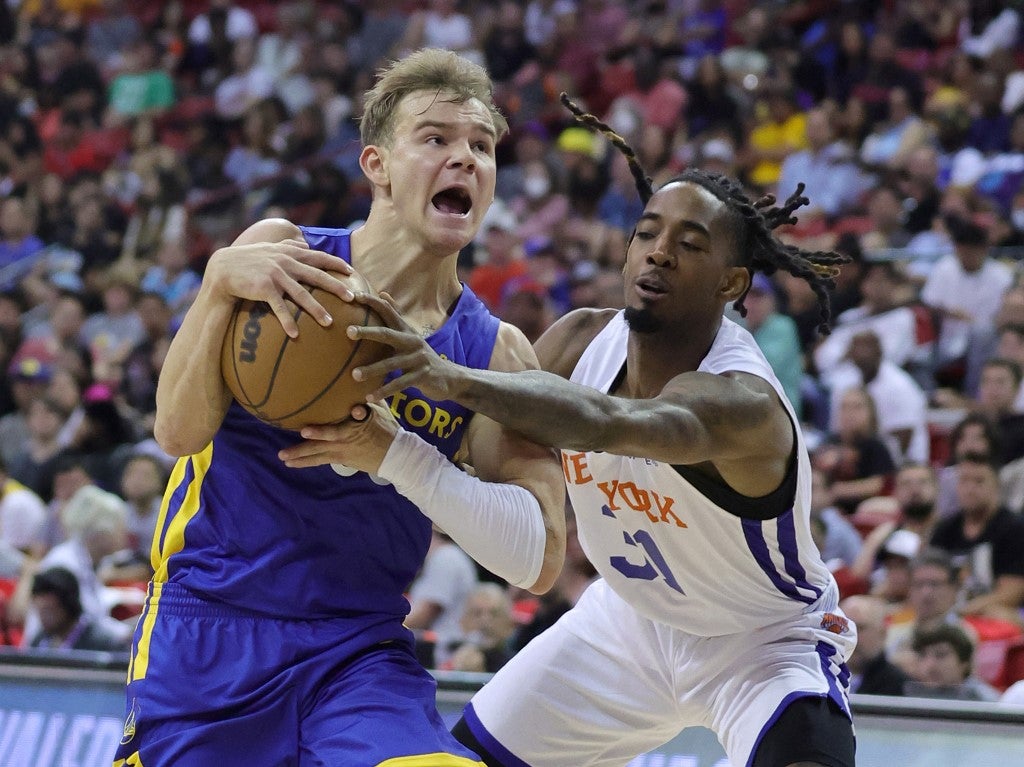 Mac McClung #55 of the Golden State Warriors drives against Quinton Rose #31 of the New York Knicks during the 2022 NBA Summer League at the Thomas & Mack Center on July 08, 2022 in Las Vegas, Nevada. Ethan Miller/Getty Images/AFP

The Golden State Warriors will release guard Mac McClung, The Athletic reported Monday, just over two months after he agreed to a non-guaranteed one-year deal with the team.

According to the report, the Warriors intend to invite guard Ty Jerome to training camp. Jerome, who was traded from the Oklahoma City Thunder to the Houston Rockets last week, was waived by the Rockets and needs to clear waivers before joining the Warriors.

McClung, 23, played in two NBA games last season, one each for the Chicago Bulls and Los Angeles Lakers. The Georgetown and Texas Tech product scored eight points in 25 total minutes.

Read Next
Brownlee reinstalls Kings as title favorites, himself as standard for other imports
EDITORS' PICK
Hidilyn Diaz wins only gold missing from her collection
House energy committee chair Arroyo bats for cheap electricity
The vivo Y02 is now available in the Philippines for only PHP 5,299
How not to retire as an ex-president
Shop smarter with vivo’s big 12.12 holiday deals
Lawmakers eyeing more changes in Maharlika plan
MOST READ
Jovit Baldivino, ‘Pilipinas Got Talent’ winner, dies at 29
LPA enters PAR, to likely strengthen into tropical depression in coming days – Pagasa
Andi Eigenmann, family in Manila for a quick visit; Ellie dines with grandma Jaclyn Jose
11 Filipino imports named to Japan B.League Asian All-Star team
Don't miss out on the latest news and information.