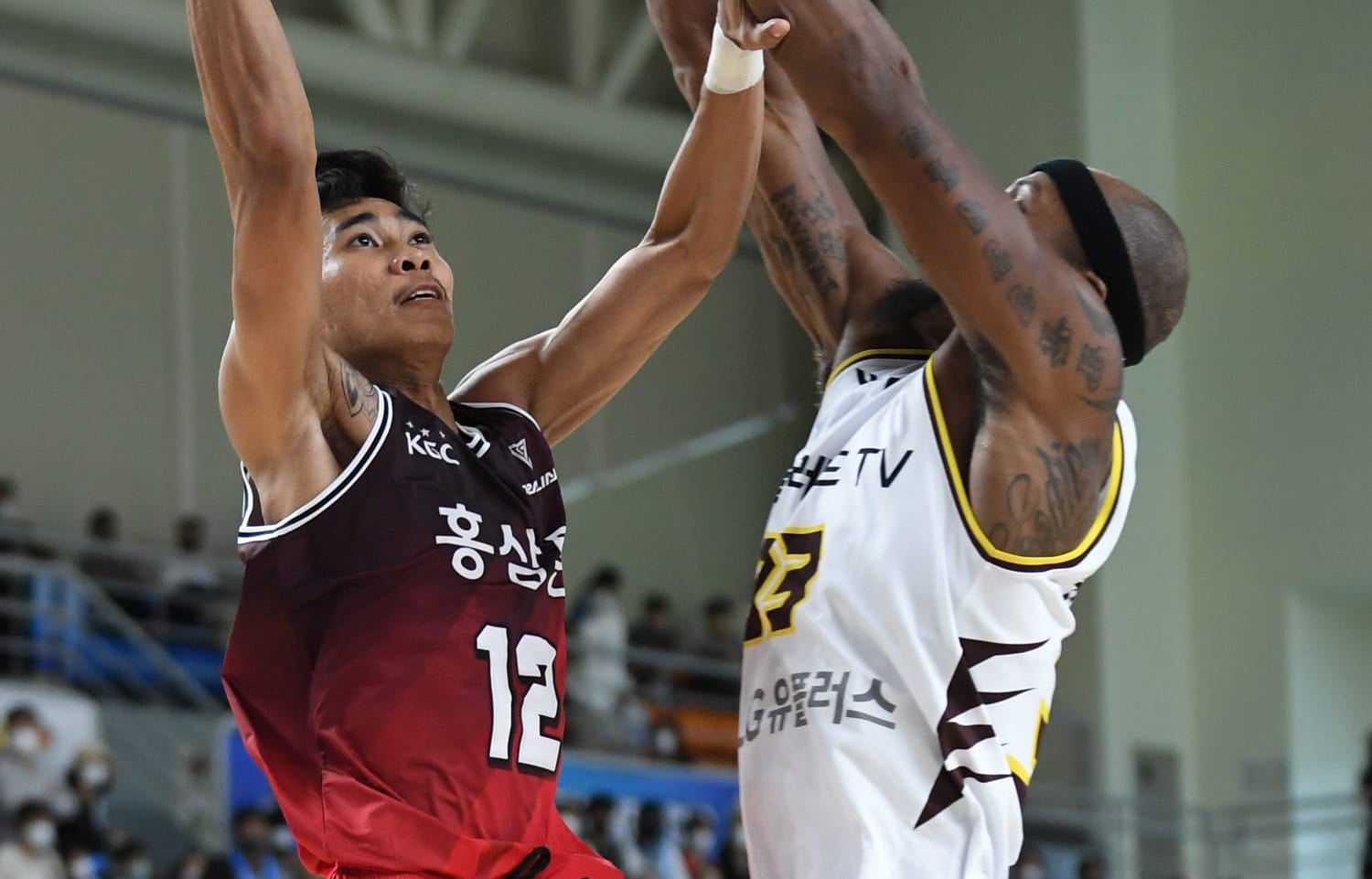 Anyang KGC’s Rhenz Abando goes for a shot during the 2022 KBL Cup. Photo from Anyang KGC

MANILA, Philippines—Changwon LG Sakers spoiled Rhenz Abando’s debut in the Korean Basketball League with an 89-69 whipping of Anyang KGC in the 2022 KBL Cup at Tongyeong Gymnasium on Monday.

Abando played 15 minutes and was able to show flashes of his athleticism on a dunk but that was the only field goal he made in his first game in the preseason tournament.

The NCAA Season 97 MVP finished with two points, one rebound, one assist, one steal and a block.

Changwon’s Filipino import Justin Gutang, a former College of St. Benilde standout, saw action for only three minutes and had a rebound and three assists.