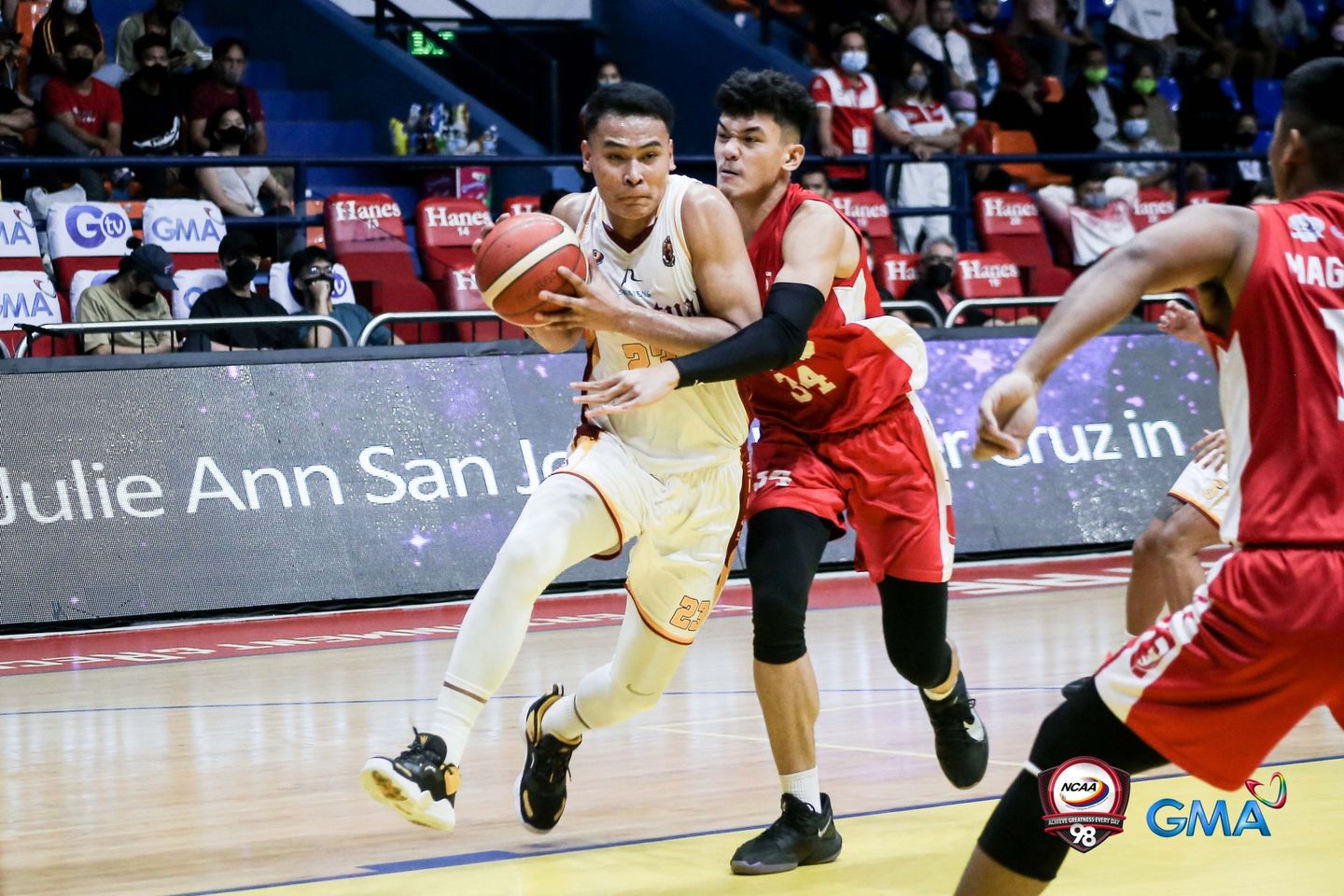 Sangalang will return against the Altas on Saturday after serving a two-game suspension following his ejection during the Knights’ heated win over Mapua last Friday.

“He isn’t going to be a threat to me. I’m tougher than him,” Omega said with a laugh after leading Perpetual Help past Emilio Aguinaldo College, 55-44, on Tuesday.

Both Omega and Sangalang are among the best rebounders in the league this season.

Sangalang is sixth in rebounding averaging 10.5 boards a game while Omega is in seventh with nine per outing.

Perpetual Help head coach Myk Saguiguit is also looking forward to testing his team’s mettle against Letran, which is still groping for consistency having split its first six games of the season.

“It’s a big job. They’re the defending champions and it’s one of the biggest games so we’ll work on that,” said Saguiguit.