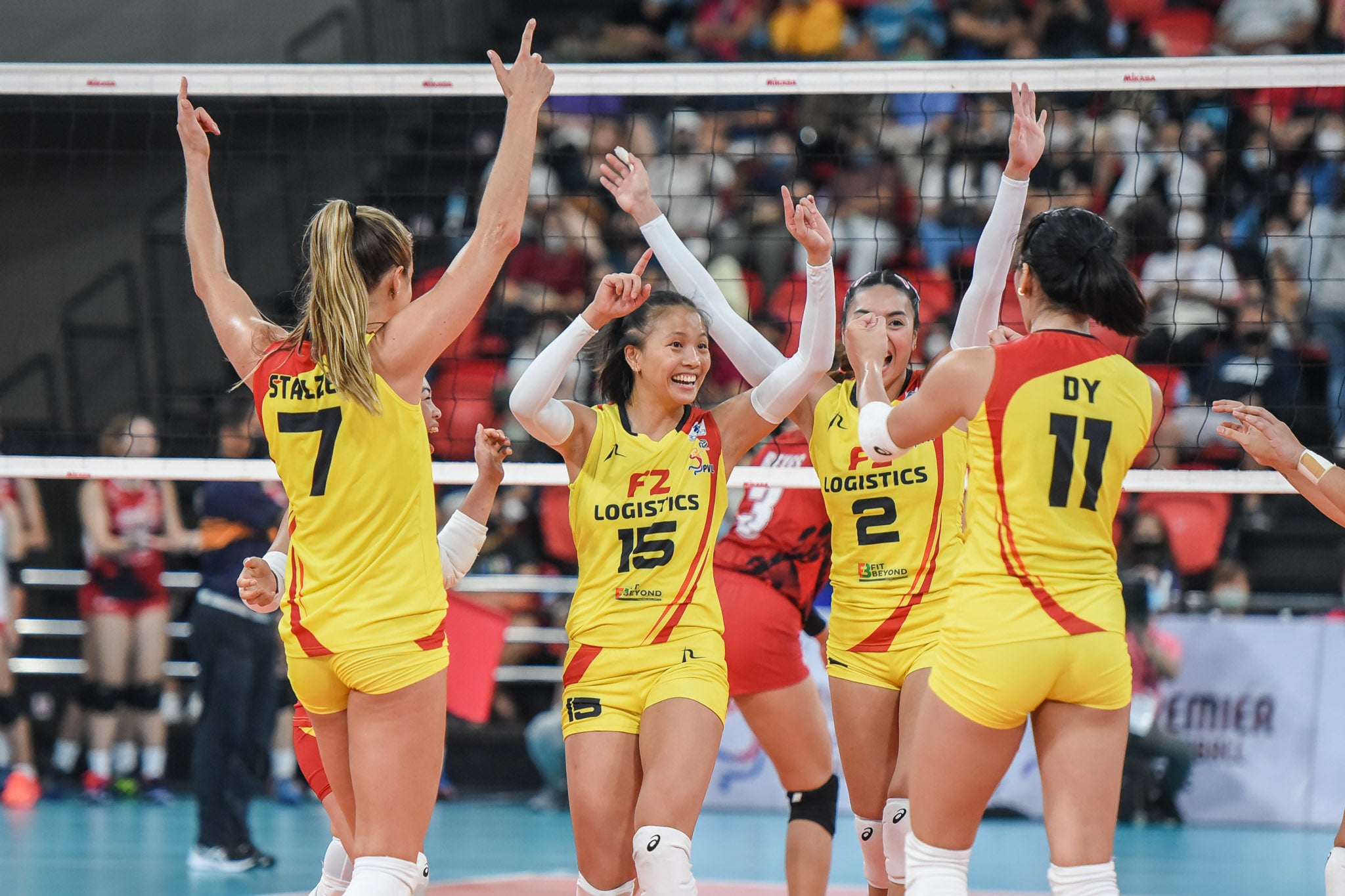 MANILA, Philippines — Despite the absence of star spiker Kalei Mau, American spiker Lindsay Stalzer and Kianna Dy formed a potent combo in leading F2 Logistics to a sweep of PLDT, 25-19, 25-22, 25-20, for a second straight win in the 2022 Premier Volleyball League Reinforced Conference on Tuesday at Philsports Arena.

Mau, who suffered cramps in their first win over United Auctioneers-Army,  sat out due to an undisclosed injury, saying “I got hurt.” But Stalzer sustained her fine play with 19 points built on 15 attacks, two blocks, and two aces on top of 10 digs and six excellent receptions.

Dy also shone in the win nailing 11 kills for 12 points, as well as Shola Alvarez, who filled in Mau’s position, finishing with six points and seven receptions to send PLDT to its third straight defeat.

Stalzer, the team captain, said their 0-2 start humbled the Cargo Movers, who already won back-to-back games for an improved 2-2 record tied with the Choco Mucho Flying Titans in the fourth seed.

“I think we had a dose of humble pie after those first two games. So maybe it was good for us. It gave us kind of a wake-up call, that we need to step it up, maybe work a little bit harder, maybe prepare a little bit more seriously. And, I think we did just that,” said the 38-year-old import.

“Our preparation this past week was on point. We were in the gym serious, focused on specific things, and we scouted the other team really well. As soon as we got in the locker room, I could tell the team meant business today. So I’m really proud of all of us.” Cargo Movers coach Benson Bocboc admitted it was tough to deal with an incomplete line-up for the past four games. But he is glad that his wards are always ready.

“Of course, we just have to be ready. (There are) some situations, we cannot control. The other players also are ready to step up,” said Bocboc. “We cannot stop working. Whatever happens, we push for that win. In every game, we should win. That’s our goal, we already got two wins, and hopefully, we can sustain it until the end.”

Russian spiker Elena Samoilenko was again the lone bright spot for PLDT with 17 points as her team fell to 1-3 and has yet to win a match since its opening-day victory over Army.

Coach George Pascua and the High Speed Hitters will have enough time to regroup as their next match is on November 5  against the Petro Gazz Angels also in Sta. Rosa.