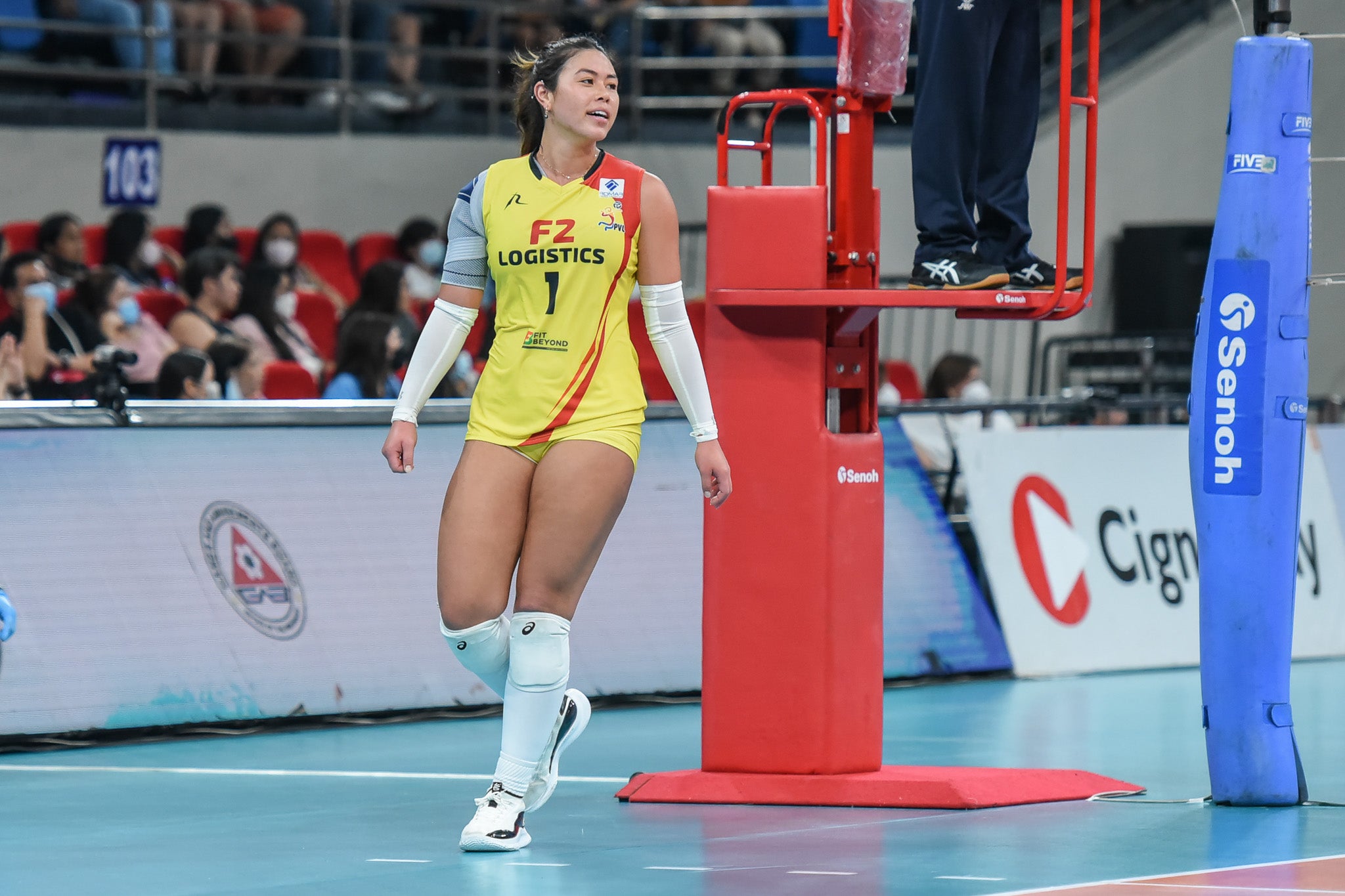 MANILA, Philippines — Kalei Mau vows to come back stronger after playing through injuries in the 2022 Premier Volleyball League Reinforced Conference.

F2 Logistics failed to live up to the expectations as it missed the semifinals after losing two of its last three games, falling a seed short to reach the next round.

It has been an injury-riddled conference for the Cargo Movers as they started the tournament without import Lindsay Stalzer due to health and safety protocols in the first game and missed libero Dawn Macandili due to an undisclosed injury as the team fell to a 0-2 start.

Mau also missed some games and returned playing with her right shoulder heavily wrapped. She was out during their fourth set loss to Prisilla Rivera and Akari  before she returned but was held to nine points against Cignal, which shattered their semifinal chances.

The Filipino-American is determined to regain her lethal form and stay healthy in the offseason.

“This one I gotta work it a little extra harder. I had a lot of injuries that held me back from playing my best this conference. And as upsetting as it is, it’s completely out of control at the moment so I just really have to dial in on rehab, therapy and just come back stronger,” said Mau after leading F2 Logistics to a 25-16, 25-22, 27-25 victory over the semis-bound Petro Gazz on Tuesday at Philsports Arena.

Despite not making it to the semis, Mau was happy to play with the Cargo Movers she know as she drilled 20 points, completing a third set comeback from a 17-12 deficit by scoring six of the last eight points in the frame to finish the tournament with a 4-4 record.

Lindsay Stalzer, who scored 22 points, also said she is proud of her team despite missing the semifinals for the first time in her eight-year Philippines stint.

“It feels awesome to finally get a win again and to have that good feeling. We’ve been kind of in a slump for a little while now, and haven’t really been playing the F2 way. So, I think we finally were able to do that tonight, and it’s always great to finish on a win, on a high note,” Stalzer said.

Mau said the key to their big win was they played with nothing to lose. It wasn’t the conference ending they wanted but she remained proud after finishing the tournament strong.

“I think the difference maker was no pressure, have fun, our game plan was really to do our best and be there for each other. I think we did exactly that and I’m really proud of our team for doing that today,” Mau said.