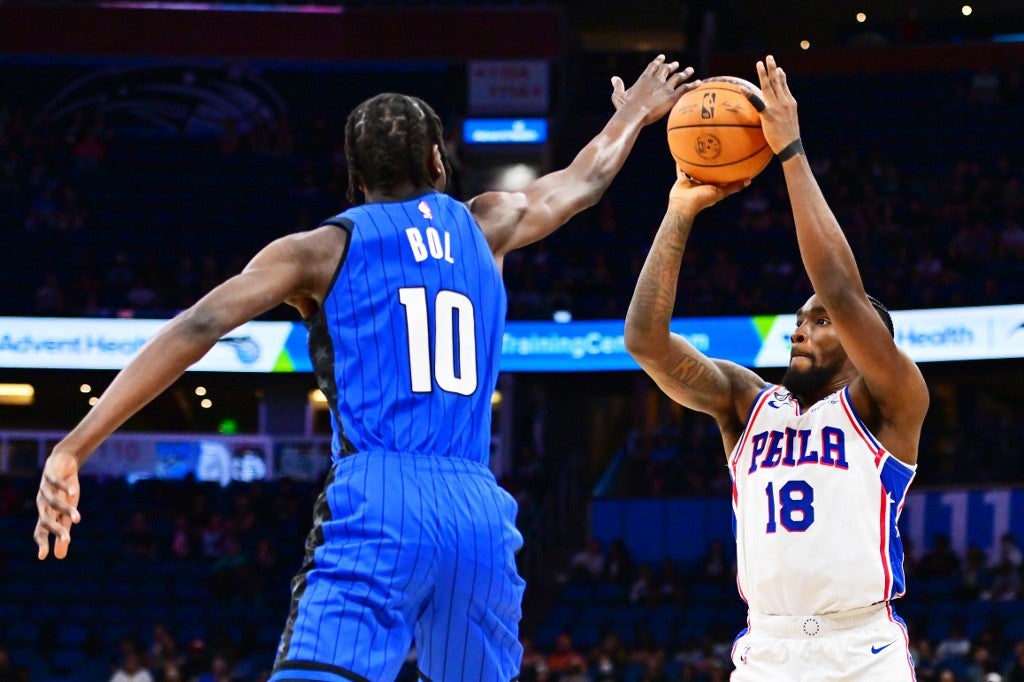 Shake Milton #18 of the Philadelphia 76ers shoots a three-point shot against Bol Bol #10 of the Orlando Magic in the first half of a game at Amway Center on November 27, 2022 in Orlando, Florida. Julio Aguilar/Getty Images/AFP

Shake Milton scored a season-high 29 points and Tobias Harris added 25 to propel the visiting Philadelphia 76ers to a 133-103 victory over the Orlando Magic on Sunday in a battle of undermanned teams.

Milton and Harris also had their way with the Magic on Friday. Milton collected 24 points, 10 assists and nine rebounds and Harris added 23 points and 10 boards in Philadelphia’s 107-99 victory over Orlando.

Shake Milton was on 🔥 in the @sixers win:

Danuel House Jr. had 19 points on Sunday and Furkan Korkmaz added 17 to help the 76ers record their sixth win in eight outings.

Rookie Paolo Banchero had 18 points and Franz Wagner added 17 for the short-handed Magic, who were outscored 31-13 in the second quarter en route to absorbing their sixth loss in seven games.

The Magic held a 32-31 lead before the 76ers regained the advantage on Georges Niang’s short jumper. A traveling call on Orlando’s next possession allowed Korkmaz to sink a 3-pointer at the first-quarter buzzer.

Philadelphia rode that momentum into the second, as the team scored 20 of the first 27 points in the quarter. The 76ers eventually claimed a 67-45 lead at halftime thanks in large part to scoring 38 points in the paint and making 6 of 14 shots from 3-point range.

The 22-point lead at halftime was Philadelphia’s largest of the season.

The 76ers scored the final eight points of the third quarter to push their advantage to 99-71. Philadelphia put it on cruise control from there.