NCAA: Playing with chip on their shoulder, Blazers out to prove their worth | Inquirer Sports

NCAA: Playing with chip on their shoulder, Blazers out to prove their worth 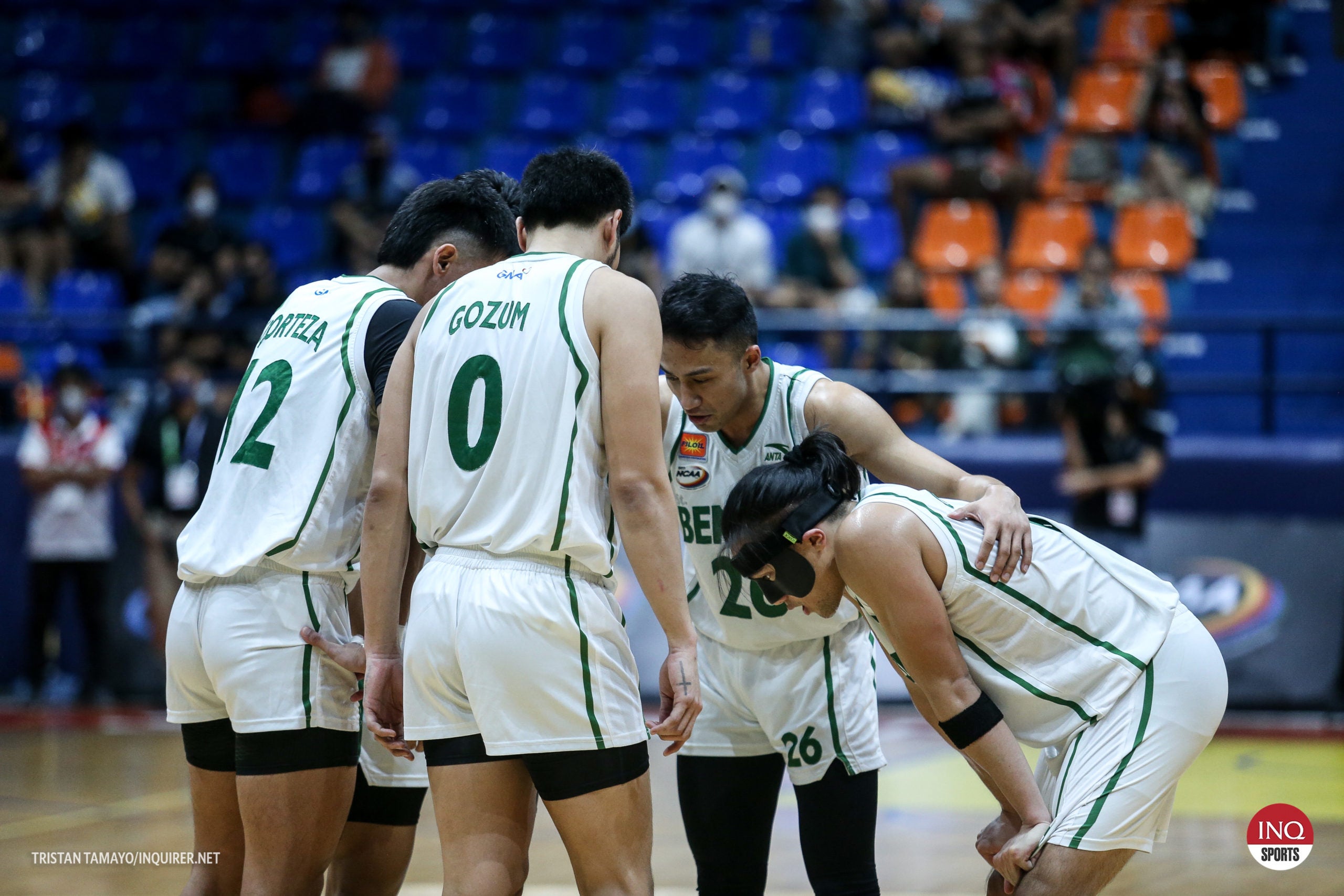 Tiu wants to help his players prove their past teams wrong for cutting them off their lineup.

“I tell them, ‘You know, you guys were cut by your school for one reason or another. That’s why we have something to prove. Let’s prove to everybody that they made mistakes and let you go,'” said Tiu in the Howie Severino Podcast.

So far, the top coach’s challenge is being accepted in a positive way by the Blazers’ top players.

Will Gozum, a star in the NCAA Jrs. division with Mapua in 2018, started his collegiate career with University of the Philippines where he was barely used.

After only averaging just four minutes a game for the Fighting Maroons, the prized recruit made the jump to Benilde before Season 97.

Now, the key cog for Tiu is averaging 16.8 points and 9.7 rebounds per game and is the frontrunner for league MVP.

“Maybe they just didn’t fit the previous coach, the previous team. Maybe they weren’t given a chance. But we wanna develop theirs and we wanna show that they belong, they play basketball,” Tiu explained.

The stars in the backcourt have almost the same story as Benilde’s big man.

Migs Oczon and JC Cullar used to be players in the UAAP  who are flourishing with the Blazers in the NCAA.

Oczon is averaging 12.2 points per game, a huge leap from his norms at National University in Season 82 where he only posted 4.14 markers an outing.

Cullar, who was a member of the University of the East in Season 81, is now a vital member of a team, being Benilde’s team captain. He is also the squad’s leading passer with 4.7 assists per game.

Tiu and his band of unused players will headline the NCAA Finals on Sunday as they face off against defending champion Letran.