Brandon Vera retires from MMA after loss at ONE 164 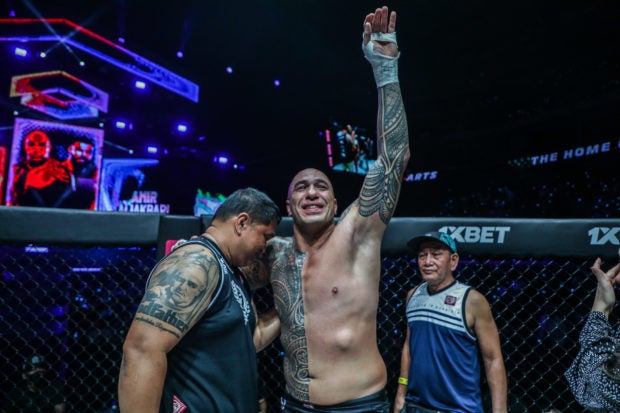 MANILA, Philippines—Brandon Vera on Saturday announced his retirement after a 20-year career in mixed martial arts.

Vera called it a career after losing to Amir Aliakbar by technical knockout in the first round of their heavyweight clash in ONE 164 at Mall of Asia Arena.

“Eto ngayon (and now) you just witness The Truth’s very last fight in MMA. I wish I could’ve come out with a win,” added Vera, who also said he broke his hand during the fight.

The 45-year-old Vera once had a promising career during his heyday when he was still in the UFC from 2005 to 2013, fighting the likes of Jon Jones and Randy Couture among others.

In 2014, Vera signed with ONE Championship where he became the inaugural heavyweight champion.

Before the pandemic, Vera tried to become a double champion but lost to then light heavyweight king Aung La N Sang in 2019.

Vera, who has also become a movie star in the Philippines, left his gloves on the cage and exited while carrying his son as cheers of “Vera” serenaded him.