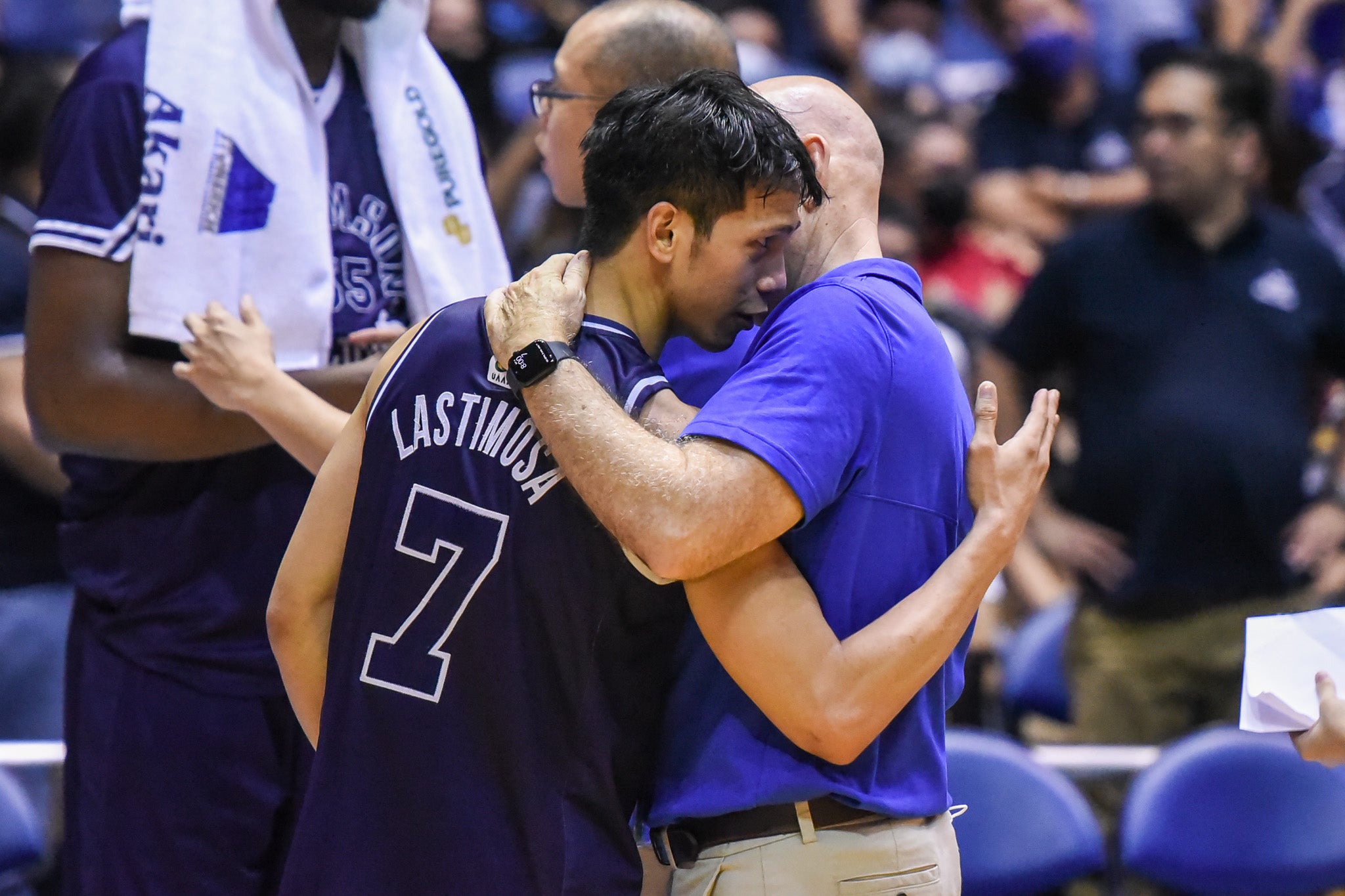 Adamson star Jerom Lastimosa and Ateneo coach Tab Baldwin hug it out after their Final Four match up. –UAAP PHOTO

Lastimosa was the leading scorer for the Falcons but only finished with 10 points, allowing the Blue Eagles reach the league’s final for the sixth straight year in a dominant fashion.

Chris Koon and BJ Andrade were given the task to lock down the star guard, something Baldwin said was accomplished successfully.

“This is the playoffs, the reason these two guys [Koon and Andrade] are here is because of Jerom. He couldn’t see anything for three and a half quarters of the game and that’s a credit to these two,” the veteran tactician said.

“That was a big part of the game plan. He’s a great player. Neutralizing him forces the rest of their roster to do things they’re not comfortable with and these two guys did a phenomenal job defending Jerom,” he added. Andrade only finished with five markers but held Lastimosa down to only a 26.7 percent shooting clip, sinking only four of his 15 attempts from the field.

The Adamson guard also went blank from the three-point area in seven tries.

Koon, on the other hand, finished with 15 points and five assists, being successful four times from beyond the arc in five attempts.

“He’s a great player. When the coach put me in the jump to guard him I wanted to take that role. Everything they told me, I tried to do. It was tough, he’ll get his, but as a team on defense, we had so many rotations and so many guys stepped up,” Koon said.

Earlier in the day, University of the Philippines clinched the first finals berth after squeaking past National University, 69-61.

Ateneo’s date with the defending champions will begin on Sunday at the Mall of Asia Arena.