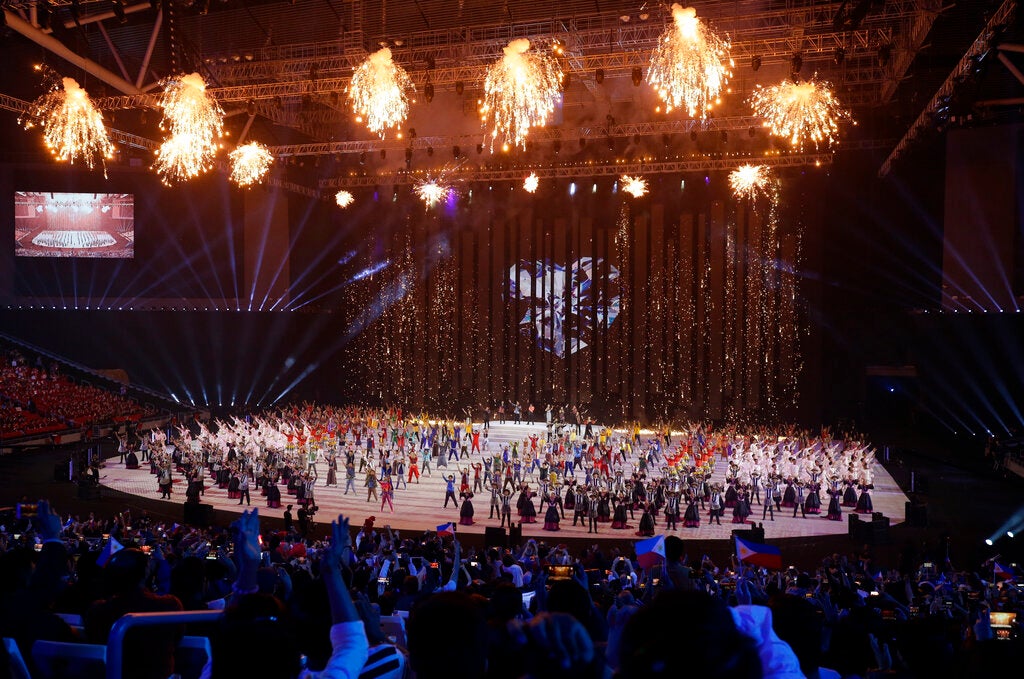 BOCAUE, Bulacan — A grandiose opening ceremony for the 30th Southeast Asian Games was promised in the lead up to the regional sports showcase.

Spectators weren’t left disappointed as they were treated to a show that featured some of the best Filipino talents showcasing the rich Filipino culture.

Among those spectators were President Rodrigo Duterte and Sultan of Brunei Hassanal Bolkiah.

No less than Duterte himself announced the official start of the biennial meet, which is considered the biggest SEA Games ever with 56 sports.

The Ramon Obusan Folkloric Group and student performers from different colleges and universities opened a night of entertainment and festivities with a variety of folk dances including the Tinikling.

The parade of athletes from the participating nations also featured 11 beauty queens including Miss Universe 2015 Pia Wurtzbach, who led the way for the 1,868 Filipino athletes and officials during the march.

The large Filipino crowd filling up the 55,000-seater venue cheered and sang along to “Manila” as the Philippine delegation made its way to the stage.

World boxing champions Manny Pacquiao and Nesthy Petecio led the lighting of the cauldron at New Clark City, which was shown on the LED screen.

Although prerecorded, the lighting of the cauldron and the lavish firework ceremony that followed still drew loud cheers from the crowd.

Lani Misalucha set the tone when she belted out a powerful rendition of the country’s national anthem.