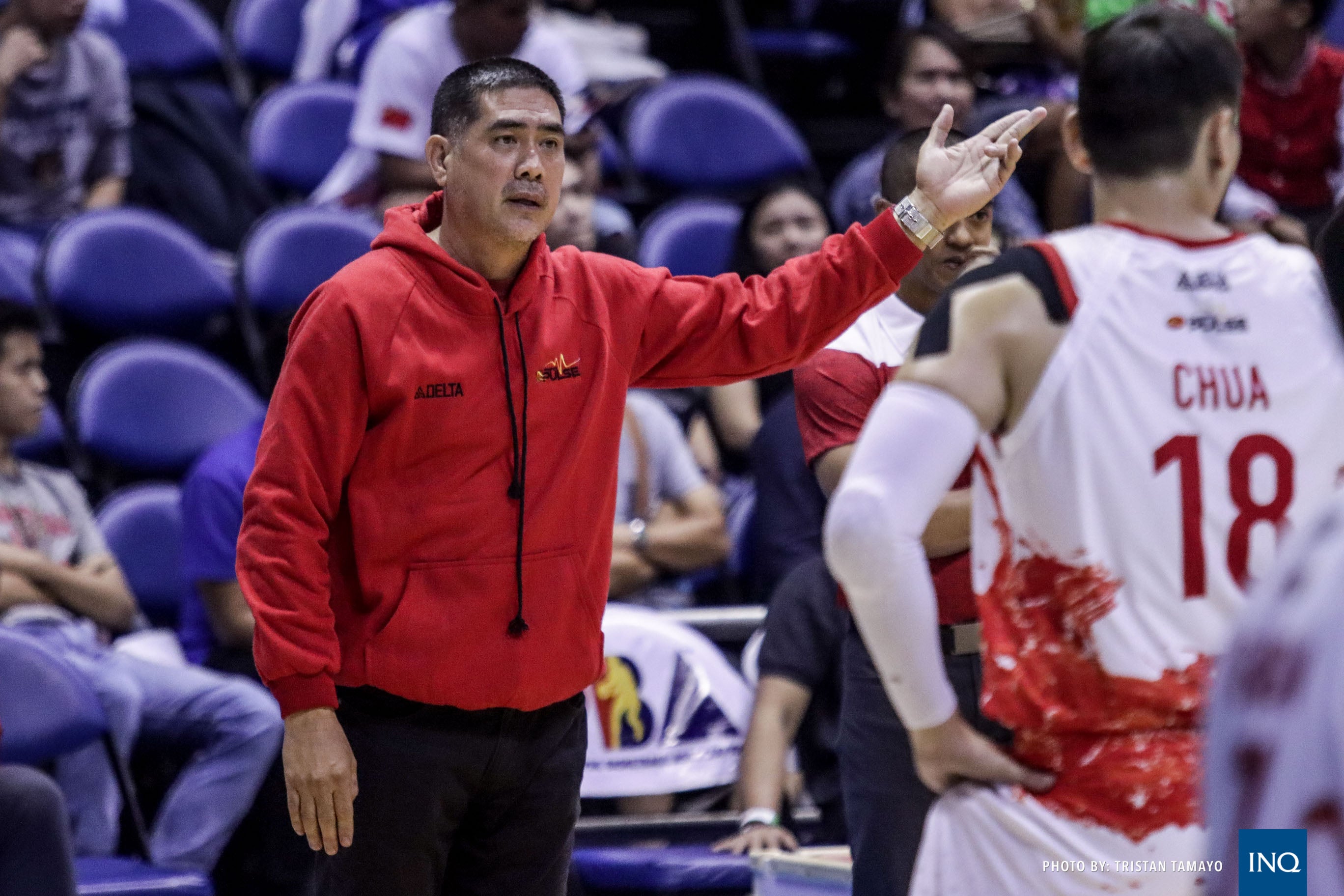 MANILA, Philippines–Phoenix made several moves shortly after its PBA season came to an end, acquiring a slew of players in a period of one month.

The Fuel Masters have acquired a slew of role players in Jake Pascual, free agent Jansen Rios and Brian Heruela are also set to sign Jaymo Eguilos, a big man who last played for Batangas in the Maharlika Pilipinas Basketball League.

They also dealt away LA Revilla for the rights to Sol Mercado from Barangay Ginebra, but it remains unclear whether they would sign the hard-nosed veteran point guard to a contract.

But Phoenix coach Louie Alas said his team could use another big man following the retirement of old reliable Doug Kramer.

“We’re really waiting for a big man to come along because Doug Kramer has already retired,” he said in Filipino on Wednesday after practice at Upper Deck in Pasig City.

“If we are to make more changes, it’s going to be minor, but I’m already good with what we have.”Phoenix hopes to redeem itself next season after winning only three games in the Governors’ Cup.

Spearheading the Fuel Masters’ drive once again in the Philippine Cup are sharpshooter Matthew Wright and budding star Jason Perkins.

In last year’s all-Filipino conference, Wright and Perkins formed a solid troika with Calvin Abueva as Phoenix secured the top spot before losing to eventual champion San Miguel Beer in the semifinals.

This year, however, Phoenix may have to keep making do minus the embattled Abueva, who remains to be under indefinite suspension after clotheslining TNT import Terrence Jones early into the Commissioner’s Cup last season.

“Still no update on Calvin but we’re working on it and Calvin is really doing his job, fulfilling everything the Commissioner’s Office asks him to do,” Alas said.

The Fuel Masters look to redeem themselves after having just three wins to show in the 2019 Governors’ Cup.

Read Next
Rudy Gobert does it all as Jazz rout young Warriors
EDITORS' PICK
New virus has infected more than 77,000 people globally
Mallorca City: Home of Cavite’s finest industrial hub
US intel officials say Russia boosting Trump candidacy
Filipino among new cases of COVID-19 in UAE
The fight of the decade: The Gypsy King vs The Bronze Bomber
Baldwin sees less reliance on PBA in Gilas’ future
MOST READ
‘AshMatt’ nuptials: ‘Divine knowledge’ leads to blotter entry
LOOK: Heart Evangelista wears ‘Quiapo headband’ at Paris Fashion Week
Mark Bautista on love: ‘She has to be understanding of my situation, that I’m bisexual’
Baldwin sees less reliance on PBA in Gilas’ future
Don't miss out on the latest news and information.