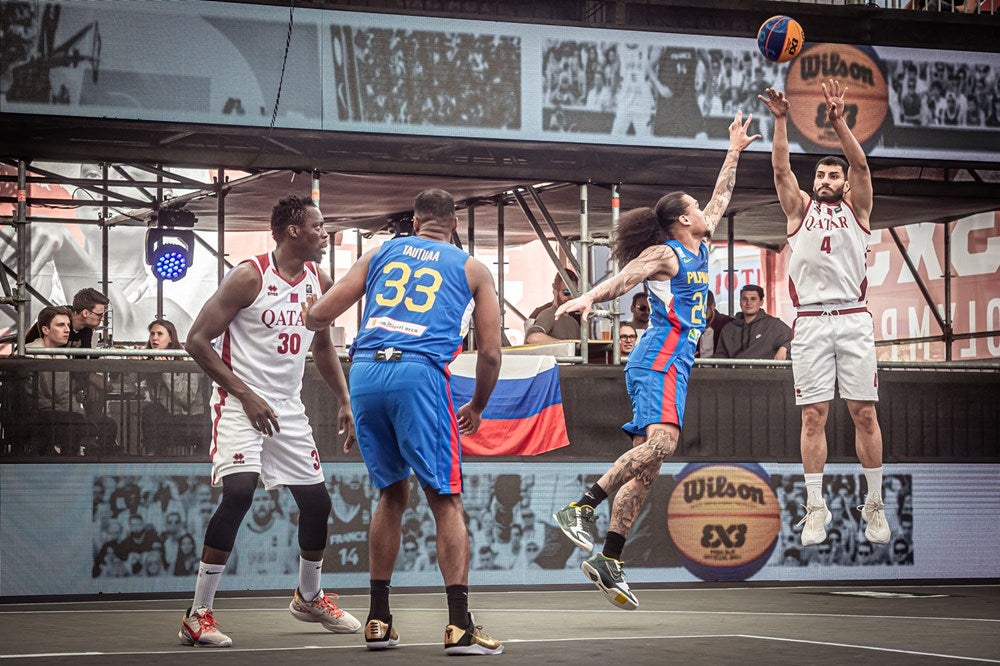 MANILA, Philippines—Gilas Pilipinas’ campaign in the Fiba 3×3 Olympic Qualifying Tournament was nothing short of disappointing with the team failing to win a single game in Graz, Austria.

After the bunch of Joshua Munzon, CJ Perez, Santi Santillan, and Moala Tautuaa was clobbered in the four games in the preliminaries, Samahang Basketbol ng Pilipinas is determined to make improvements.

Ryan Gregorio, the special assistant to the SBP President, said on Friday that the local governing body is already finding ways to improve the 3×3 program and that includes hiring a European consultant.

“It’s really important for us to identify the things that we can improve on. It is also doubly important for us to look for ways to strengthen and enhance our program,” said Gregorio in an interview with Inquirer’s SportsIQ. “It is something that we’ve discussed extensively in the past few days, together with the team that represented us, we waited for them to come back and complete our post mortem.”

“We also want to make sure that there is also a component wherein an identified expert in 3×3, probably Europe for example where they have a better grasp of how to play 3×3…So we are opening ourselves up for European consultant that is definitely part of our pipeline.”

Gregorio noted how Qatar made a big leap in the development of its 3×3 program when it employed World no.1 player Dusan Bulut of Serbia to serve as its head coach.

Qatar finished no.14 overall in the tournament while the Philippines sat at no.20.

Gregorio added that to further develop the country’s 3×3 program, a pool of players solely dedicated to the discipline is needed.

Though Munzon and Santillan played mostly in the halfcourt setting, they had their start in organized basketball on the 5×5. Tautuaa and Perez, meanwhile, are primarily 5×5 players for San Miguel.

Fortunately for the SBP, that steady supply of players could be within reach with the PBA setting up its own 3×3 league and the Pilipinas Chooks-to-Go 3×3 tournament already paving the way for several years now.

Munzon, Santillan, and Alvin Pasaol—three players who played internationally representing the Philippines before—were all playing for the Chooks-to-Go league before applying for the PBA Draft in 2020.

“Another thing that we’ve learned this in order to compete well in the 3×3 tournaments, you have to play a lot of 3×3 games. So we’re also looking at the PBA 3×3. At this point, it can be a great repository of talent for us,” said Gregorio.