Throughout the vast history of the Olympic Games, no Filipino has ever won a gold medal.

The Tokyo Olympics, pushed back a year due to the COVID-19 pandemic, could finally be where the wait ends. The Philippines is set to field in a 19-strong contingent—the largest since Sydney 2000 and the most talent-rich in recent memory.

Meet the athletes who will be carrying the Filipino campaign in Tokyo: 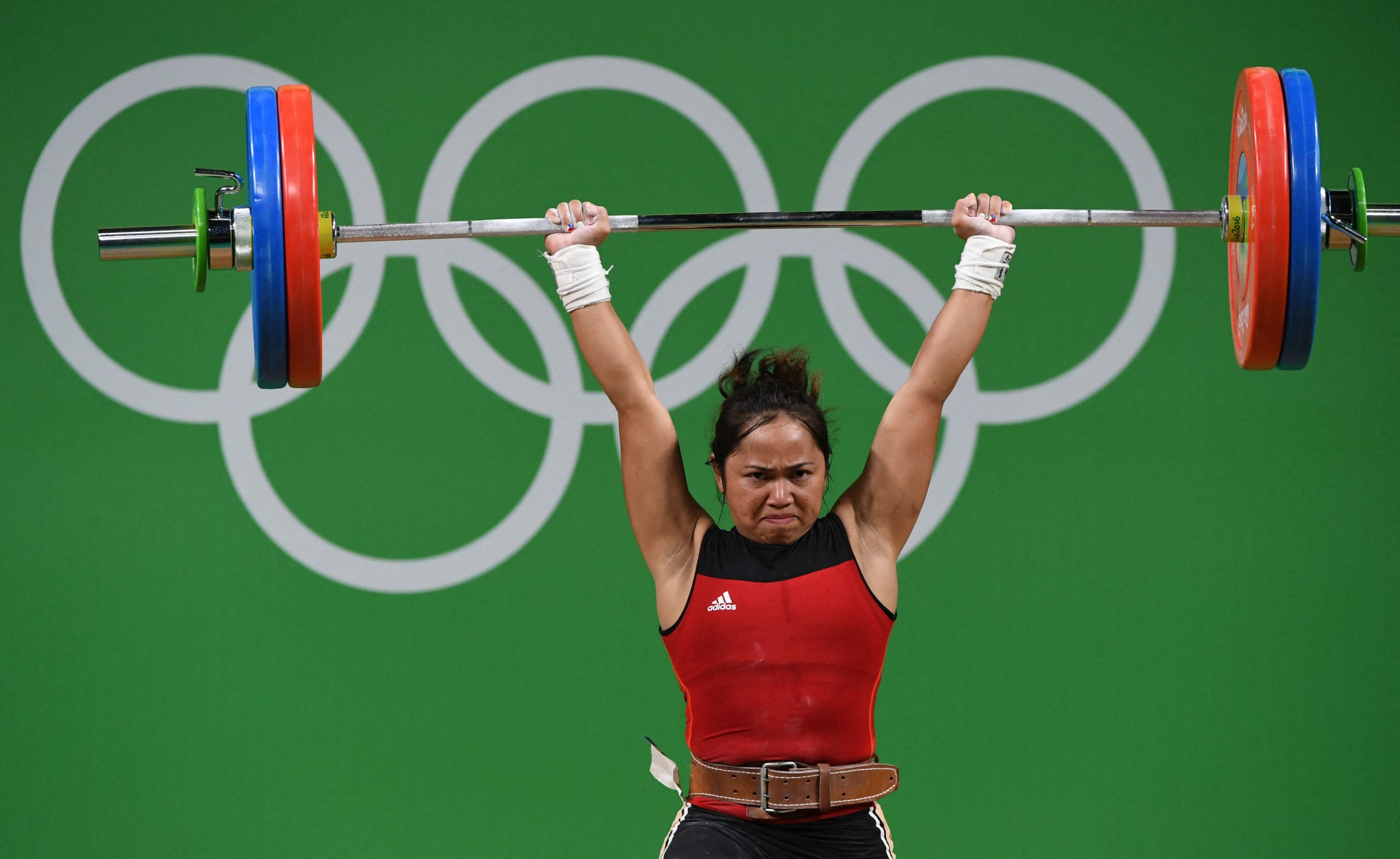 In 2016, Hidilyn Diaz made history by winning a silver medal in the Rio de Janeiro Olympics to become the first Filipino woman to win a medal in the Summer Games.

Diaz is looking to finally get over the hump in Tokyo—her fourth straight appearance in the Summer Games.

Diaz, who will compete in the women’s 55-kg class, is one of two Filipino weightlifters to qualify for the Tokyo Olympics with Elreen Ando the other. 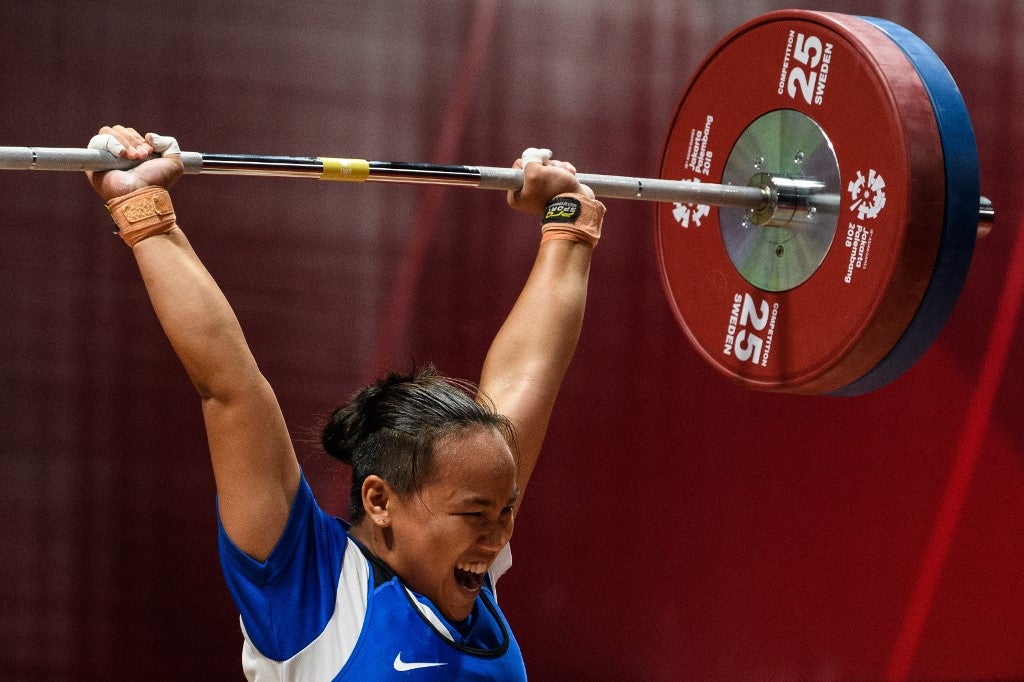 Ando, brimming with potential at 22 years old, will participate in the women’s 64-kg event.

The Cebu City native had a noteworthy campaign in the 2021 Asian Weightlifting Championships in Uzbekistan where she claimed two silver medals and a bronze.

The 30-year-old Diaz, the pride of Zamboanga City, spent much of her Tokyo buildup in Malaysia and even set a new personal record during her training there.

She is the reigning Asian and Southeast Asian champion. 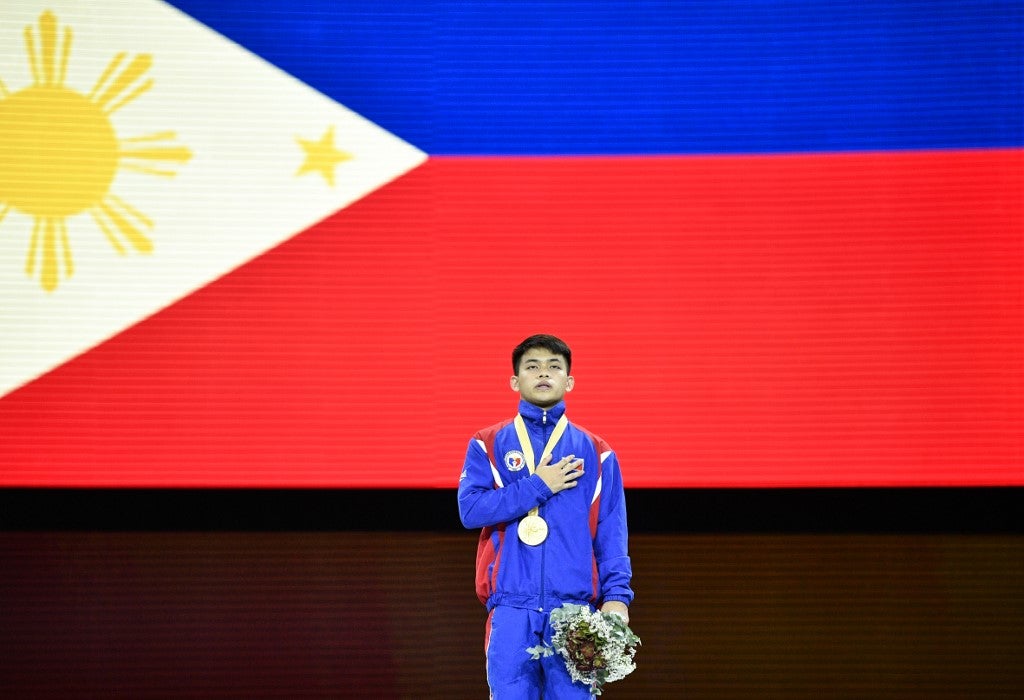 While the weight of expectations from a nation starving for Olympic glory lies on the broad shoulders of Diaz, the stakes also couldn’t get any bigger for pint-sized star Carlos Yulo.

The world champion gymnast, too, is considered to be one of the country’s strongest bets to win a gold medal.

Yulo, who ruled the floor exercise—his pet event—in the 2019 World Artistic Gymnastics Championships in Stuttgart, Germany, has been honing his skills in Japan for the past four years under the guidance of coach Munehiro Kugiyama.

Deadset on making history, the 21-year-old Yulo had to decline an offer by the Philippine Olympic Committee (POC) to be the country’s flag-bearer as he needs to fully prepare himself for the competition which comes just a day after the July 23 opening ceremony.

He is also targetting at least a silver medal in the vault and a finals appearance in the parallel bars. Another favorite to make the podium is EJ Obiena.

The fast-rising pole vaulter has been making waves in pre-Olympic tournaments and he intends to do the same in the grandest spectacle in sports.

Obiena, the first Filipino to qualify for the Tokyo Games, has had his hands full setting national records and winning medals here and there—beating the top names in the sport including reigning Olympic champion Thiago Braz.

The 25-year-old Obiena, who is a second-generation star, toppled Braz for the gold in Sweden earlier this month—a feat that came just days after he broke the Philippine mark with a 5.87-meter jump for the silver medal in Poland.

He is now ranked world No. 6 in pole vault. 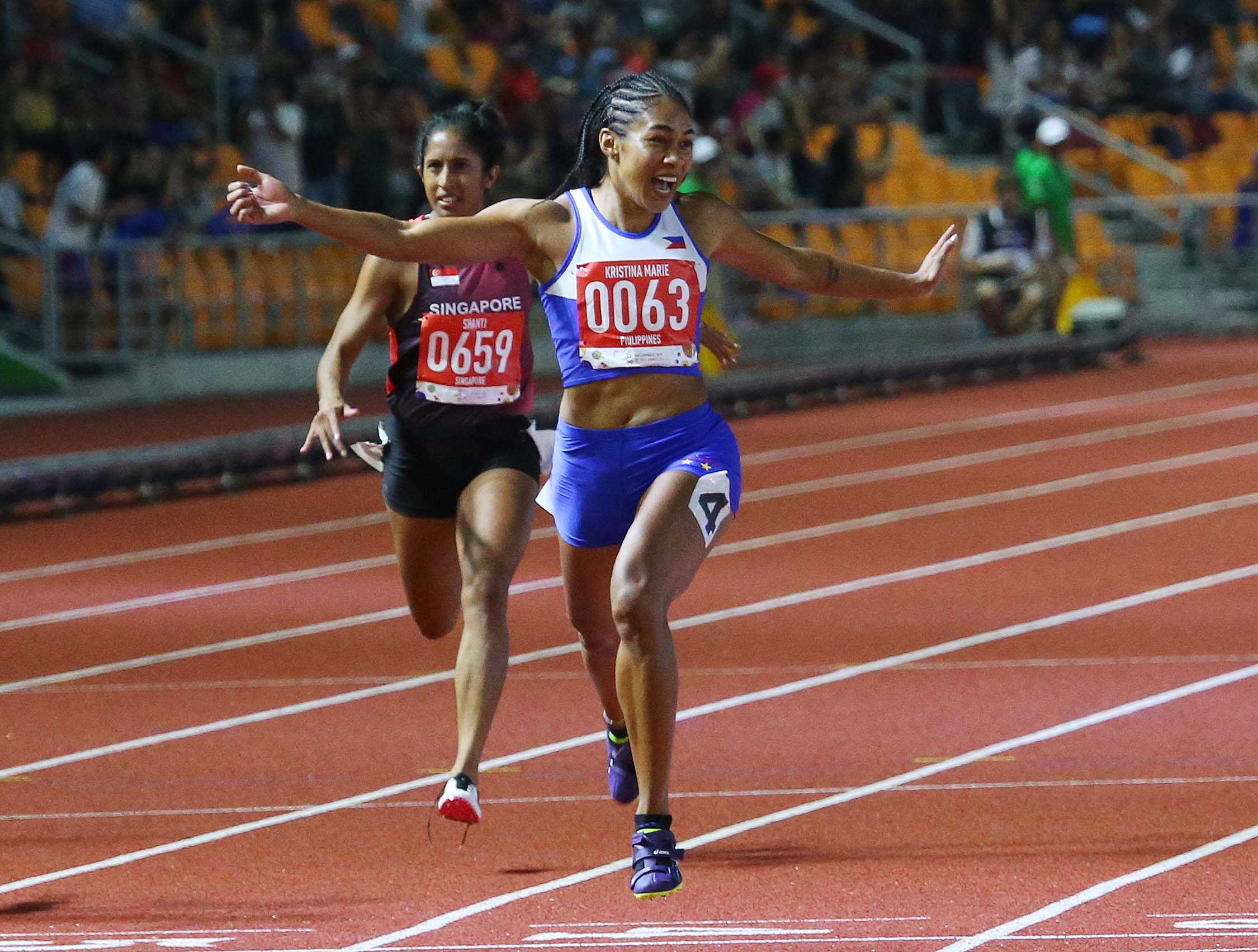 Kristina Knott, meanwhile, finds herself as the lone Filipino track star in Tokyo.

Knott stamped her class in the 30th Southeast Asian Games in 2019 with four medals—two golds in the 4x100m mixed relay and 200m and a couple of silvers in the 100m and 4x100m relay events.

Knott hopes to give her adversaries in the 200-meter dash a run for their money.

The odds, however, are highly stacked against Knott, who broke Lydia de Vega’s 33-year-old Philippine record in the 100m last August. 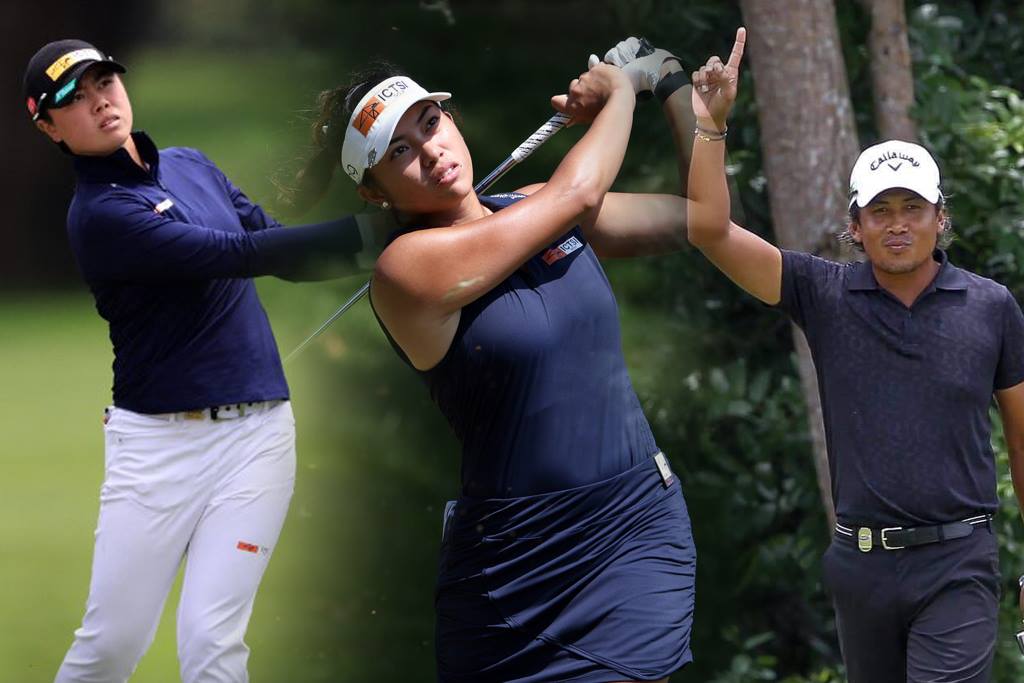 From one budding superstar to another, Yuka Saso showed nerves of steel on her way to winning the US Women’s Open golf championship last June.

The same kind of performance and grace under tremendous pressure could certainly win her a gold medal in Tokyo as well.

Ranked No. 9 in the world, the Filipino-Japanese ace, who also has a pair of Japan LPGA Tour wins under her belt, has a legitimate chance to bring home the country’s first Olympic gold.

Saso, who just turned 20 last month, isn’t the only Filipino golfer to qualify.

Also taking a swing at a podium finish are Juvic Pagunsan and Bianca Pagdanganan.

Pagunsan, 43, may be the oldest member of the Philippine delegation to Tokyo but his experience will definitely be to his advantage. Just two months ago, Pagunsan ruled the 2021 Mizuno Open to claim his first Japan Golf Tour title.

Like Saso, the 23-year-old Pagdanganan also turned heads as an LPGA rookie. The former University of Arizona standout, who won a US NCAA Division I title in 2018, entered the Olympics ranked No. 43 in the world.

Pagdanganan, like Saso, is an Asian Games gold medalist and won two golds in the 2019 Southeast Asian Games.

In Rio, the Philippines had only Miguel Tabuena as its representative in golf and he finished 53rd overall. Gebbie, who is based in Melbourne, will try his luck in the men’s 100 meter and 50m freestyle events. Rule, 24, will hope to make a splash in the 200m butterfly and 200m freestyle.

Their maiden campaign for the Philippines in the Fina World Championships did wonders when they wore the country’s colors anew several months later in the SEA Games. 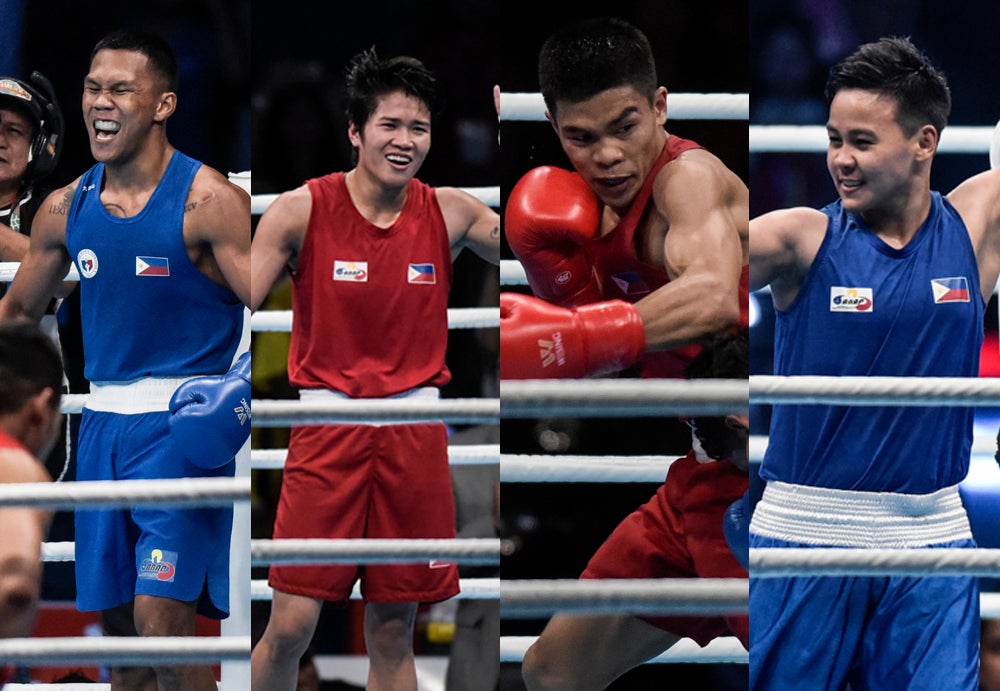 The Philippines winning an Olympic gold medal was always considered a puncher’s chance, but this year’s contingent may just get it.

Boasting a lineup of accomplished talents, the country has four boxers who have proven themselves in the regional and continental levels including two pugs who have made it into the world stage.

One of the most decorated amateur boxers in Philippine history, middleweight bet Eumir Marcial is ready to make his mark in the biggest sporting spectacle in the world.

Already a proven name in the regional circuit with three gold medals in the Southeast Asian Games, Marcial punched his ticket to the Games when he captured gold in the 2020 Asia and Oceania Boxing qualifiers before going pro and winning his professional debut fight.

While Marcial made immediate impact, it took Nesthy Petecio a while to win her first medal as an amateur.

It was only after four years that Petecio won a silver in the 2011 SEA Games, and the next seven saw here get to the cusp of success only to settle for a silver in both the continental and regional level.

But Petecio changed the narrative in 2019. She won her first gold medal in the AIBA World Championships, becoming the second Filipina to do so, then proceed to dominate the competition in the SEA Games to get the top prize as well.

The distinction of being the first Filipino woman to qualify for the Olympics, though, belongs to Irish Magno.

More than a decade since discovering boxing at 16, Magno had her arm raised after defeating Tajikistan’s Sumaiya Qosimova in the box-off round of the 2020 Asia and Oceania Boxing OQT to book her ticket to the Summer Games.

The last of the boxers to make it to Tokyo also had humble roots, maybe even humbler than most.

From scavenging for scraps to challenging for gold, it’s safe to say that Carlo Paalam has truly made it.

Unlike Magno and Marcial who qualified via the OQT, Paalam earned his spot in Tokyo by virtue of his world rankings that the International Olympic Committee Boxing Task Force recognized for his inclusion in the Olympics. 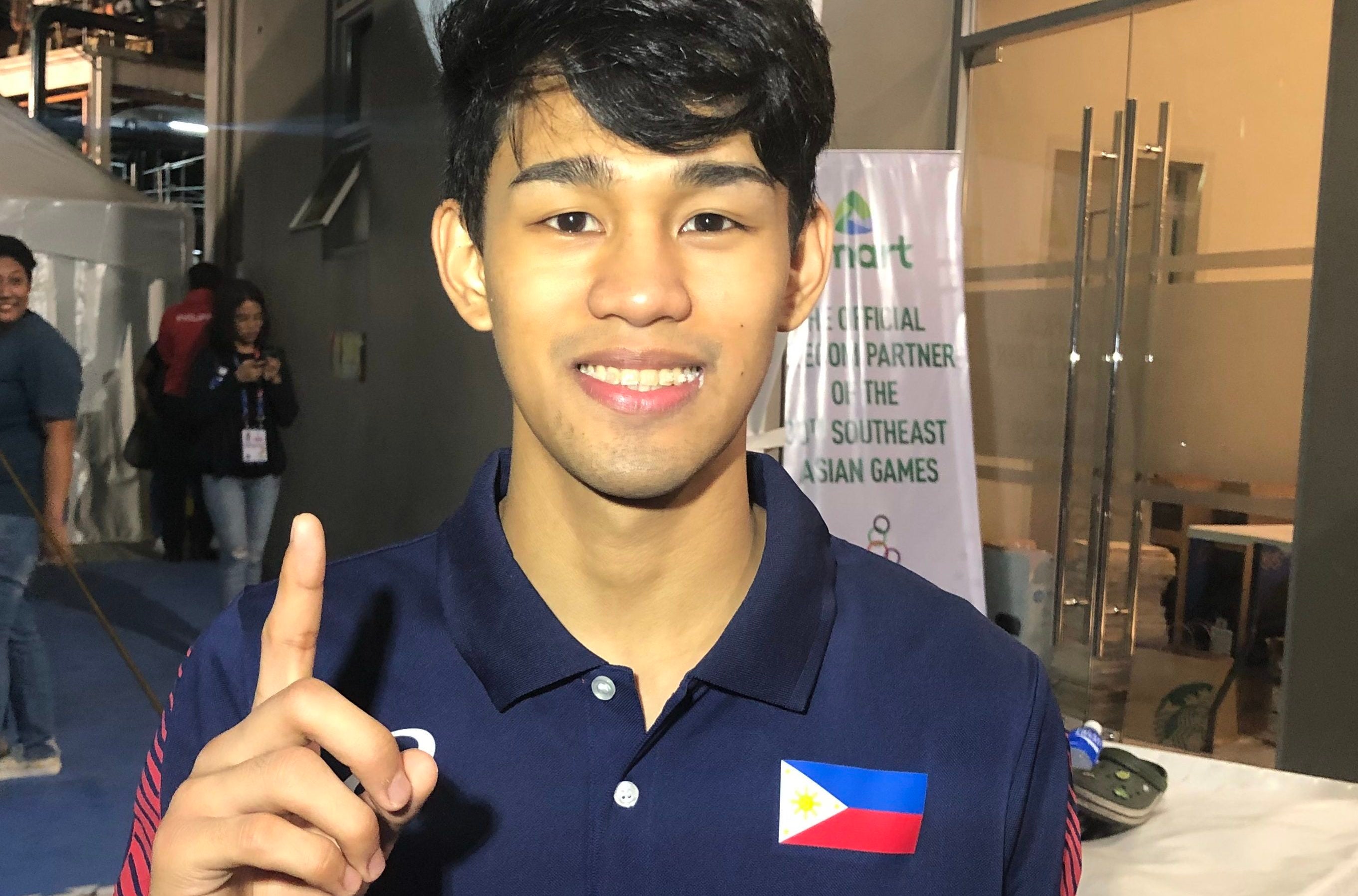 In just three years, taekwondo jin Kurt Barbosa went from competing in the UAAP to representing the Philippines in the coming Tokyo Olympics.

Barbosa, who hails from Bangued in Abra, first got recognized in the Philippine National Games leading him to the Philippine Taekwondo Association’s grassroots program.

From then on Barbosa made an immediate impact for National University winning both Rookie of the Year and MVP in Season 81 and just a year later, was winning a gold medal in the SEA Games.

The 22-year-old athlete will be the lone Filipino in the taekwondo competition, booking his slot in the Olympics in the most dramatic way possible–coming back from a 10-point deficit and stunning Jordan’s Zaid Al-Halawani 50-49. 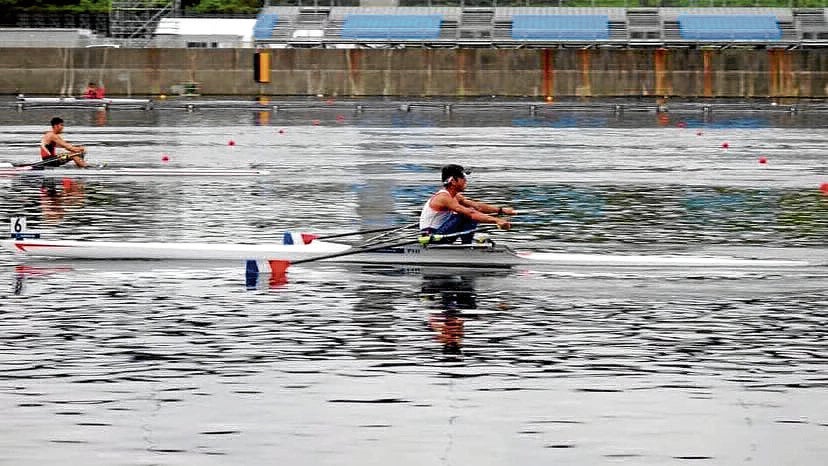 Cris Nievarez in action during qualifying two weeks ago in Japan. —CONTRIBUTED PHOTO

Though some athletes began their careers as early as possible, Cris Nievarez had to first find his after switching from one sport to another.

Nievarez was almost set for a career in athletics, even representing his province in the Palarong Pambansa. But in 2015, he found the sport that would bring him to the biggest sporting event in the world.

EXPLAINER: Rowing at the Olympics

Upon the invitation of former national rower Justine Viñas, Nievarez ditched the track for the open water and dedicated himself to rowing.

Now, Nievarez is the Philippines’ first rower in 21 years–since Benjie Tolentino in the 2000 Sydney Games–to compete in the Olympics after qualifying by virtue of his continental qualification regattas.

The 21-year-old SEA Games gold medalist will be participating in the men’s single sculls event in Tokyo.

Boxing, taekwondo, and rowing are considered traditional sports in the Olympics. But Margielyn Didal is anything but traditional, and she made it to the Olympics via a sport that is making its Summer Games debut.

Trailblazer is just one way of describing Didal, not only changing the perception of skateboarders in the country but also collecting precious medals along the way.

From skateboarding for fun, Didal broke the glass ceiling for the Philippines in the sport after competing in the X Games and winning gold medal in the Asian Games in 2018. She then followed it up with two more gold medals in the 2019 SEA Games.

Didal booked her spot in the street event of the Olympics by virtue of her ranking in the World Skate’s table.

While Didal has the artistry on the streets, Kiyomi Watanabe has the strength and intimidation on the mats.

After settling for bronze in her first SEA Games competition in 2011, Watanabe proceeded to dominate the region and won four gold medals in the succeeding years of the biennial meet as she moved down from 70kg to 63kg.

Watanabe also managed to snag a bronze in the International Judo Federation World Tour in Paris and two silver medals in the Asian Games in Jakarta and European Open in Paris.

Watanabe, a strong bet for a medal, secured her spot in the Olympics via continental quota in her division as per the IJF. 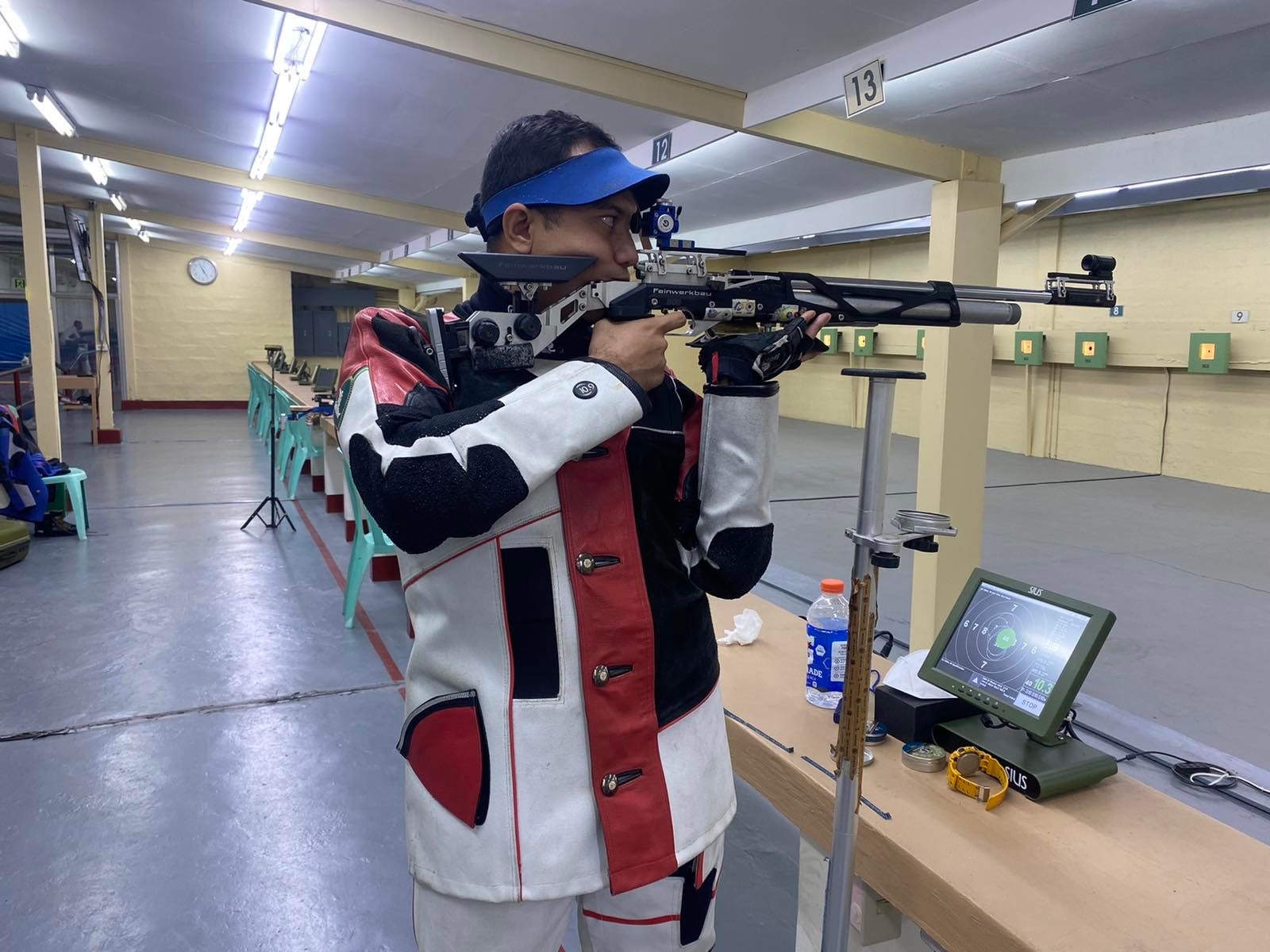 Jayson Valdez will be competing in the Tokyo Olympics. CONTRIBUTED PHOTO

From strength to precision, Jayson Valdez made sure his dream would become a reality. It took a change of sport and a little pf fate intervening for Valdez to step into the world’s biggest sporting competition.

Valdez, the son of former national team shooter Julius Valdez, initially pursued taekwondo at 13 and only took up shooting as a leisure activity with his father.

The older Valdez then encouraged his son to take up his sport with another national team shooter Nathaniel “Tac” Padilla providing further guidance.

The change ultimately paid off as Valdez, who is  a Philippine record holder for 10-meter air rifle,  booked his ticket to Tokyo Games by virtue of a quota spot from the International Shooting Sport Federation.