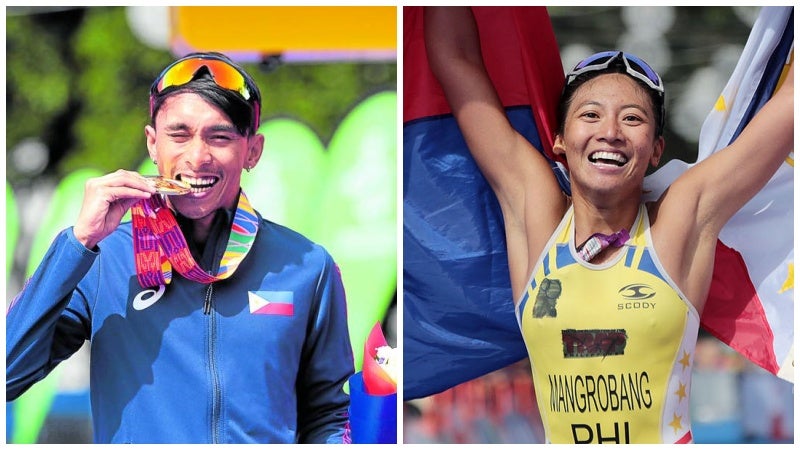 MANILA, Philippine–Kim Mangrobang remains as the heavy favorite in women’s triathlon of the 31st Southeast Asian Games in Hanoi, Vietnam while John Chicano is the country’s strongest bet in duathlon.

Mangrobang, the back-to-back women’s SEA Games gold medalist, and the 2019 men’s champion Chicano will headline the country’s jaunt in the Subic International Triathlon (SUBIT) on May 1, their last big hurdle before heading to the Vietnam Games to defend their titles.

Alcoseba and Remolino belong to the Triathlon Association of the Philippines’ new crop of young triathletes to keep the nation’s gold-medal streak in the SEA Games going since 2015 in Singapore.

The first international-flavored triathlon event in the country since the onset of the pandemic, Carrasco said the Subit plays a major role for the preparation of Chicano and Mangrobang as well as their teammates to again rule the triathlon races in the SEA Games for the fourth consecutive edition.

According to Carrasco, Subit is a vital component of Trap’s recruitment process where the likes of youth standouts Gene Heart Quiambao, Erika Burgos, Mathew Hermosa and the famed Lipura twins were discovered.