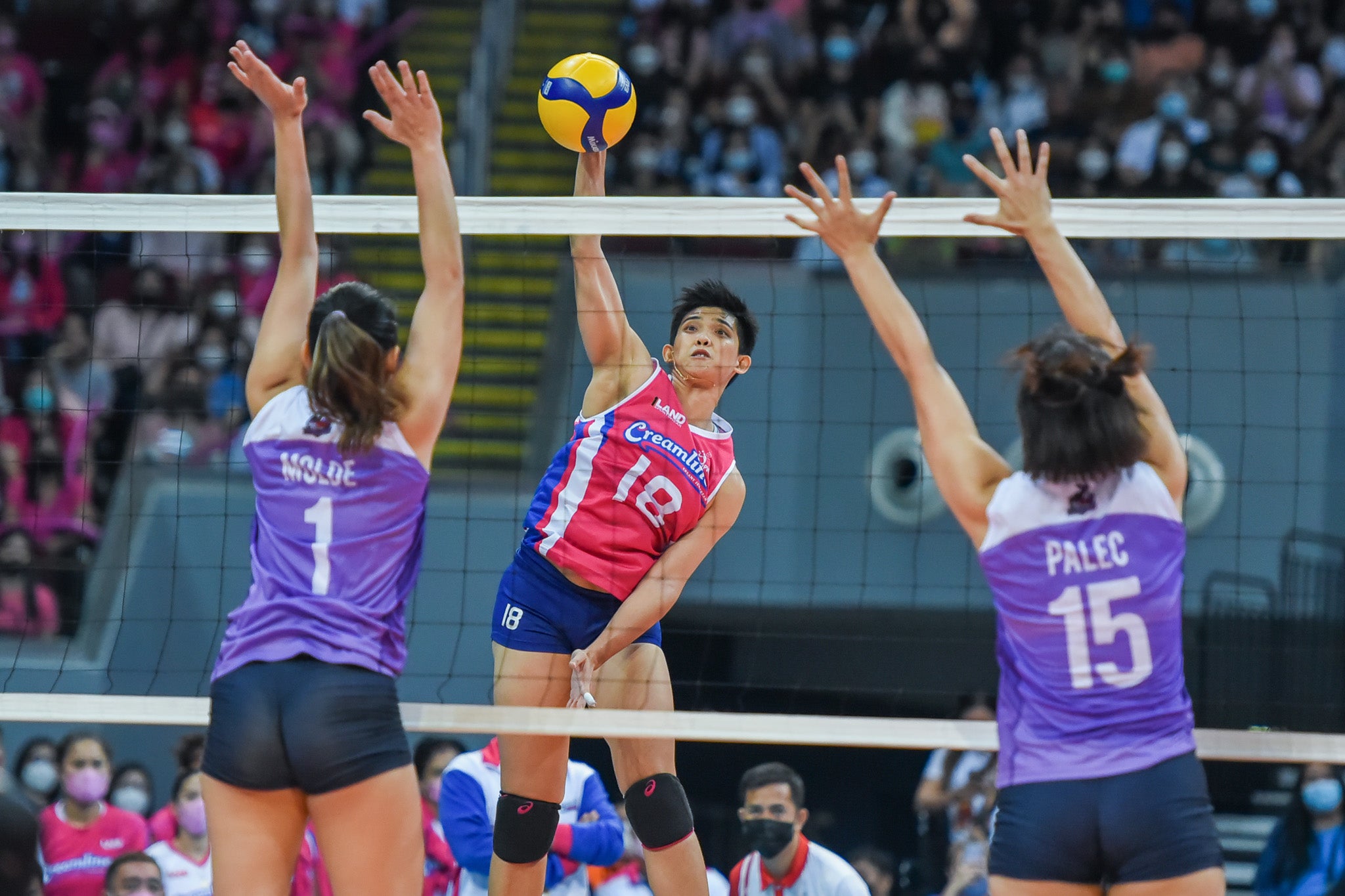 MANILA, Philippines — Tots Carlos unleashed 25 points as Creamline pounced on its depleted sister team Choco Mucho, 25-22, 25-14, 25-22, to move a win closer to a semifinals ticket in the Premier Volleyball League Invitational Conference on Saturday at Mall of Asia Arena.

Carlos was nearly unstoppable with 23 kills, one ace, and a block to bring back the winning ways of the Cool Smashers, who are coming off a tough four-set loss to Cignal two days ago, and dominate the Flying Titans in front of a roaring 15, 237 fans clad in pink and purple.

“Tots has really improved her reception. Because she has control of her game. If she receives well, she will score a lot of points,” said Creamline coach Sherwin Meneses in Filipino. “I told her to take advantage every time she avoids the opposing team’s blockers.”

The Cool Smashers recovered from a 1-7 start in the third set as Carlos gave Creamline a 20-19 cushion before she drilled the last four points to beat the Flying Titans in the one-hour and 40-minute encounter. 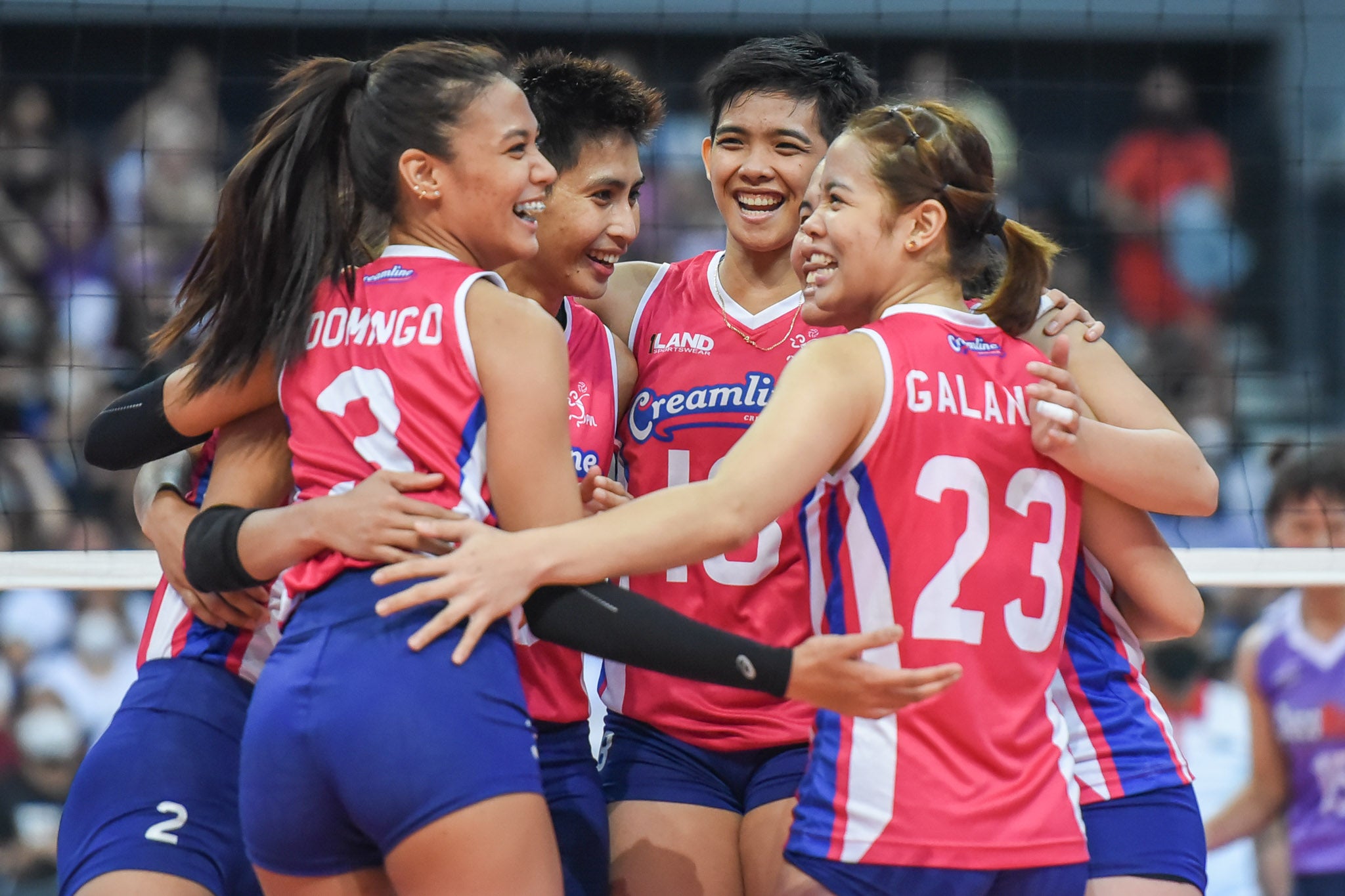 Creamline bounced back from its first defeat of the season after winning 10 straight games and improved to 3-1 tied with PLDT at No.2.

“We’re happy because we’re one win away from securing our spot to the second round,” Meneses said. “Actually we didn’t adjust anything from that loss. We just needed time to recover and I just told them to continue working hard and sticking to the system. Our team moved on right away and focused on this match against Choco Mucho.”

Choco Mucho fell on the brink of elimination with its third straight loss in four matches.

Caitlyn Viray carried the undermanned Flying Titans with 12 points. Isa Molde had eight points and 11 receptions. Choco Mucho lost six straight matches to Creamline as it hasn’t won a single match against its sister team since joining PVL in 2019.