MANILA, Philippines — Buoyed by his Gilas Pilipinas stint during the offseason, Dwight Ramos is eager to deliver for Levanga Hokkaido in his second year in Japan B.League.

The 6-foot-4 guard, who played for the national team in the previous windows of the Fiba World Cup 2023 Asian Qualifiers, is bringing all the lessons he got from carrying the flag as he plays for a new team in the 2022-23 division 1 league.

“I think it was great playing with the national team. It gave me a chance to keep playing, keep improving even during the offseason. I think it only helps me, playing those games, it helps prepare me for this upcoming season,” said Ramos during his introductory press conference on Wednesday.

In fact, Levanga Hokkaido’s general manager Takahiko Kiyonaga was impressed by the Filipino-American during his national team stint in the Asia Cup qualifiers last year.

“Before I saw Dwight play last season, I was watching him play for the national team, playing against teams like Korea, Indonesia, and some other countries. What we see in Dwight, first and foremost, he’s a hard worker. No matter what color of the jersey he’s worn, in any level that he plays, winning or losing,” said the team official. “He’s very calm on the court, and he’s got a very good rhythm that he brings to the game. And that’s something that can certainly help this team.”

“Not to mention, he’s got a very high basketball IQ on both ends of the floor. His ability to rebound, (defend), push the ball in transition, attack the paint, and create opportunities for himself and for his teammates. And of course, score in multiple ways, which we lacked last season,” he added.

Ramos, who averaged 10.0 points, 3.9 rebounds, 2.3 assists, and 1.1 steals in 24.8 minutes in 46 games for his former team, the Toyama Grouses, is eager to repay the trust of his “favorite city” in the Land of the Rising Sun by helping Hokkaido from a 21-35 finish last season. 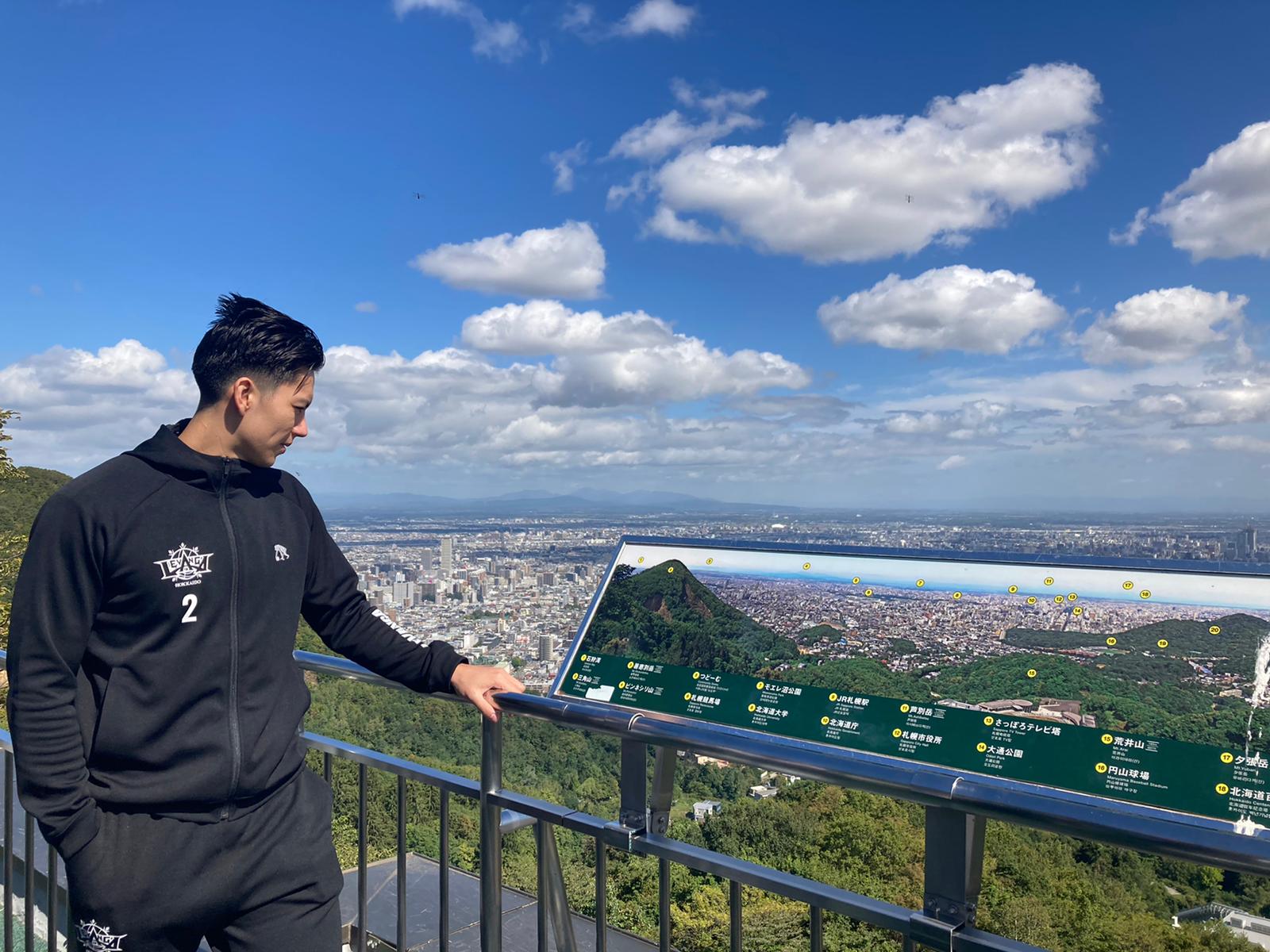 Dwight Ramos during his tour of Sapporo City. –B.LEAGUE PHOTO

“My first year, I was really adjusting to everything so, this year, kind of mentally, the long season, prepared, in better shape, and just every year, I try and learn more about basketball so, I was just really learning. Of course, playing more games, you get better and better so, I’m hoping after this year again I can improve more,” Ramos added.

The 24-year-old, who will be wearing a new jersey No.2, felt comfortable with his new teammates even he just arrived days ago.

As he begins a new chapter in his second B.League season, expect Ramos to do whatever it takes to help the Levanga win games.

“I really like playing defense, I like to play hard. I just try to do whatever it takes to win,” Ramos said. “Offensively, I like to you know, make plays, pass to my teammates, help them get open shots and stuff so, I think this team is gonna be good. I’m excited to play with them and play this season for all the fans.”