Justin Brownlee can’t wait to get into the PH red-white-and-blue and represent. —PBA Images

As he continues to wait for the day he can put on a Gilas Pilipinas jersey for international competitions, Justin Brownlee is already thrilled with the possibilities of playing alongside familiar foes in the Philippine Basketball Association (PBA).

“It’s just fun to be playing with some of the guys from the other teams,” Brownlee said when asked of his participation in the weekly national team practices that started recently.

Brownlee, the beloved hero of Barangay Ginebra since arriving in 2016 to turn the fortunes of the once-struggling franchise, is among the names the Samahang Basketbol ng Pilipinas (SBP) is eyeing as possible naturalized players in the future.

A bill filed in 2018 by Representative and NorthPort owner Mikee Romero seeking Brownlee’s naturalization has yet to reach significant strides, though a recent Senate inquiry on the Gilas program said the 34-year-old has completed necessary requirements in his bid to become a Filipino by law.

TNT import Cameron Oliver is the other player being eyed for naturalization, while Ateneo center Ange Kouame became a Filipino after his naturalization was signed into law by former President Rodrigo Duterte last year. 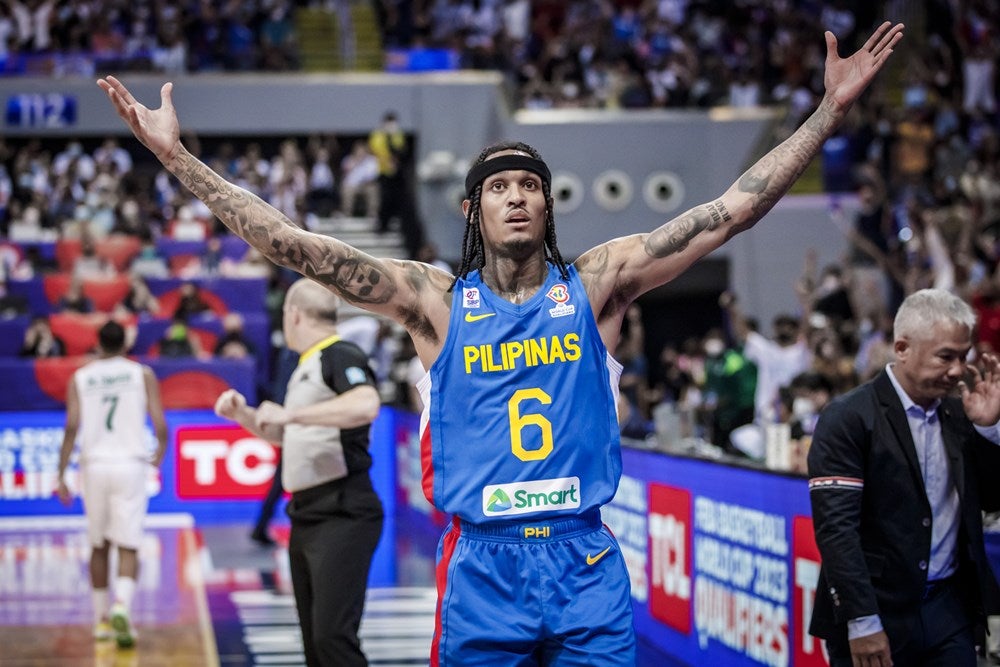 National Basketball Association cager Jordan Clarkson of the Utah Jazz has been ruled as a naturalized player after attempts by the SBP to seek the Fiba (International Basketball Federation) nod to make him eligible as a local fell through.

With Clarkson’s appearance in pre-World Cup events expected to be a rarity rather than the norm due to obvious reasons, the SBP would like nothing more than to have more options.

That includes Brownlee, who has mentioned names he hopes to be with as teammates someday.

“I definitely admire guys from other teams like, of course, June Mar Fajardo, CJ Perez, a couple of guys and Chris Newsome,” he said.

“It’s fun just to be around those guys you always compete with in the PBA, And it’s fun to see those guys being on the same side now,” added Brownlee.

In the meantime, Brownlee’s focus is on his latest tour of duty with Ginebra, which opened the Commissioner’s Cup on a horrendous note following a 93-71 defeat to Rain or Shine at Mall of Asia Arena.

“Our rhythm wasn’t there, that was obvious,” he said. “But I think we can definitely take something positive from the game. I think our rebounding was good, I think even our defense was okay granted that they hit a lot of three-point shots.”